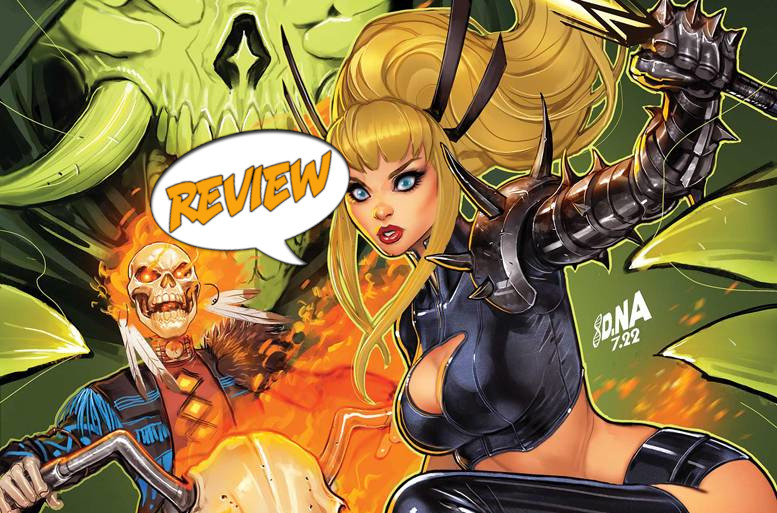 The Midnight Suns are stuck in the Dark Dimension! Find out if they can escape and save Zoe Laveau before it is too late in Midnight Suns #3 by Marvel Comics!

Previously in Midnight Suns: Zoe Laveau is caught in a terrible vision that will bring an apocalypse. Agatha Harkness has taken Zoe to safety. However, every magic user has seen this vision. Wolverine, Magik, Blade, Kushala, and Nico created the temporary team, the Midnight Suns. However, Clea sent them to the Dark Dimension to prevent their interference.

Midnight Suns #3 shows the team trying to escape the Dark Dimension; their only lead is a tower off in the distance. Spirit Rider uses his Spirit of Vengeance power to take control of a bat and flies toward the building. Unfortunately, they are struck down, and Nico is captured by a swarm of vampires. Luckily, Blade and Spirit Rider make quick work of the vampire swarm. After defeating the hive, they explore the tower and find Sorcerer Supreme Tony Stark… a Tony from another reality. Tony plans to send them to another realm but gives them new (matching) suits so they can survive in that dimension.

Meanwhile, Agatha and Zoe try to prevent the upcoming apocalypse, but Agatha Harkness may not be in her right mind.

Midnight Suns #3 suffers from telling a complex story with many characters with only five issues. Sometimes I want to hear more about the characters, but we must move the story along. Ethan Sacks creates some great moments between Magik and Nico, but he doesn’t have the time to expand those ideas to all the characters. Especially with the plot line being a little complicated, I want the pacing to slow down and focus on the characters so I can process the conflicts better.

I enjoyed the art style of the Dark Dimension, and Spirit Rider has unique character abilities that pop out on the page. However, the best part is the new costumes of the Midnight Suns. You can’t go wrong with unified black and red outfits. My only concern is that the costumes will be too dark to see amongst the shadow creature backgrounds. Still, splendid work by the creative team.

Midnight Suns #3 provides many good moments that make you want to know more about the character's interpersonal relationships.