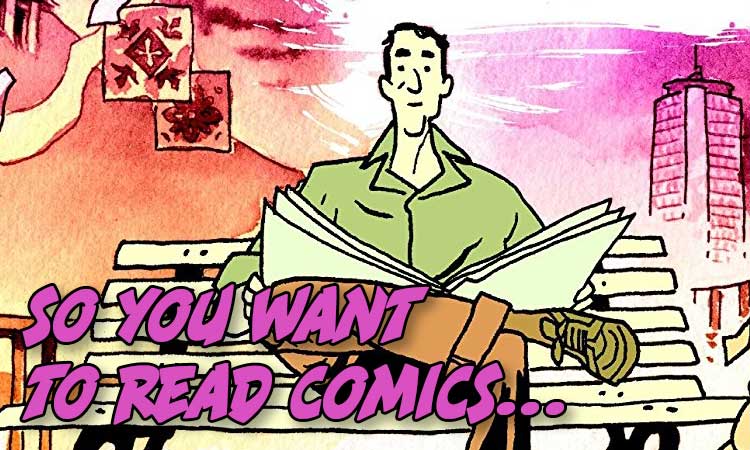 So You Want To Read Comics: Life and Death Edition

Oh boy, it’s about to get heavy in this week’s edition of “So You Want To Read Comics”.  This is a weekly feature where we look at a single topic and then offer up some comic book recommendations for new readers, based on that topic.  With Spring in the air, it’s the perfect time to take a look at, Life and Death.

There isn’t a single person out there who hasn’t been affected by life or death because well, they’re alive and they’re going to die.  But moreso than that, most of us have encountered some sort of creation that has dealt with this topic.  Some use paintings, some use philosophical theories, and some use TV and music to express their feelings or beliefs about life and death.  So common are these studies on life and death that they themselves have become focuses for others’ studies.  Beyond the academic though, shows, movies, books, and everything in between, about life and death can be cathartic, or edifying, or depressing, one way or the other, they make people feel.

Here are a few comics for you to check out if you like life and death and stuff.

It’s a bit difficult to talk about this one without inevitably spoiling what the major gimmick of this comic book series is.  So, *spoilers ahead*. Daytripper is a comic book series from Gabriel Ba and Fabio Moon which depicts various moments from an obituary writer’s life.  Sounds pretty standard right? Well, each section then ends with his death and the obituary that he would’ve written.  It’s an abstract and whimsical look at how as our lives go forward we become new people and the only thing that defines us at any given time is when and how our death happens.  Daytripper doesn’t revel in the grimness of death as some similar stories do, instead using bright, vivid, colors and expressive characters to celebrate life, right up until death. It’s a book that can be appreciated as simply visually intriguing or as a deeper philosophical reflection, or both.

Written and drawn by two of the most experimental and creative comic creators out there today, A.D. After Death is a story about what happens after death is finally conquered, the planet is drastically changed and people spend decades as frivolously as they would seconds waiting for a bus.  Focusing on a thief who was instrumental in helping bring about this new paradigm, this comic story shifts between a heist story and a meditation on the subjectivity of life and time.  What is a “long time” when it never ends?  A.D. After Death manages to pull off something that isn’t done very often in that it entertains with its unraveling mystery while not being afraid to entice the reader to ponder on the bigger themes.  Jeff Lemire’s art in this is his usual distinct style mixed with colors that look hand applied that might not be everyone’s cup of tea, but certainly gives this series a look unlike most comic books out there.

So there you have it.  Did you like these recommendations?  Do you have some suggestions of your own?  Let us know down in the comments section.