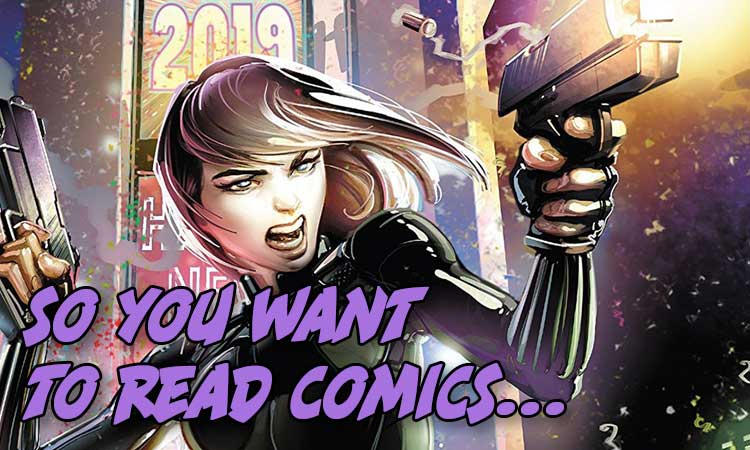 So You Want to Read Comics: Spy Edition

Synchronize your watches and pick a code name because it’s time for So You Want To Read Comics, our weekly feature where we take a look at a single topic, then suggest comic books for new readers, based on that topic.  This week we’re diving into the cloak and dagger world of spy fiction.

Ever since groups of people began to have strife with other groups of people, they have tried to find ways to secretly get the upper hand on their opponents and to do this they often employed spies.  As far back as the 1700s B.C. skilled persons have utilized subversion, deceit, stealth, and sometimes lethality to achieve their goals.  Of course, this led to them being ripe territory for exciting fiction to spring from.  Names like James Bond, Jason Bourne, and Jack Ryan have all become well known.  While movies like Tinker, Tailor, Soldier, Spy and the Mission: Impossible franchise have gripped us at the theaters with tales of these clandestine figures.

Of course, comic books got in on the spy game as well.  Here are a pair of titles centered around spies that are good for new readers.

We start off with the big man himself.  James Bond has been, arguably, the most well recognized spies (as ironic as that is) in fiction for the last 60 years and just as there have been multiple actors tapped to portray the characters, so has there been just as many takes on the character.  To the suspenseful tales in the early years of the films, to the more outlandish outings in the 70s, to the more grounded and gritty portrayal of recent years.  Here in James Bond: Hammerhead, we get a good mix of all of the elements that have made James an enduring character.  Caught up in a plot of dueling ideologies about the future of England, James is forced to really question his loyalties and beliefs.  Along the way though there’s romance, international travel, gadgets, cars, and over the top action. Basically, if you’re a fan of James Bond from any era, there is something in this story that should appeal to you.  Also, take note of the individual covers for this series that embodies the surrealist intro sequences that became hallmarks in the film franchise.

There’s no denying that if you want to read comics, eventually you’ll be interacting with something from Marvel of DC, so it’s good to try and find in-roads into these universes where you can.  Enter, Black Widow: No Restraints Play.  In this series we see Black Widow, having recently been dead and revived, she’s having a hard time controlling her more violent tendencies and assassin/spy instincts to kill.  So, she heads to a place where those things aren’t as frowned upon and stumbles across a plot that is so heinous that no one bats an eye when she fully lets loose.  While a good portion of this storyline is action focused, there are some nice moments of espionage at work here. Also, along the way you’ll be introduced to some other characters you might not be familiar with, but this series does a good job telling you what you need to know about them. This is just a solid “popcorn comic” it doesn’t try and do too much, it basically gives Black Widow a playground to be as badass as she can be and it’s enjoyable to watch that happen.

So, what did you think? Did you take a look at these comics? Do you have suggestions of your own?  Let us know in the comments section below.