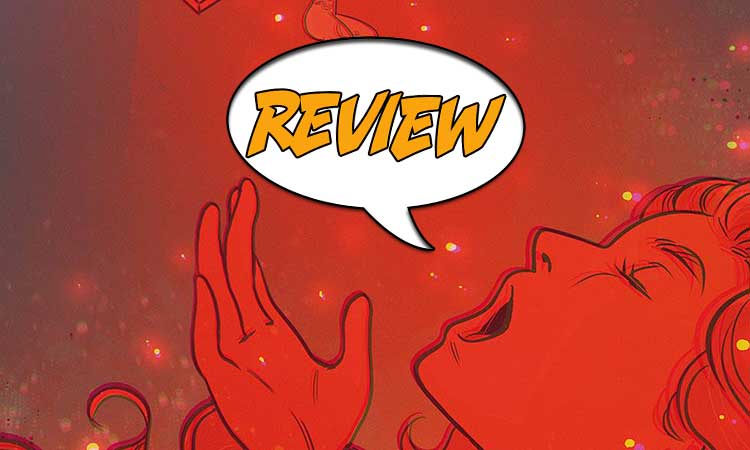 Devyn’s life has hit its fair share of bumps along the road, to the point where it’s unfixable, unless she had a do-over, of course.  Your Major Spoilers review of Bolero #1, awaits!

Previously in Bolero: Devyn is a 20 something-year-old living in L.A. with her girlfriend and their roommate who’s a rock star in the making. That is until a breakup sends Devyn spiraling down.

Bolero #1 opens with a rundown of how Devyn met Natasha, became a tattoo artist, and then how the both of them met Amina.  The three of them are doing well together and they make a lot of plans for the future.  Then Devyn and Natasha break up.  Then we see how some time has passed and things aren’t going great for Devyn.  Her depression over the breakup has led to her not taking on as many clients for clients for tattoos, which forces her boss to warn her that he’ll have to fire her if she doesn’t pick up the pace.  Later, Amina informs Devyn that she’s going to propose to her boyfriend at her next show, whom Devyn isn’t a fan of.  The night of the show Devyn shows up, trying to stay sober, until she sees Natasha.  This prompts her to find a random stranger, relapse, have a fling, and miss out on the proposal.  After a falling out with Amina, the stranger leads Devyn to a mysterious place where she’s given an offer.

Having gone into this blind without reading any solicitation on this, I was really impressed how Bolero #1 telegraphed its twist in such a way that made me question my own recollection of things.  Subtle things like a billboard for La La Land starring Michael B Jordan and Emma Watson, or uncommented on snow in L.A. helped create enough uncertainty that when the twist came towards the end it felt almost like relief.  The twist itself, which leads into the gimmick of the series, was fun and handled with just the right amount of humor and spookiness.  I’m interested to see how the gimmick actually plays out.  As for the rest of the issue, that’s where things get a little less impressive.  The problem is that it’s all one big cliché.  A young and attractive person, with a cool hip job, gets depressed, has relationship/substance issues, is a bad friend, and eventually alienates everyone before doing something drastic.  Everyone is just too cool here, that it’s almost difficult to take their problems seriously.  While this doesn’t ruin the issue by any means, it does create a hurdle that has to be crossed to get to the more interesting bits in the book.

The look of Bolero #1 can best be described as fitting.  It goes for a more selective approach when it comes to the details, focusing on just the ones needed to convey the right emotions.  This works really well here as the characters all come off as emotive, human, and distinct from one another.  For a comic that has a lot of representation, this is especially important, so it’s good to see they accomplished this.

BOTTOM LINE: A LITTLE ROCKY BUT WORTH FOLLOWING

The setup here in Bolero #1 can’t be denied.  What this issue promises for the future is both interesting and a unique breath into the more character-driven drama genre it occupies.  Unfortunately, none of the characters really hit home right now, which makes this issue less than stellar.  3.5 out of 5 stars.

Bolero #1 is a decent start to a series that has a really interesting premise that hopefully will be interesting to see play out. Unfortunately, the characters aren’t very interesting in this issue.