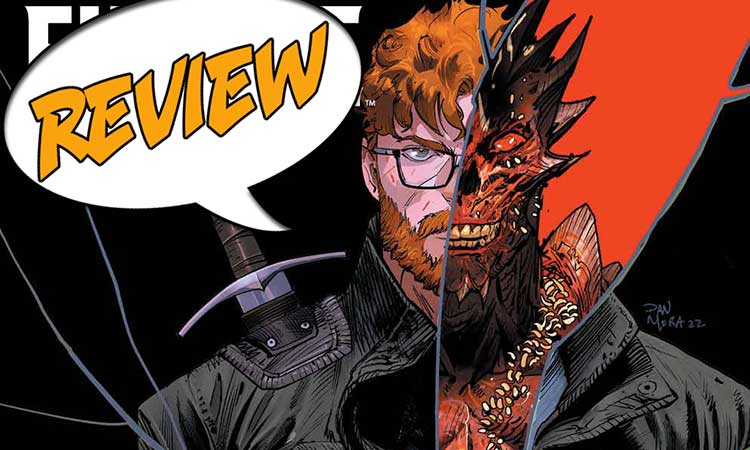 Once and Future #26 Review

Bridgette has plans to foil the Arthurs. Elaine has plans to get the Grail. But time is running short. Will any of their plans come to fruition? Find out in Once and Future #26 from BOOM! Studios.

Previously in Once and Future: Bridgette has a plan. This involves pulling Robin Hood into the conflict and getting herself, Duncan, and Rose accepted as Merry Men. Robin Hood has a story older than Arthur’s, and it ties back to the land of Britain itself. Besides if they become Merry Men, they gain the ability to travel mystically from forest to forest. Meanwhile, Elaine goes to the Grail Castle and talks her way in, claiming she was sent by Bridgette. The residents allow her in, but they are still skeptical of her. Lancelot is also drawn to the Grail Castle. And on the battlefield, a new third Arthur joints the fray – a modern creation of “steam and capital.”

Once and Future #2 opens in Margate. Arthur’s legend, over the years, has been explored by several authors including T. S. Elliot. Duncan sees a connection to The Wasteland. While they are there, the Green Knight drops in to remind Rose that the New Year is coming up soon, and she is still Gawain.

Back in Sherwood Forest, Bridgette tells Duncan and Rose more about her plan. It is convoluted, but the preceding issues have done their job in setting this up. Because the PM told everyone about the creatures from the Otherworld, everyone knows about them, and all of Britain has been drawn into the Otherworld. She plans to let Leir loose, which should create a huge storm. Robin Hood can make battle difficult for the Arthurs, but bad weather will make it even more challenging for them. Bath is home to a Gorgon, but also to the River Lethe, and if they can divert that to the Avon, it could interfere with people’s memories. I think this is a clever use of the legends.

Meanwhile, at the Grail Castle, Elaine is hard at work trying to get the Grail. The closest she can get to a new Galahad is Bev, whose middle name is Gail. They have been calling her “Galahad” for two weeks and given her some armor, a shield, and a sword. I’m not sure what Elaine had in mind, but when “Galahad” is attacked, Lancelot appears and saves her. It turns out she is trying to save her son within the confines of the story. She talks Lancelot into going after their son.

Galahad is still a zombie centaur, but more pensive. It almost seems that he is trying not to be involved anymore when Lancelot finds him. He tells Galahad that Elaine still believes he can get the Grail, and Galahad clings to that and agrees to do it.

The end of the year draws closer, and Duncan arranges for a date of sorts with Rose. They reminisce about a few crazy things that were not part of what we read. It may be an odd date, but they enjoy the time together. At least until Bridgette shows up. Although she is pretty confident that her plan is still going to work…

In Once and Future #26 I like the way different areas in the Otherworld take on some of the characteristics of the literary work they are associated with. Margate is lovely and peaceful, but also empty. Despite the sunshine, there is a bleakness to it. This makes it all the more striking when the Green Knight shows up. He carries his own aura with him and seems almost jolly about the upcoming game, even though it is a game of cleaving someone in twain.

The scene with Elaine is powerful. Elaine continues to act as though she is in control, but we can see some desperation in her eyes along with a sort of crazed determination. We can tell from the start that sending Bev in as a Galahad is madness. Bev is game, but she is a small, old lady. Her legs are skinny. She looks almost like a child in the chainmail. The sword she drags along is almost as long as she is tall. We wonder at how Elaine talked her into doing this, and I felt great relief when Lancelot showed up to rescue her. And then I wondered whether that was Elaine’s plot after all. She is every bit as devious as Bridgette.

Once and Future #26 draws several threads of the story closer together, although in my heart I have to suspect that things cannot possibly end tidily. I love how all the pieces have been clicking together.

Bridgette finally reveals her plan – but will it be enough?