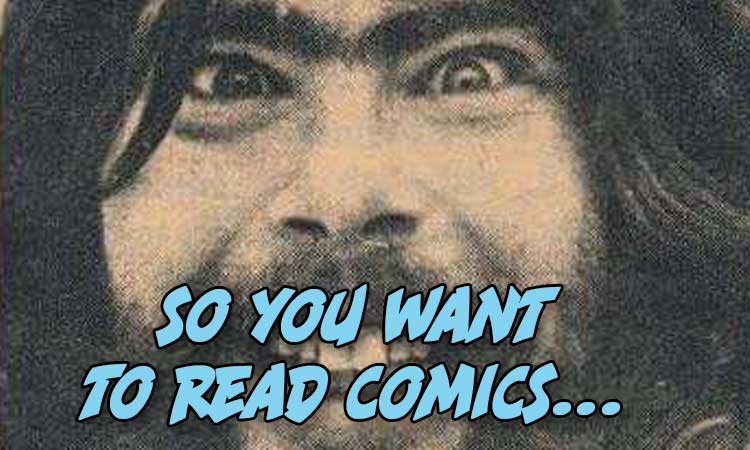 So You Want To Read Comics: Stephen King Edition

Book your tickets to Maine, it’s time for “So You Want To Read Comics”,  a weekly feature where we take a look at a single topic and then offer a pair of comic book recommendations for new readers, based on that topic.  This week, we’re getting spooky and looking at Stephen King.

There’s few authors out there these days, whose book releases are still considered “events” and with around 350 million books sold, it’s fair to consider Stephen King part of that group. Known for his unsettling tales of suspense, horror, and supernatural fiction, King has been a published author since 1967.  Utilizing a conversational, story first, style of writing that often focuses on the most sinister elements of humanity, Stephen King helped change the landscape of mass market literature, by adding a certain amount of darkness to popular fiction.  He’s also known for having characters with deep character flaws and/or having physical disabilities, his stories are often considered very relatable even when they stretch deep into the fantasy or supernatural genre.  It should also be said that Stephen King is one of the most adapted authors out there.  With over 100 adaptations spread across the worlds of movies, television, and comic books, his stories have proven themselves to be flexible and enjoyable in multiple mediums and there’s a good chance you’ve seen one without realizing it.

So, without any further ado, let’s take a look a couple of comic books, perfect for fans of Stephen King, who want to get into comic book reading.

One of the best aspects of comic books is how if they follow a regular release schedule and utilize the traditional “floppy” format, you can get a lot of story in a relatively short period of time, without having to wait too long. This can be useful in a number of ways, in this particular scenario though, it’s useful in filling in holes.  The Dark Tower series is one of Stephen King’s most celebrated but also most maligned works.  Many critics felt like it never capitalized on a promising start and left too many things unanswered.  That’s where this comic series comes in.  Produced in part with Stephen King, this series and subsequent series help fill out the world created with The Dark Tower books.  We get a more in-depth look at the character of Roland in particular, but also a deeper dive into some flashbacks that were in the main novels. It may not fix all the problems a reader may have with the series, but for those who enjoyed it, it’s a nice addition.  Plus, while this series is only 7 issues, the ones that follow it push the amount of Dark Tower comic books to nearly 100.

You can purchase this collection via the comiXology affiliate link.

Okay, let’s get this out of the way. Yes, Joe Hill is Stephen King’s son.  Yes, Joe Hill deserves credit for being a talented creator on his own and shouldn’t always be tied to his father, which he has considering this series has won four major comics awards and has been nominated for many mroe. Now, with that being said: Locke & Key has a lot of characteristics that are shared by many of Stephen King’s novels.  This series focuses on a group of children who are coping with severe trauma, who uncover that the house they moved to, has a set of keys that do supernatural things that they utilize to help them in dealing with the spirits that haunt the house.  So much of this story is propelled by the dark urges of the characters, not any desire for world domination or anything like that, simply desires to inflict themselves on others.  Also, most of the characters are flawed, even the “good guys”.  The entire family that the story focuses on are caught up in each of their unique, but unhealthy, coping mechanisms over their shared trauma. Though the long run of this comic series just about every genre that Stephen King is known for is touched on.  There’s story arcs dealing with murder, ghosts, history, God, and sexuality.  Oh, and very much like many of Stephen King’s works, this too has been adapted into a television series.

What do you think of these recommendations?  Do you have suggestions of your own? What’s your experience with Stephen King? Let us know in the comments section.