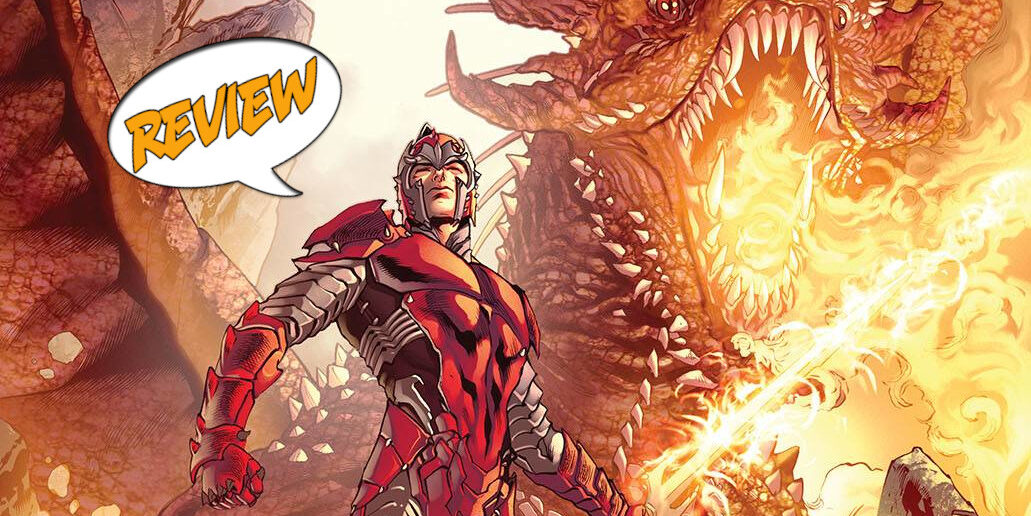 The Dragon Clan is a legend of evil dragon riders that perished but now have returned! Find out more in Myths & Legends Quarterly: Dragon Clan by Zenescope Entertainment! Previously in Myths and Legends: Welcome to the 72-page standalone story that shows a new evil coming to the Grimm Universe! When a group of archeologists discover artifacts from the Dragon Clan, what could go wrong?

The Slayer once stopped three evil Dragon Riders from destroying the world by turning them and himself to stone! In present day, archeologist Ryan, Rachel, Vincent, and Trevor sign on to a project to look for clues about this ancient Dragon Clan. Following a scroll, they find the Dragon Clan’s stone bodies. Ryan, Rachel, and Vincent decide to put on three artifacts that once belonged to these evil people. As they did, they gained the consciousness of the dragon riders and their abilities. Trevor on the other hand, is nervous and unsure what to do which causes Rachel to kill him.

With the Dragon Clan resurrected, it also brings back the Slayer who hunts down the Dragon Clan and ultimately destroys them. However, as he prepares to land the last blow, he turns into Trevor who has fused with the Slayer. Meanwhile, the dragon clan is brought back to life by the Dark Princess who seems to have a bigger scheme.

ROUNDING OUT THE TEAM

I am not a fan of flashbacks, but this story uses it quite well. Each of the major characters got a moment to see their backstories and motivations. We see Rachel watching her mother OD on drugs and Trevor was a cop who accidentally shot a man. These sort of things usually annoy me but it actually provided some much needed insight on the story. And it gave me attachment to these characters because I understand a bit of where they came from. Without these flashbacks, I wouldn’t have cared Trevor was killed.

Despite the length of the book, I felt like it was a solid one sitting read. It flowed naturally and didn’t overwhelm me with content. Though I understand that this comic sets up a prologue of a new hero and villain, it didn’t have any themes that immediately grabbed me. There is a theme about broken people trying to recover but you could say that about most comics. Still a fun read with exciting art.

I liked this book a lot because they made simple characters engaging. Excellent writing and art from the creative team and I want to know more about what they do with these characters. 4.5 out of 5 from me.

This comic introduces a new hero and villain group and provides a well rounded story of why they are who they are.