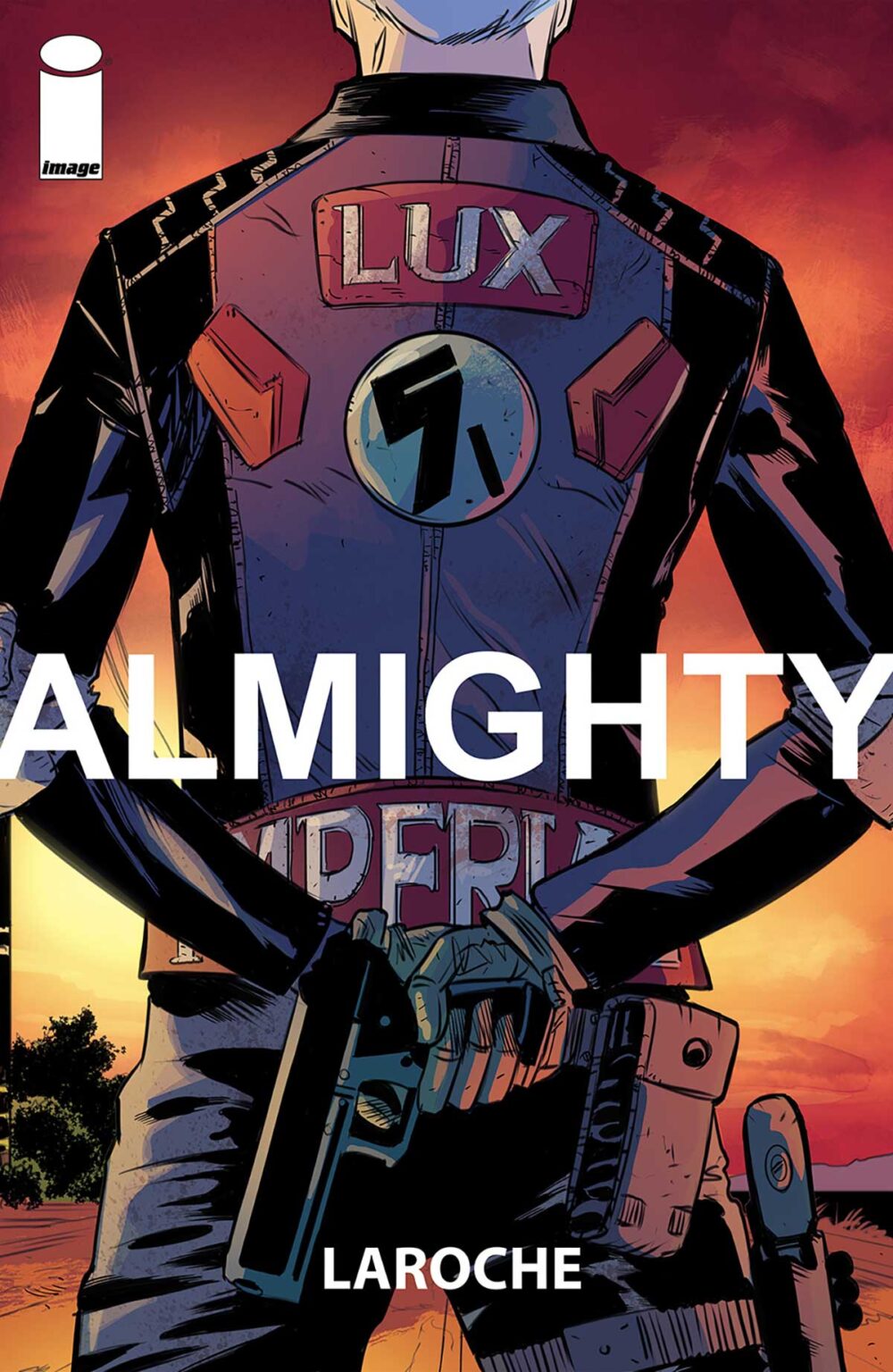 Image Comics announced Ed Laroche is back for an all-new fire-issue mini-series. Almighty is described as Mad Max meets Annihilation.

“I can’t wait for people to experience this story; each issue ratchets up the tension culminating in one of the most unexpected climaxes put to paper,” said Laroche in a press release from Image Comics.

The year is 2098 in a Third World America ravaged by economic collapse, anarcho-warfare, and a mysterious environmental disaster contained behind a massive wall. A girl has been abducted, and a killer has been hired to find her and bring her home.