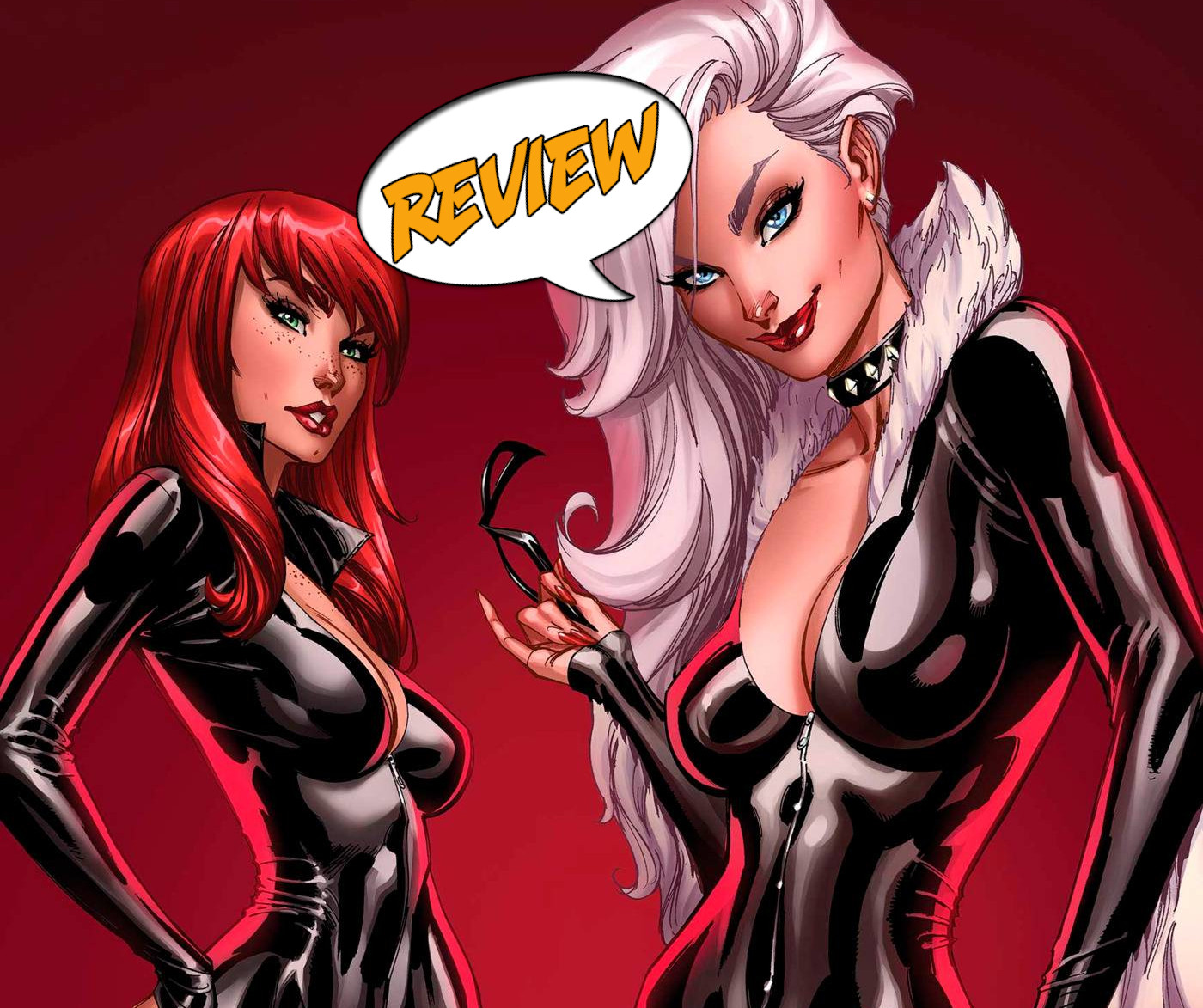 Peter Parker is recovering from a deadly injury, but luckily he has MJ and the Black Cat looking over him! Find out what happens in Mary Jane and Black Cat: Beyond #1 by Marvel Comics!

MARY JANE AND BLACK CAT: BEYOND #1

Previously in Black Cat: Peter Parker is recovering from a deadly fight. While he is on the mend, Ben Riley has taken over the mantle of Spider-Man. Mary Jane Watson and Felicia Hardy make sure Peter rests and trains before returning to his heroic ways.

Mary Jane and Black Cat: Beyond #1 starts with Felicia Hardy coming to the hospital to check on Peter Parker. What she finds is Parker Robbins, known better as The Hood, with a gun pointed at MJ and Peter. What Robbins wants is simple. He wants the Black Cat to find his hood and return it. The Hood lost his… well hood during a fight with Hawkeye. Hawkeye made a deal with Count Nefaria to somehow beat him. So Black Cat’s first stop is to find out what Nefaria may know. Her usual tactics are unable to persuade the villain. Still, the Count is apparently a big fan of actress MJ Watson, and MJ coaxes information from him. Nefaria gave Hawkeye a demon in the form of a duffel back to defeat the Hood.

Next, we get a montage of MJ and Felicia questioning anyone who may know where this duffel bag is, and they realize the Tombstone must have it. MJ dresses up as the Black Cat to coax the Tombstone out of his building while Felicia pulls off a successful heist. The duffel bag demon has eaten the hood, but the duo plants a trap for Parker Robbins. The bag pretends to be the magic hood but ends up killing Parker.

Yeah, it is as weird as it sounds.

WHAT A WEIRD COMIC

I don’t know where to start with Mary Jane and Black Cat: Beyond #1. This plot is all over the place and is difficult to follow. The premise and hook begin well enough but don’t keep up with the promises it set off in the present. What it does well explores the relationship between our two title characters. Black Cat may not be the best love interest for Peter Parker, but Peter Parker is the best love interest for Black Cat. And when we take away Peter Parker from the equation and add in Mary Jane, we see an interesting dynamic. If only the plot wasn’t so… all over the place.

After my first read-through, I also noticed that the solicitation on previewsworld.com was inaccurate to what the story is about. This issue feels rushed, and I wonder if there was a deeper publication reason for how frustratingly bad this comic was. Just speculation, though. But hey, we got to see a duffel bag demon. So that happened.

BOTTOM LINE: NOT A GREAT BOOK

You can skip for Mary Jane and Black Cat: Beyond #1. There is so much room for the potential for these two characters, but I don’t think this comic addressed them. 2.5 out of 5 stars from me for this one.

Mary Jane & Black Cat: Beyond #1 is all over the place and doesn't seem to know what it is trying to do.