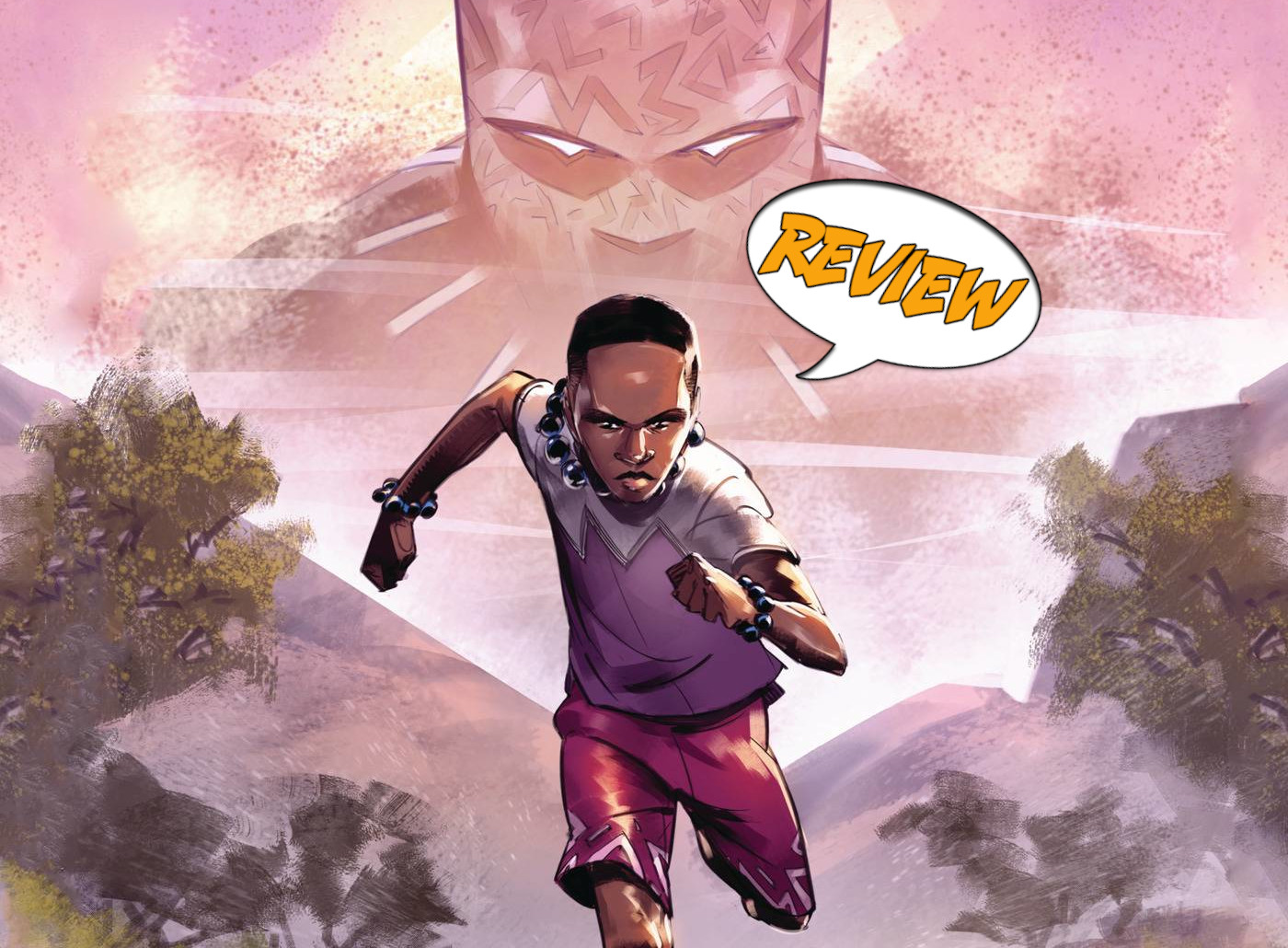 Previously in Black Panther: T’Challa wasn’t always the King of Wakanda, once upon a time he was a son and a brother. Check out this revisit of the Black Panther origin story and how he became the hero we all know him to be.

YOU GOT A FRIEND IN ME

Black Panther Legends #1 begins with a fun race between T’Challa and his adopted brother Hunter. As they return back to their parents, T’Chaka tells them that they are going to South Africa to pay respects and to remember the world is different outside of Wakanda. Primarily, Hunter is treated differently because he is white. T’Challa learns that his grandmother was a revolutionary in the anti-Apartheid movement. This inspiring story pushed T’Challa to action when he noticed a kid being beaten. T’Challa and Hunter stand up against a handful of bullies until they are caught by police. During the fight, T’challa loses one of his vibranium bracelets.

Back in Wakanda, Hunter comes to terms with the fact that T’Challa is better suited to take the throne then him because of his choice to save a stranger. Meanwhile, T’Chaka is in a meeting with Mr. Klaue who wants to mine vibranium. When T’Chaka refuses, Klaue reveals that he has T’challa’s lost bracelet which angers T’Chaka. A fight quickly ensues, and we see the last panel where T’Challa begs his father to wake up.

Black Panther Legends #1 almost feels like an origin story for Hunter/White Wolf over T’Challa and I had a little trouble trying to figure out why I thought that. I think it is because in this issue, we get more character development from Hunter then T’Challa. Hunter makes a critical decision to not take over the throne, a decision we know he struggles with later in his life. But at the moment, it sets him up to be a great ally for T’challa as he deals with his father’s death. Because of that, I think I’m more engaged with Hunter’s character arc than anyone else. I admit, this may have to do with the fact that he is more of a mystery to me. Black Panther has gotten a lot of pop culture attention lately and I have a preconceived notion of the character that makes him less engaging to me.

This comic does a cool job reintroducing Black Panther to a modern audience and may be a good jumping on point for people who are familiar with the movies. So if you are looking for a gift for someone who is trying to get into comics, then maybe pick this up.

Black Panther Legends #1 is good, solid writing with good, solid art. While this story isn’t new, we can appreciate a solid retelling by a great creative team. 4 out of 5 starts for this one and I can’t wait to gift the trade paperback to some of friends looking for an entry into Marvel Comics.

Black Panther Legends #1 is a great entry point for someone who is looking for a place to start reading comics.