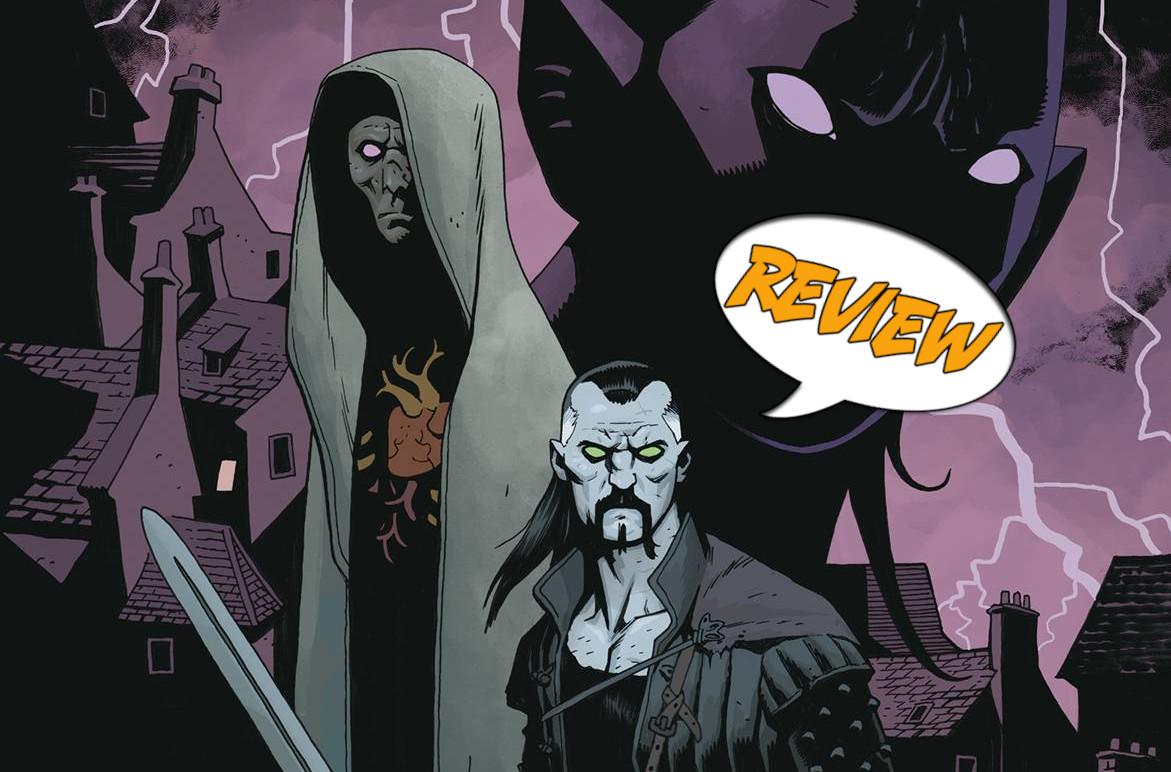 Hellboy is gone, but there is still evil lurking. Can Koshchei leave his home and take up his sword once more? Find out in Koshchei in Hell #1 by Dark Horse Comics!

Previously in Hellboy: Hellboy cut Satan’s throat and caused a river of blood to flow. Gamori then screamed and collapsed the entire capital city of Pandemonium onto Hellboy. Elsewhere, Koshchei the Deathless is a man who was rebuilt by a dragon and became a dragon slayer. After living a complicated life, he has since calmed down and retired.

Koshchei in Hell #1 starts with Edward Grey visiting Koshchei. Edward informs him that Hellboy is gone and has left the entirety of Hell to Koshchei. However, Koshchei is content with drinking wine and reading books for the rest of his days. He also warms that Pluto is coming back. Edward leaves and is taken back to England while Koshchei gets rid of the cobwebs on his sword and heads to Pandemonium, the capital of Hell. He is led to a boat, where he is informed about what happened and is given a magic ring. As he sails off, he fights two sea beasts using the ring’s power and prepares to encounter Gamori.

A TON OF EXPOSITION

Koshchei in Hell #1 just sets up a ton of exposition. Mike Mignola does a fantastic job allowing any reader to jump into any issue of the Hellboy mythos and informing them about what is going on. This is a positive for me as I’m unfamiliar with everything Hellboy. While I enjoy the mythos used, I find it hard to keep up with this series. This particular issue informed me who Koshchei was and what was happening in the timeline. However, it didn’t give me much else besides that. I don’t know this series’ themes yet, but my interest is piqued.

The art is fantastic, however, and in that Hellboy style. I particularly liked the interpretation of the sea beasts. Splendid work by the creative team.

The plot and premise of Koshchei are exciting, but I don’t know if I will like the series. However, I trust Mike Mignola to tell a delightful story and will be picking up the next issue. This is a solid 3.5 out of 5 stars for Koshchei in Hell #1.

Koshchei in Hell #1 reminds the reader about the Hellboy mythos and sets up the narrative arc but doesn't bring in new ideas quite yet.