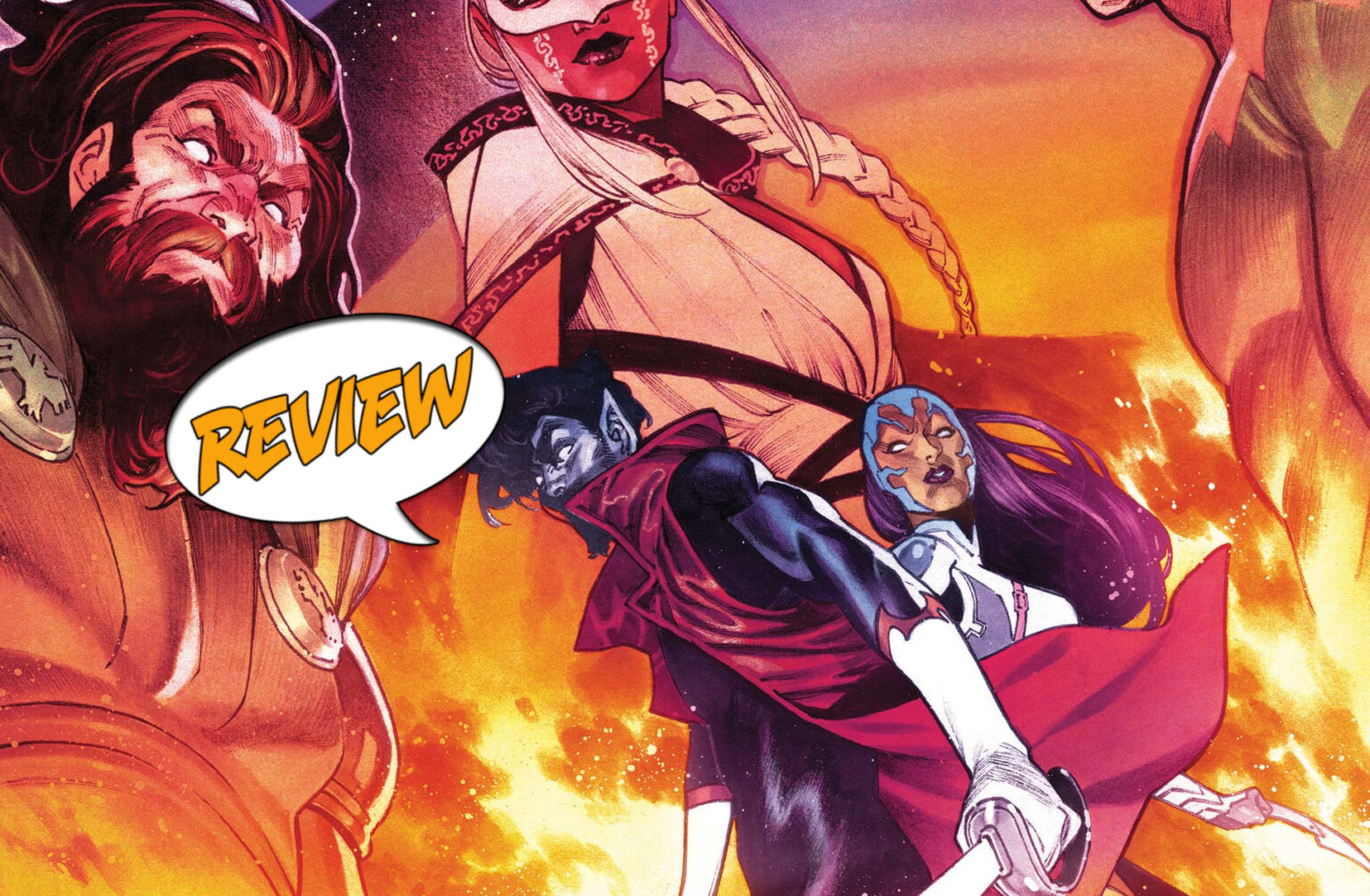 Nightcrawler is on the hunt for a demigod and a skinjacker. Can he and his legionnaires figure out who is behind all this chaos? Find out in Legion of X #4 by Marvel Comics!

Previously in Legion of X:  Nightcrawler has created The Spark, the philosophy for mutant kind. Working with Legion, he made a mind space called the Altar and formed a group of mutants called the Legionnaires. Ora Serrata, the Witness of Arakko, has sent weaponless Zsen to Krakoa to investigate a missing deity. Nightcrawler is in the pursuit of Switch, a skinjacker. However, they quickly find that their two targets are working together.

Legion of X #4 has multiple plotlines going on. Legion confronts Xavier about Juggernaut and semi-lectures him about secrets. Xavier mind wipes Juggernaut, but Legion reveals that Xavier himself has been body jacked. On top of that, some of Xavier’s memories may have been erased. Meanwhile, Zsen returns to Arrako to investigate the terrorism of the missing mischief god, where she realizes that the destruction improved the conditions of the surrounding area. When reporting to Ora Serrata, she is suddenly attacked.

Additionally, Switch has escaped and is wreaking havoc. Nightcrawler talks to the god granting Switch powers and has a philosophical debate with it. This god is not a god of trickery but of chaos created from other gods’ parts. Nightcrawler encourages this deity to believe in itself rather than by the faith of others and offers the deity sanctuary. Nightcrawler and Zsen also realize that the being who created the chaos deity is Ora.

Throughout Legion of X #4, Nightcrawler and Zsen debate ideologies in bed. Between acts of passion, they discuss what religion means, leading to Nightcrawler talking to the entity about believing in oneself. This narrative structure dispersing this conversation in between the plotlines provides exciting context. Writers often use intimate scenes to express vulnerability between two characters. Nightcrawler and Zsen are very rigid in their outward persona, so showing this vulnerability showed a different side to their characters. While I’m unsure about the decision to make them sleep with each other, it provides a significant bit of honesty amongst the deceit that exists within Krakoa. Excellent writing from Si Spurrier, and I’m impressed with the execution of this complex concept.

I’m intrigued by the use of color within these comic book pages. The backgrounds are intense and often overpower the characters. But that feels very intentional. These splash pages with bright backgrounds feel appropriate in a story about mutant religion and doing something bigger than oneself.

Legion of X #4 has been a fantastic series. Not only am I a huge fan of Legion and Nightcrawler, but they also provided great antagonists to pit them against. I want to know more about the Arakko mutants and the increasingly questionable methods of Professor X. The art and writing work together in tandem, making Legion of X #4 a 4.5 out of 5 stars!

Legion of X #4 is a thrilling story exploring the philosophy of religion between Arakko and Krakoa in a spectacular way.