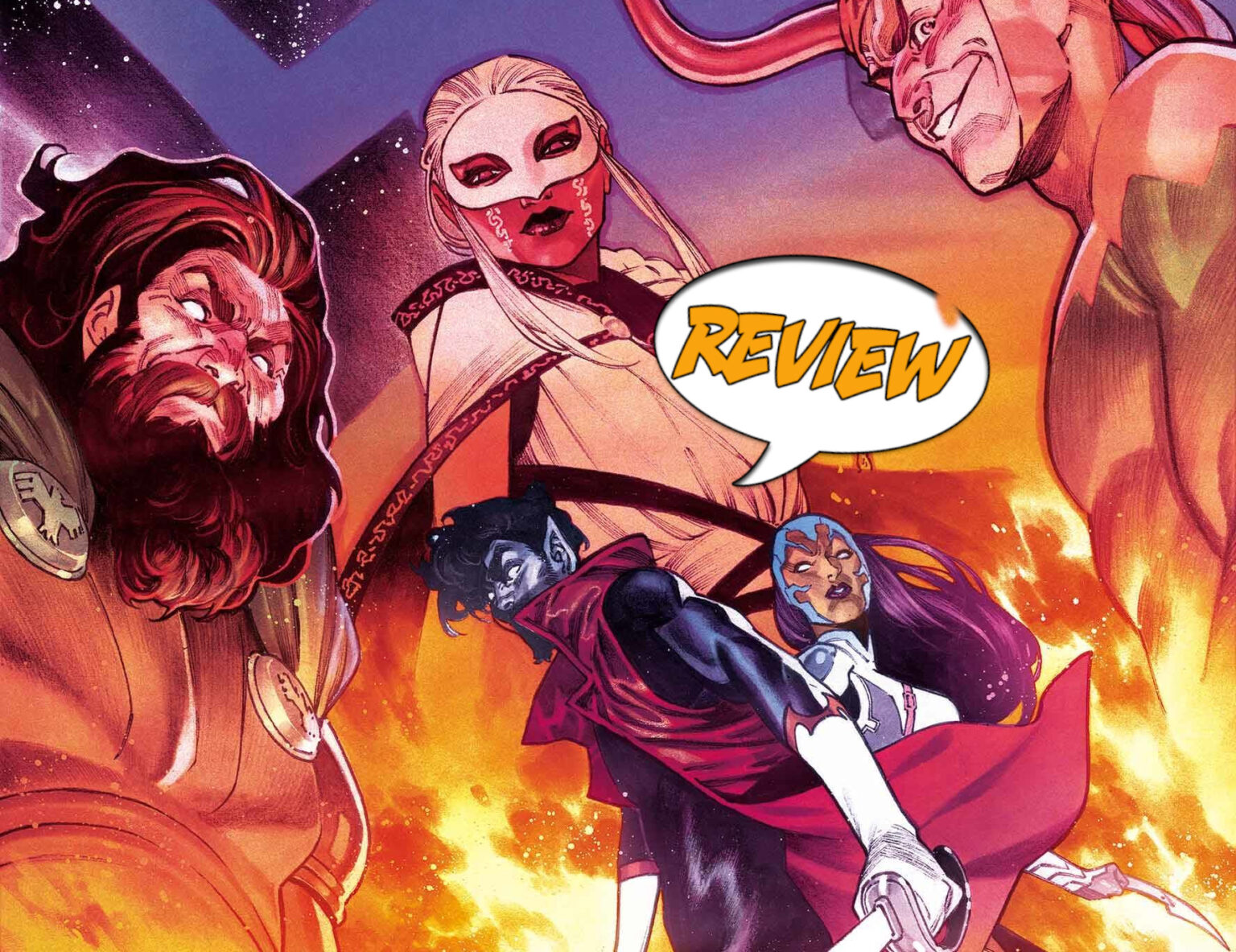 Nightcrawler and his legionnaires are after a shapechanger and an Arakko deity. Will his team and new devotees survive these new enemies? Find out in Legion of X #3 by Marvel Comics!

Previously in Legion of X: Nightcrawler is the spiritual leader of Krakoa. With Legion’s help, he has created a mental space for people to be safe and explore the Spark. However, Weaponless Zsen has come from Arakko to hunt a fugitive god, and a skinjacker has plagued the island, causing havoc. On top of that, an entity called Mother Righteous emerged from the Astral Plane and found a follower in Banshee.

WHAT DO YOU BELIEVE?

Legion of X #3 starts with an action scene where Pixie finally catches the skinjacker. On top of that, Juggernaut struggles after losing control of his body. Legion encourages Juggernaut to face his demons instead of making him forget them as Professor X recommended. Meanwhile, Nightcrawler and Weaponless Zsen go into the astral plane and the land of dreams to look for the fugitive god. The only thing they can find is Pixie losing the fight with the skinjacker.

Juggernaut arrives to save Pixie, and the legionnaires realize that the skinjacker is a worshiper of the Arakki deity, gaining extra powers. And to everyone’s surprise, Banshee returns with the powers of Ghost Rider!

The cast of characters is interesting in Legion of X. Banshee and Juggernaut work on the same team and have similar narrative arcs of shame and helplessness. In a way, this is an excellent team for a comic that explores the religion of Krakoa. However, the vibe of the story is negative. A lot of people are on the verge of managing their insecurities. However, since this is a middle issue, we don’t quite get to those resolutions. And for some reason, that is a little frustrating to me. Seeing characters go through so much doubt promises a solid final issue but doesn’t give me much to latch on to here.

I did appreciate Legion’s commentary about his father with Juggernaut. Many X-Men comics have poked at Professor X’s ability to lead. And I wonder if this foreshadows the next chapter where Professor X is not a primary character.

I really like the ideas of Legion of X #3, but this issue doesn’t stand well by itself. Legion of X will undoubtedly read better as a trade paperback than in single issues. However, the art, specifically the colors, are incredibly well done and pop out on the page. 3.5 out of 5 stars.

Legion of X #3 promises significant conclusions but gives a depressing vibe within this specific issue.