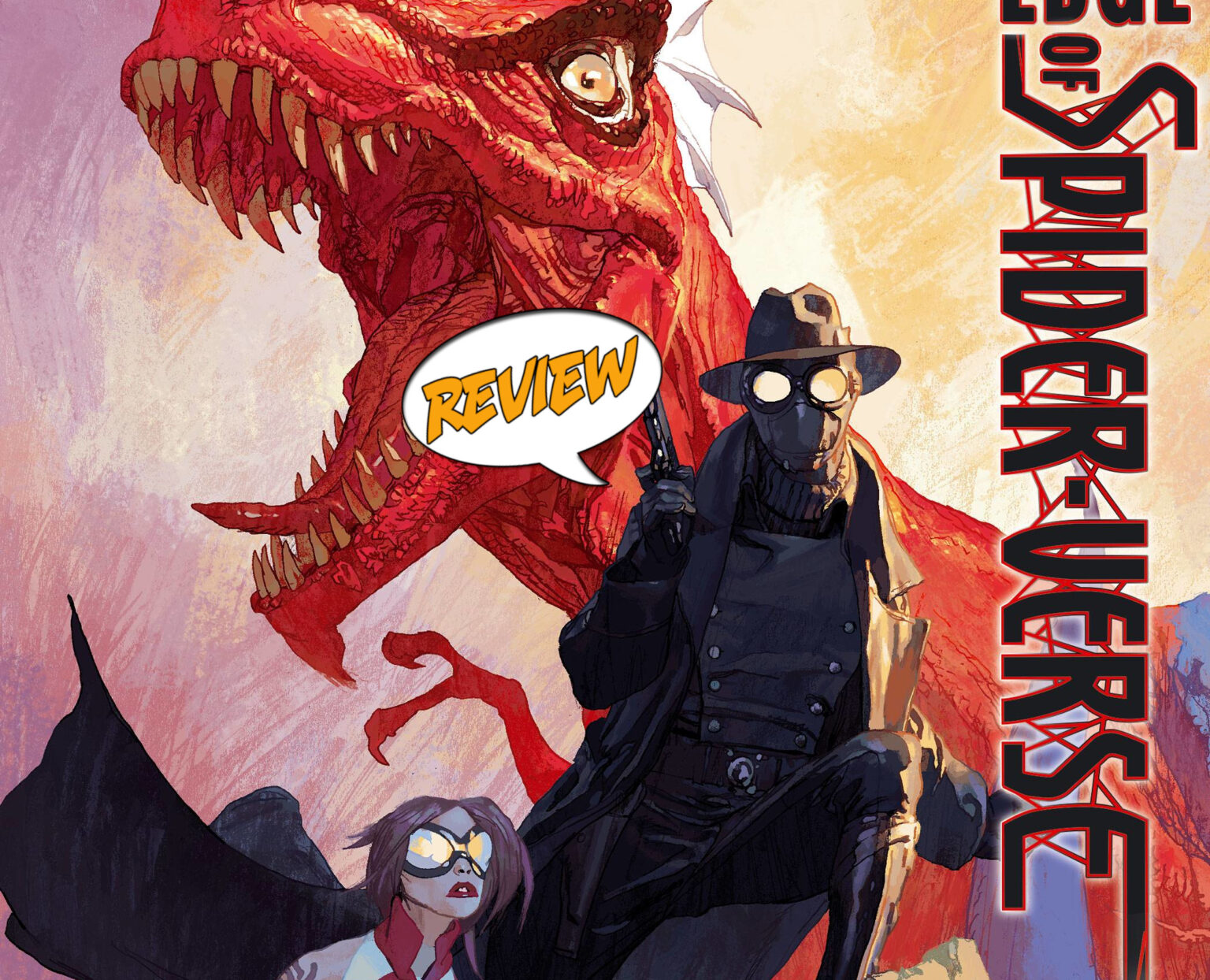 The Spider-Verse is in trouble again! Can Araña figure out what is going on before it is too late? Find out in Edge of Spider-Verse #1 by Marvel Comics!

Previously in Edge of Spider-Verse: Spider-Verse is back with brand new spider characters! Anya Corazon returns as Araña, who was once named Spider-Girl!

Edge of Spider-Verse #1 has several plots with various spider characters. The bulk of the book focuses on Araña, who has jolts of pain during her patrols that nearly gets her killed while fighting a group of mutated vermin in Central Park. She is saved by Madame Web, who tells her that her old powers are coming back. She also reveals that the Sisterhood of the Wasp is back under a new hunter, Delilah. Donning a new costume, she heads to a concert to stop Delilah from turning more people into mindless monsters. Though she is struck by some pain, she overpowers Deliliah.

Edge of Spider-Verse #1 features four different creative teams with four distinct styles. Two of these stories introduce new versions of Spider-Man, and the main story dynamically redefines Araña. However, it isn’t until the Spidey Noir story do we really get anything to latch on to. Spider-Man Noir struggles with being in a different genre that emphasizes many inner monologue words. Its muted colors provide a stark contrast to the other stories. And it was interesting to read a sultry story that ultimately ends poorly. This is the strongest part of the comic, and I almost wish this was the main feature as it seems to hook us into the main plot.

Spider-Rex and Spider-Laird didn’t get my attention at all. They are fun concepts, but they were only a few pages each and didn’t give me enough to connect with. However, Anya Corazon has the potential to be an engaging character. Despite the dangerous circumstances, her light-hearted portrayal feels suitable for the Spider-Man brand. Great work here.

BOTTOM LINE: NOT SURE YET

I really enjoy the Spider-Verse storylines. However, this one left me confused. The narrative structure doesn’t quite tell me what the threat is yet and why I should care. However, the creative teams are doing a solid job introducing their characters, even if some are silly. 4 out of 5 stars for Edge of Spider-Verse #1.

Edge of Spider-Verse #1 has a lot of fun ideas but leaves me confused about the main threat.