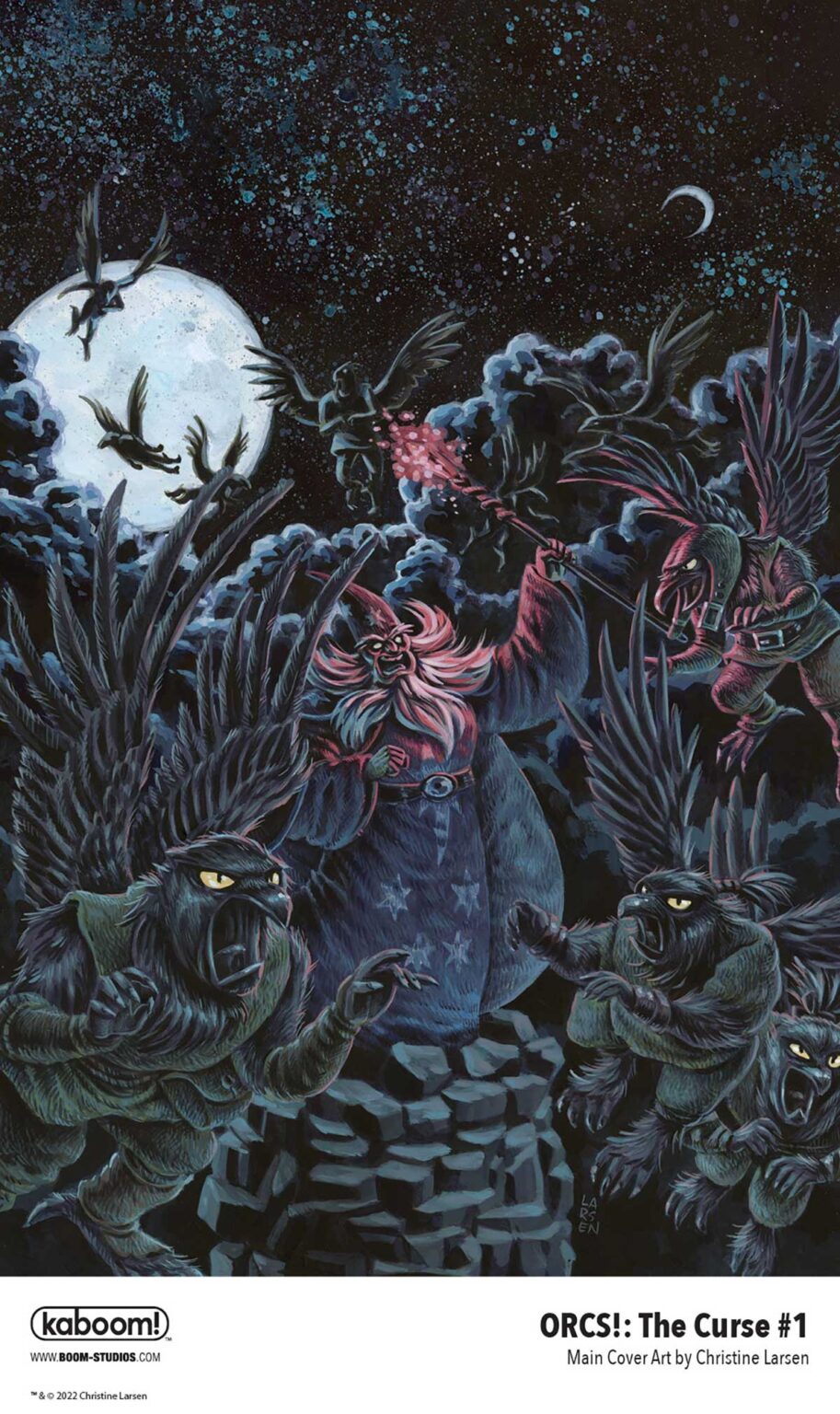 BOOM! Studios released a first look at ORCS!: The Curse #1 by cartoonist Christine Larsen that arrives in June 2022.

The fun and fantastical ORCS! return with a brand new adventure that’s darker and more rambunctious than ever! After returning from their travels and celebrating with a dance party, a prank gone wrong inadvertently unleashes something ancient and evil. Even worse, in a tower in the middle of a dark forest, a wizard with grand, sinister plans needs a real army, and his sight turns toward the Orcish tribe…