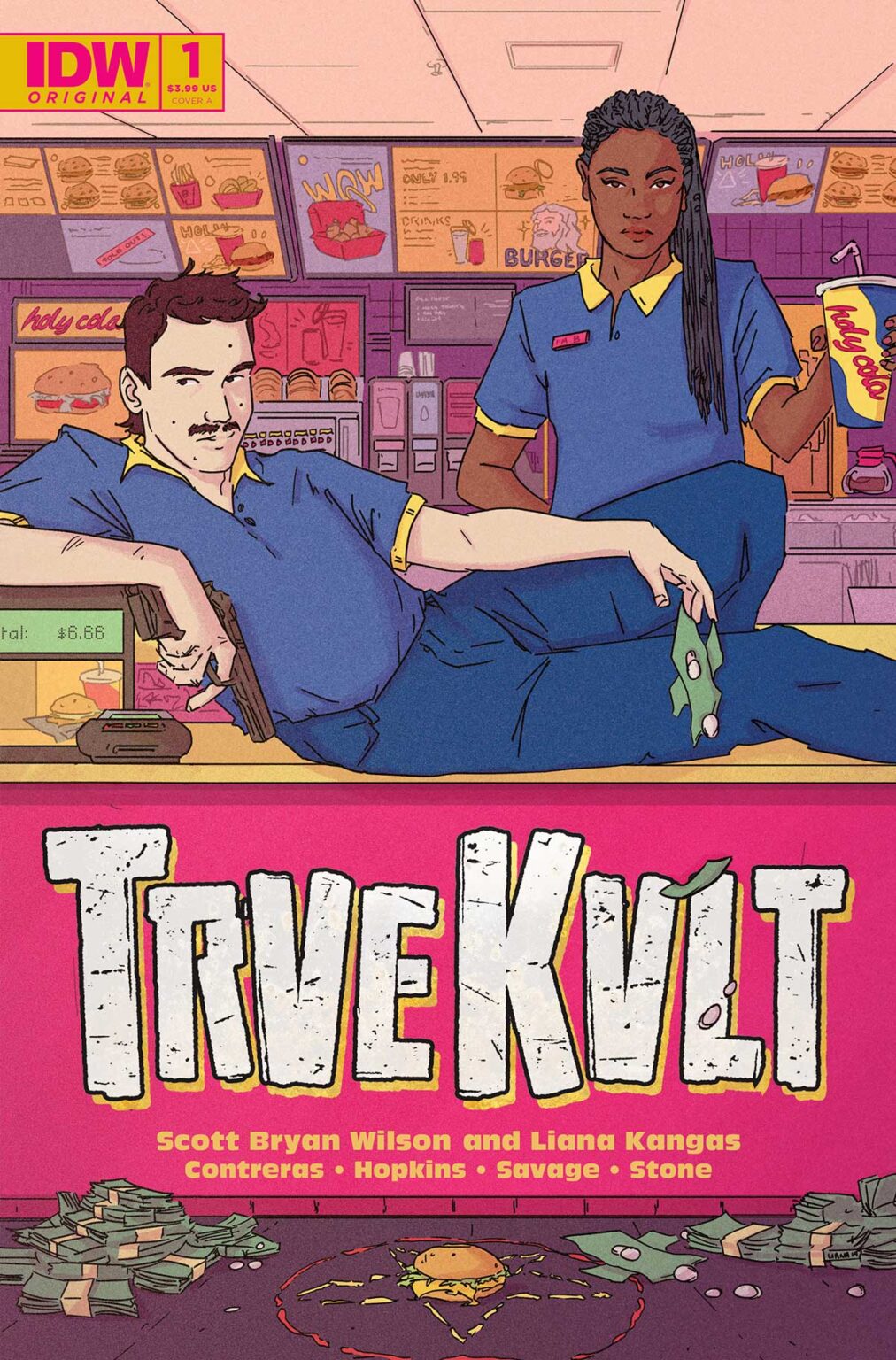 After fifteen years working for local fast-food franchise Burger Lord, down-and-out loser and proud metalhead Marty (aka “Tarantula”) feels burned out and ready for a full-life reset. After his last-ditch attempt to lock down some cash goes awry, Marty—alongside plucky new Burger Lord hire Alison—finds himself ensnared in the web of a violent satanic death cult with ruthless and deadly intentions.

“I had an idea for a project set in the world of fast food that had supernatural/satanic elements,” Wilson said in a press release from IDW Publishing. “Liana [Kangas] and I bonded over our time in the trenches working fast food and got more and more excited about building the world of Burger Lord. We saw that our excitement for the subject matter resonated with fans, too. It seems like everybody has, or has had, a terrible job with an incompetent boss that they hated. We’re so thrilled to team up with IDW to get this to a wider audience!”