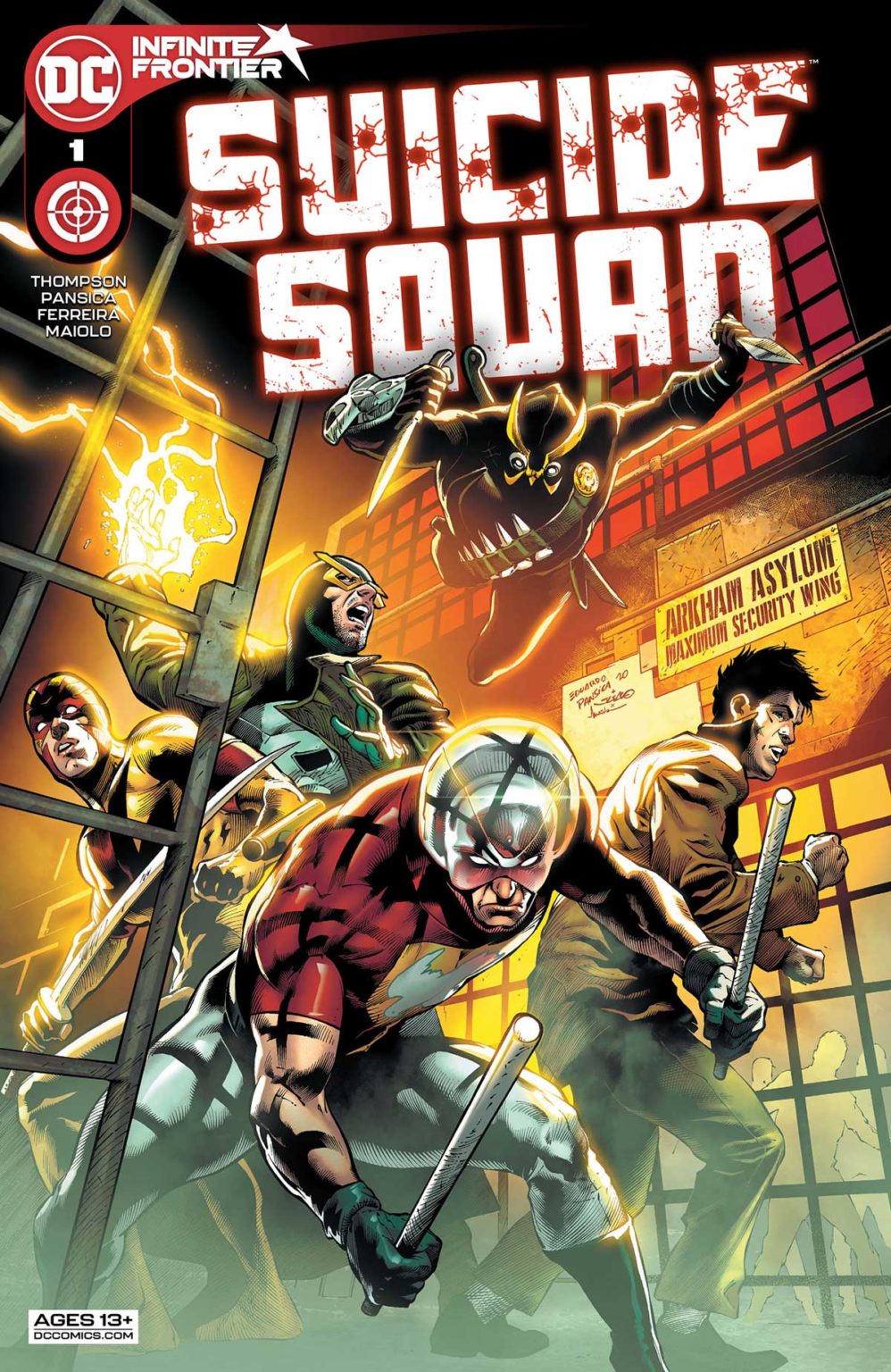 Here is an early look at next week’s Suicide Squad #1 from DC Comics.

Amanda Waller—now back in control of the Squad—sends a new Squad into Arkham Asylum to “recruit” the deadly Court of Owls assassin Talon while she interviews another new candidate: Superboy.

Why Conner Kent? Amanda Waller is Tired. Of. Losing. Who else will Waller recruit for this new team of losers?