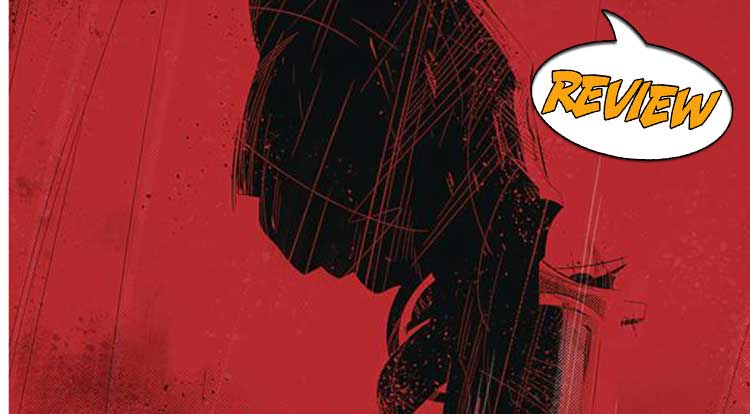 Sam and His Talking Gun #1 Review

Sam has a mission and a gun that can talk.  But what set him down this path?  Your Major Spoilers review of Sam And His Talking Gun #1 from Scout Comics, awaits! SAM AND HIS TALKING GUN #1

Previously in Sam And His Talking Gun: Sam stands in a room full of bodies, blood, and broken things. The only thing on his mind? Colt. His brother, blood or not.

Sam and His Talking Gun #1 opens with Sam bursting into a boardroom and shooting the people inside.  His gun helps him out by telling him where people are and saying “bang” a lot.  After he finishes off the people inside the boardroom he’s confronted by Colt.  This doesn’t go well for Sam and we’re then given a flashback to 12 years prior.  Sam and Colt are working together and fleeing from a group of people after the duo carried out an assassination.  They manage to get away and later are talking with their boss.  The boss presents the two with a pair of guns.  Sometime later Colt betrays them both and leaves Sam comatose.

LETTING THE SOLICITATION TELL THE STORY

Sam and His Talking Gun #1 has a good title that is eye catching and interesting.  After that, it starts going downhill.  The first thing that this issue does wrong is that the solicitation for this comic has more story than the comic itself has.  Also, the story that the comic has, is presented in a clearer manner in the solicitation. So many things are presented without explanation or elaboration which leaves everything feeling disjointed and half-baked.  On top of this the dialog is cheesy at times, the scene where the hired guns put their guns away to duke it out with the “heroes” is especially guilty of this.  Even the titular premise of a talking gun isn’t fully utilized past a small handful of dialog bubbles, most of which just say “bang”.  What this comic becomes is a series of events that have very little connective tissue and lack any context.

STYLISH AND INTERESTING TO LOOK AT

What Sam and His Talking Gun #1 has going for it is its art.  A solid use of irregular panel shapes and layouts, mixed with a bold swaths of colors and geometric placement of blacks gives this a book a look akin to a Piet Mondrian painting. The character work is also well done; the faces are expressive and convey the appropriate emotion.  There are some moments where the action isn’t as clear as it could be, but for the most part it’s not difficult to follow along with what these characters are supposed to be doing.

Sam and His Talking Gun #1 has a lot of style and a distinctive look that is enjoyable to take in.  Unfortunately this art is not enough to carry the book.  With a plot that feels more like the recap at the beginning of a new season of a TV show than a fully realized section of a story itself, this comic, on its own, is just not one to put money into.  2 out of 5 stars.

Sam and His Talking Gun #1

Sam and His Talking Gun #1 comes up short on multiple fronts. It doesn’t introduce the story in an effective way, it doesn’t have particularly interesting characters, and it doesn’t even deliver on the promise of its own title. The art though is very nice and deserves recognition.