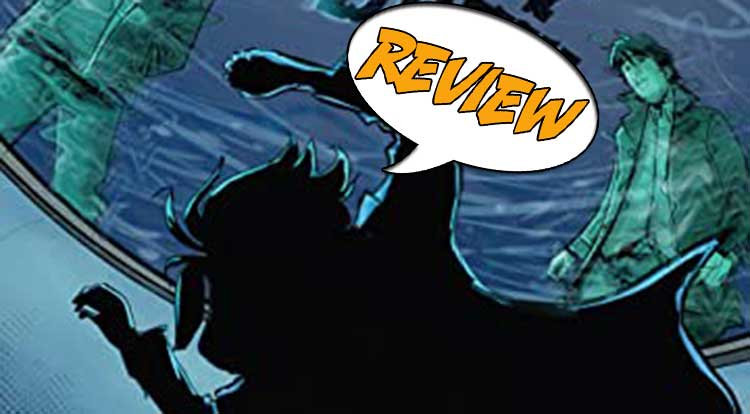 The Death of Nancy Drew #2 Review

Nancy Drew fakes her death so she can investigate the attempt on her life and finds herself among the remains of the Syndicate. Are they still around, and how deep do they go? Find out in The Death of Nancy Drew #2 from Dynamite Entertainment!

THE DEATH OF NANCY DREW #2

Previously in Nancy Drew & the Hardy Boys: The Death of Nancy Drew, after her success at breaking up The Syndicate, Nancy Drew dies in a freak car accident. Joe Hardy starts to investigate. His brother Frank tries to persuade him to give up. He persists, interviewing Nancy’s friends and anyone who may have seen her that fateful night. As it happens, Bess and George were with her at a karaoke bar, and he tracks down a potential suspect, Lonnie, only to find him murdered. He then tries to track down Lonnie’s girlfriend, but cannot find her either. However, her sister is the Chief Coroner. In questioning her, Joe gets the surprise of his life – Nancy Drew is still alive!

THE CONSEQUENCES OF DECEPTION

Nancy Drew & The Hardy Boys: The Death of Nancy Drew #2 opens with Joe being ticked off at Nancy and his brother, who was in on the secret. They’re all friends, but this is a deep cut – why didn’t Nancy trust Joe? And what really happened that night? Nancy went to karaoke to have a night out, to have some fun, to relax. Afterward she went for a drive and found herself first tailed and then run off the road into the water. She was able to get out, but found Jeannie dead underwater. Hiding near shore, she heard an unknown man who sounded like he wanted her dead. She decided to make it look like he succeeded and called in Frank to help. She also talked with the Coroner, promising to find her sister’s killer if she would fake the report.

It’s not a bad fake death plot, although it does involve a lot of people. Now the hard part comes in – trying to keep it secret as more people find out. Joe is still cross that Nancy went to Frank, although he did have the skills to get her a fake ID, etc. Meanwhile, back at the mystery plot, Jeannie and Lonnie had a big bank deposit shortly before the accident. Frank tries to hack into the bank to no avail. It comes down to old fashioned leg work and social skills. Nancy bears enough resemblance to Jeannie that she pulls it off.

The money was from the Syndicate. Nancy’s next idea is to follow Maryanne Bobbsey, whose husband, you may recall, was the boss of the Syndicate. It’s a lead that doesn’t go anywhere, except that Nancy’s dad comes in to meet with Maryanne. This hits Nancy quite hard, not only not being able to talk to him, but realizing the extent of the deception she is pulling.

This book is all about the doggedness of detective work. This is no half-hour TV show where the clues drop into her lap. Next up, Frank and Joe walk with Freddy and Flo Bobbsey. Once kids of the richest family in town, they’re now managing a fast food restaurant and putting up with a lot of grief. But they eventually turn up another lead – a man called the Barber, who is a barber but moonlights as a criminal accountant. Does he have any information, or will contacting him put Nancy, Joe, and Frank into peril?

Nancy Drew & the Hardy Boys: The Death of Nancy Drew #2 has solid art. The character drawing has fairly simple linework, but great care is taken so each person has distinct features. In fact, the only point where this is at all unclear is when Nancy recaps the accident. She was driving alone and gets pushed off the bridge, but when she works herself loose, she finds Jeannie’s body. I think to help set up the idea that they’re similar, the dead Jeannie is dressed very much like Nancy. While this pays off later at the bank, at the time it’s a little confusing.

I do like seeing Nancy when she’s out and about while trying to stay in disguise. She wears a cap and obscures her face, but we see her body language such as when she overhears her dad. It’s a poignant series of panels. While Frank and Joe talk to the Bobbseys, she’s nearby, but hiding under her hat and we can feel her tension. This only increases when they go to talk with the Barber and Nancy finds herself pulled into the situation.

As Nancy Drew & the Hardy Boys: The Death of Nancy Drew moves forward, it feels like this mystery is starting to pull together. The threads are starting to show some connections. But it also feels like a high stakes plot. It legitimately feels dangerous, and the decisions made are not easy ones.