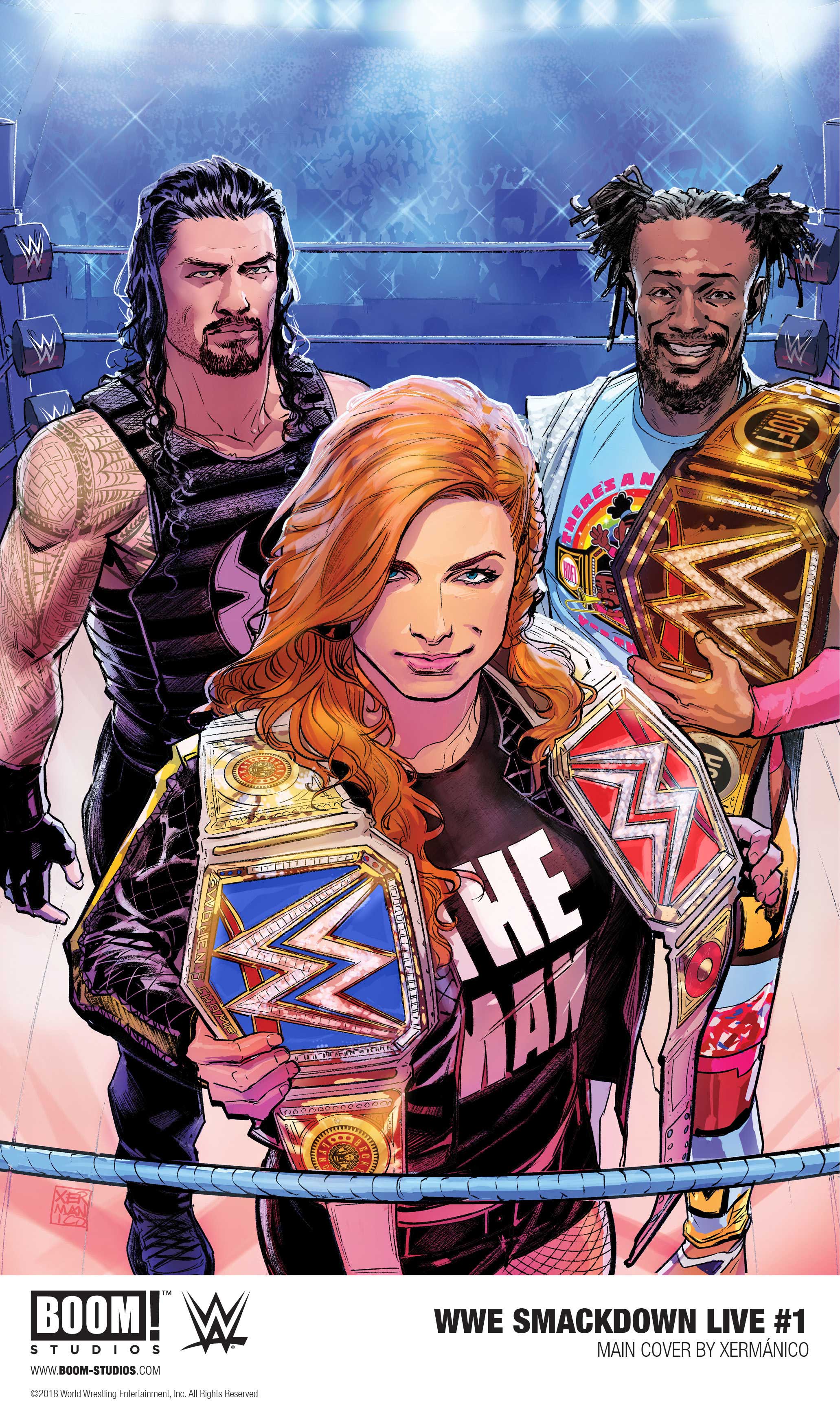 Becky Lynch is the headliner in WWE Smackdown Live #1

BOOM! Studios has announced the latest in its WWE line of comics, this time featuring Becky Lynch as she gets ready for WWE Smackdown Live. Join Lynch as she arrives at the arena and runs into The Brothers of Destruction (Undertaker and Kane), WWE Women’s Tag Team Champions The IIconics (Peyton Royce and Billie Kay), WWE Champion Kofi Kingston, WWE Superstar Roman Reigns, and many more. Behind the scenes, unexpected alliances are formed, lifelong enemies are made, and chaos ensues as Superstars erupt into a free-for-all centered around The Man herself.

“The Man is one of the most electrifying Superstars to hit the ropes, and what better way to begin a new era of SmackDown Live than with Becky Lynch in the lead?” said Chris Rosa, Editor, BOOM! Studios. “Current WWE Superstars collide with WWE Legends, who are all here for one of the biggest and most unpredictable nights that they’ll ever face in the ring.”

WWE Smackdown Live #1 is scheduled for an October 2, 2019 release. The issue is written by Kevin Panetta with art by Kendall Goode

Bunn and Bivens team for Retroverse