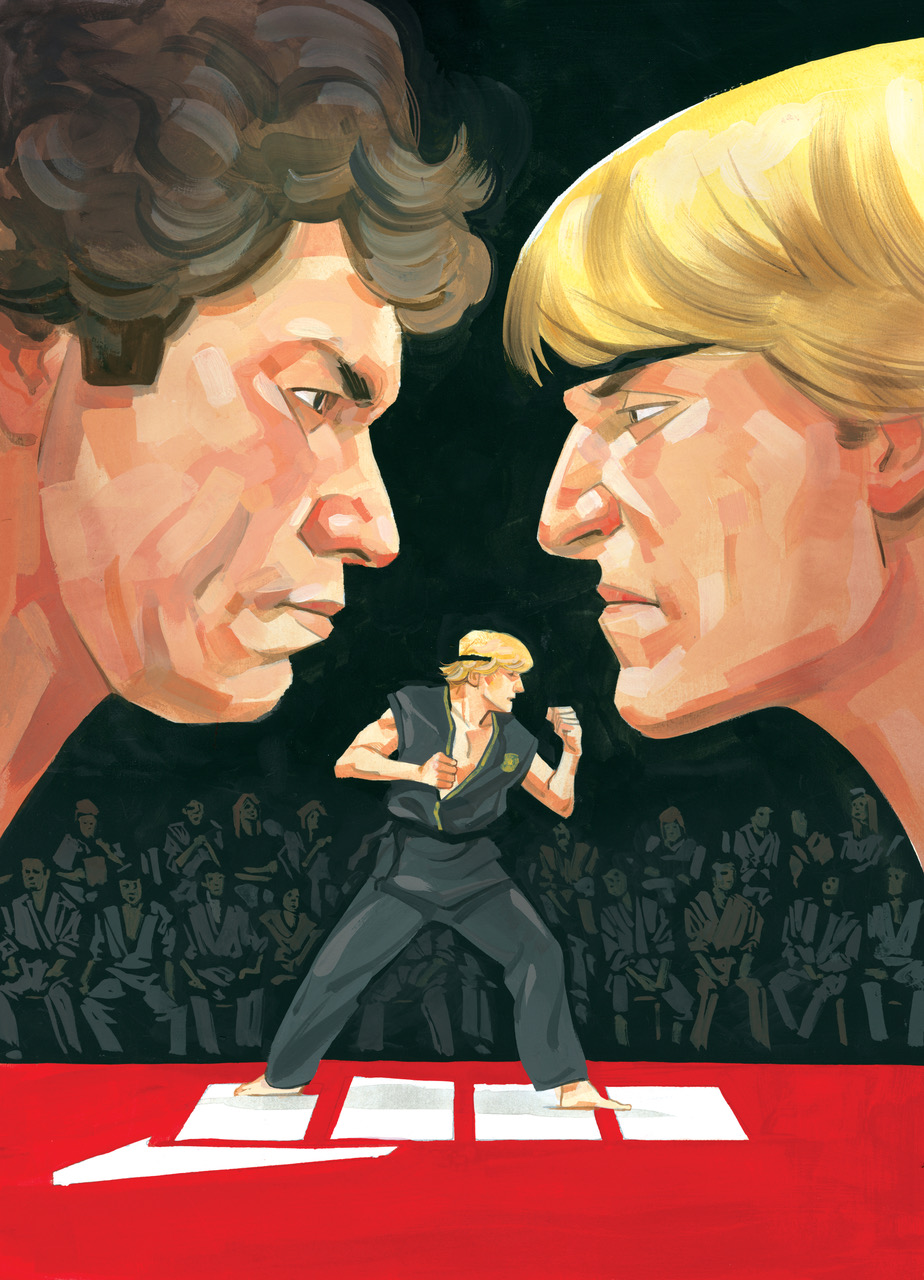 If you love the YouTube original series, Cobra Kai, get read to practice page turning skills as IDW Publishing brings the Karate Kid series to comics this fall. Cobra Kai #1 is written by Denton J. Tipton with art by Kagan McLeod, and is being done in collaboration with Overbrook Entertainment and Sony Pictures Television.

Starting with “Johnny’s Story” Part 1 (of 4) in October, readers will see The Karate Kid movie in a whole new light in this retelling through the eyes of Johnny Lawrence, two-time All Valley Tournament champion. When the new kid makes moves on the girl that broke Johnny’s heart, he vows to settle the score and win back his love… or so goes the story Sensei Lawrence tells his students nearly 35 years later.

“Cobra Kai has been a revelation to new and longtime fans alike,” says IDW Sr. Director of Licensing & Business Development, Eric Moss. “With its complex, layered characters and perfect blend of nostalgia and freshness, it begs for more stories—and IDW is honored to enter the ring. The action and philosophies of martial arts are tailor-made for comics, and, just like a bonsai, we look forward to firmly planting our roots in that world and branching off into wondrous new directions.”

Left-page-turn… Right-page-turn… open wallet… give LCS money. Repeat. This is going to be an interesting book to check out when it arrives in October 2019.