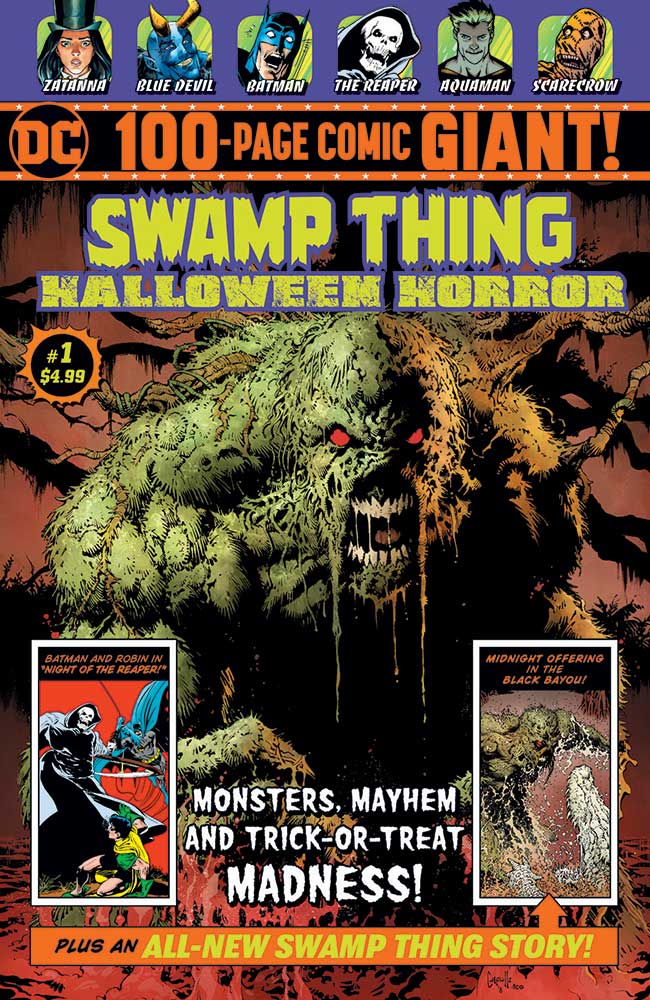 Seven spooky tales from the DC vault are headed to Walmart

The 100-page giant issues that DC has been releasing to Walmart, are apparently a big success. So much so, that the publisher has announced the forthcoming Swamp Thing Halloween Horror Special that will see reprints of House of Secrets #92 and Batman #237 hit the stands once again.

This 100-Page Giant sells for $4.99 and includes several classic fright-filled stories from DC’s history, led by the iconic HOUSE OF SECRETS #92 from 1971, which features Swamp Thing’s very first appearance, written and drawn by co-creators Len Wein (writer) and Bernie Wrightson (artist). 1971’s “Night of the Reaper,” from BATMAN #237, features two more giants of superhero storytelling, writer Denny O’Neil and artist Neal Adams, telling a Halloween tale of revenge and the search for a Nazi war criminal.

The Swamp Thing Halloween Special will be in Walmart stores across the United States of America by Sunday, October 7, 2018.