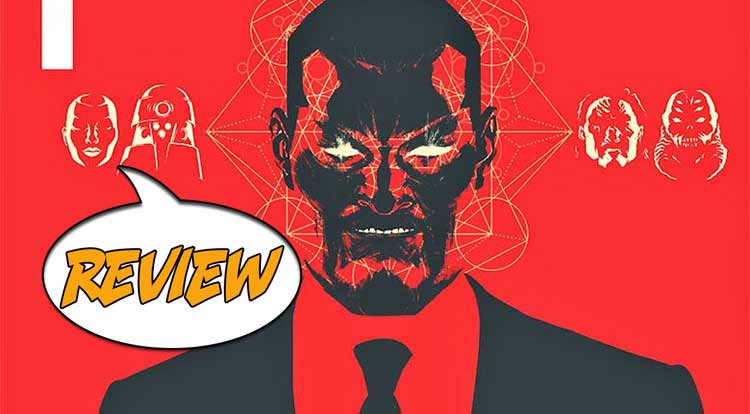 When it comes to fictional characters (or even many real ones), everyone seems himself or herself as the hero. People fighting that person are the villains of the piece, and their motives are called into question by the heroes.

What’s happening in this new comic from Valiant is an examination of that very idea. Harada has long been seen as a bad guy, but he doesn’t see himself that way. We get to examine him and what he wants for the world here.

“Tony Harada is the most dangerous human being on the planet. Imbued with incredible powers of the mind, he has spent his life guiding humanity from the shadows. But today he is a wanted man. His powers are public knowledge, his allies have turned to enemies, and he is hunted by every government on the planet.

“Instead of surrendering, Harada has one last unthinkable gambit to play; to achieve more, faster, and with less, he will build a coalition of the powerful, the unscrupulous and the insane. No longer content to demand a better future, he will recruit a violent legion from the darkest corners of the Earth to fight for it. The battle for utopia begins now.”

Harada is a perfect example of “absolute power corrupting absolutely.” No one dares disagree with you because if someone does, he or she will pay the consequences.

And yet many people long to gain power, be it in politics or in other arenas. Somehow we feel that if we just had the ability, we could make the world conform to what we think it should be like.

That’s a dangerous path. In my life, I’ve met several people with the ability to influence others. Not once has it turned out well.

Harada has always been a comics character who is a cautionary tale. We should examine what we’d do in his circumstances, and beware.

Dysart never verbalizes these concepts, but they’re in the story for us to find. He does an excellent job of breathing life into Harada and those around him. While Harada just exudes confidence, those around him are often uncertain and halting, afraid to confront the guy in charge.

I often feel sorry both for all of them.

Dysart starts out this tale with a vision of what Harada apparently wants the world to be like. It seems that Harada himself has been martyred for the cause, but that has yet to be revealed yet.

The pacing is good, and the book moves along nicely. There are dramatic pauses as well as action sequences that keep our interest. It’s a strong start to an intriguing story.

Braithwaite does a good job of delivering on facial expressions as well as the times of battle.

We know who is who, what’s going on and what people feel at all times, something I love to find in a comic.

There’s also an interesting contrast between the “real” world and the way things Harada feels they will be if he gets his way. The latter is bright and shiny while the former is darker and foreboding. I’m sure that’s how Harada sees it as well.

BOTTOM LINE: I Like How This Story Has Hit the Ground Running!

I never quite understand why the Valiant comics don’t sell better than they do. The stories are good, the characters interesting and the price is right. I wish more people would discover what Valiant offers.

Imperium is giving us a better understanding of how a “villain” thinks, and I’d be fascinated to see Harada meet Lex Luthor. I bet they’d find they have a lot in common.

Harada’s abilities are now public knowledge, so I’m not surprised that people resist him as much as possible. In the next issue, I understand that the “battle for utopia” will continue, now with an enhanced soldier for hire named Gravedog getting involved.

Twists and turns are coming our way, so if you haven’t picked up Imperium #1, now’s the time to get on board so you can know what happens in upcoming issues.