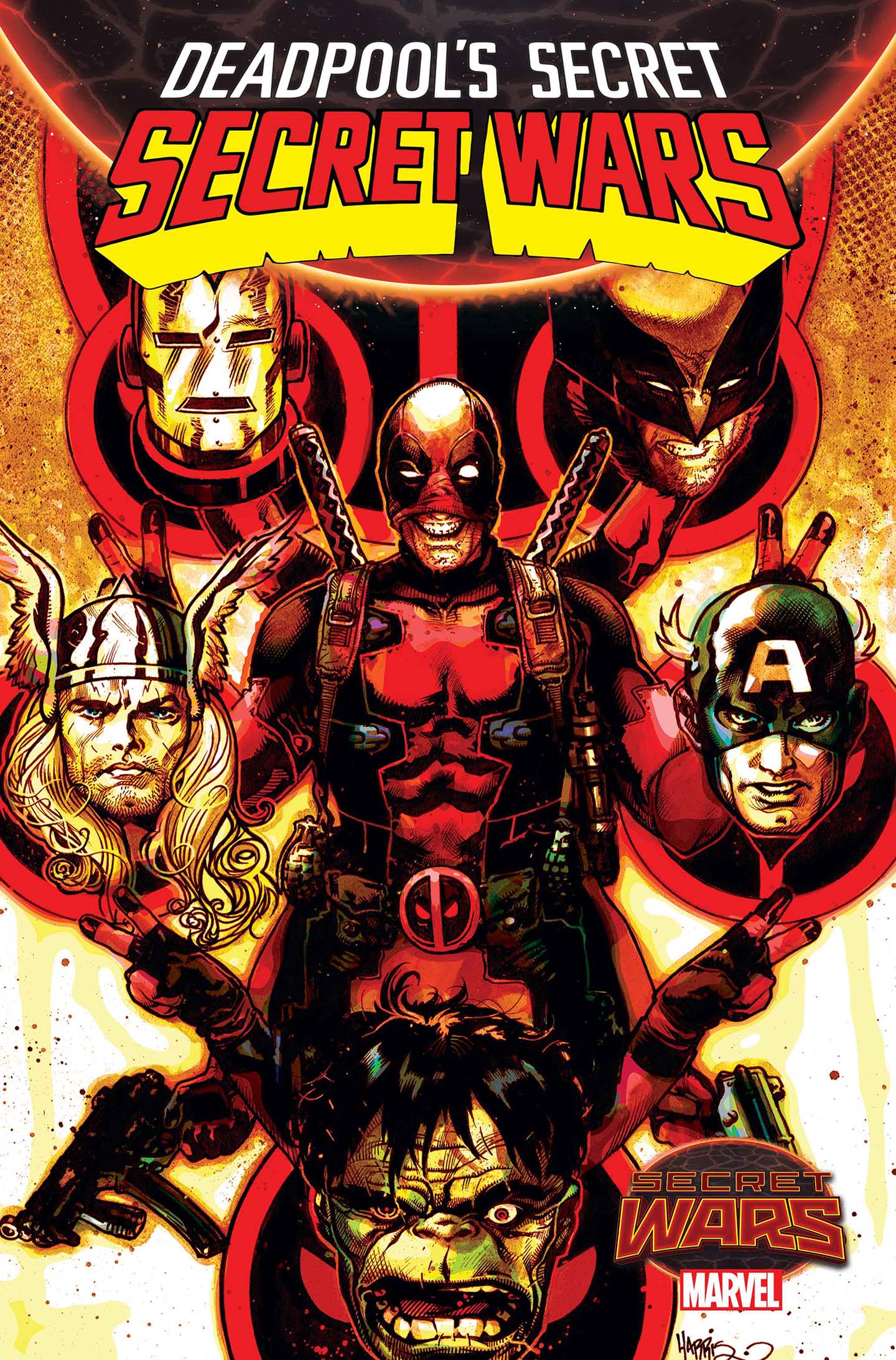 As Secret Wars devastates the Marvel Universe by forging a new Marvel reality on the enormous patch-work planet of Battleworld, Wade Wilson will head back to the original 1984 Secret Wars series for his Warzones! tie-in, DEADPOOL’S SECRET SECRET WARS.

In 1984, Marvel Super Heroes Secret Wars was known for debuting Spider-Man’s black costume and featuring Doctor Doom stealing the Beyonder’s power, and the first-ever event series also included a variety of appearances by Deadpool that readers never saw. DEADPOOL’S SECRET SECRET WARS by the Deadpool Killustrated team of Cullen Bunn and Matteo Lolli, will have the Merc with the Mouth revealed to be a part of the 1984 comic book event and drawn into scenes from the original series.

“Way back when, right after I had finished Deadpool Kills the Marvel Universe, we were looking for something out of the ordinary as a follow up,” Bunn tells Marvel.com. “One of my first suggestions was to have Deadpool thrown back in time into the middle of the original Secret Wars limited series. At the time, we decided to go in a different direction, but the idea of having Wade playing a big, in-continuity role in the events of that series stuck with me.”

Marvel.com’s interview with Bunn expands on his excitement of inserting Deadpool into all of these classic scenes from Secret Wars, especially when he meets and interacts with the Marvel heroes from the 80’s.

“When Deadpool introduces himself to the other heroes, most of them have no idea who he is,” Bunn notes. “At least, most of them are unwilling to admit that they know him! As the battle between good and evil commences, Deadpool gets plenty of opportunities to annoy the hell out of every major hero and villain in the Marvel Universe before the festivities are done!” This May, DEADPOOL’S SECRET SECRET WARS rudely places itself into Marvel continuity and into comic book retailers everywhere.

Stay tuned to Marvel.com/secretwars as the new Marvel Universe continues to be forged.  Follow Marvel on Facebook at www.facebook.com/marvel and be sure to join the conversation on Twitter with #Marvel, #SecretWars, and don’t forget to follow us at @Marvel.

Marvel Entertainment, LLC, a wholly-owned subsidiary of The Walt Disney Company, is one of the world’s most prominent character-based entertainment companies, built on a proven library of more than 8,000 characters featured in a variety of media over seventy five years.  Marvel utilizes its character franchises in entertainment, licensing and publishing.  For more information visit marvel.com.