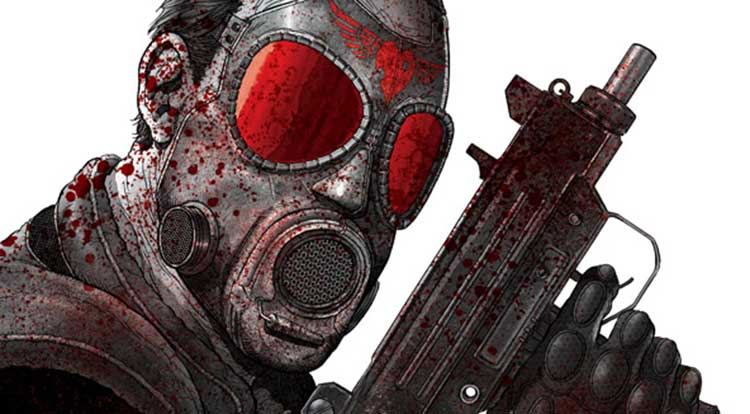 Image Comics released a preview of The Revenge #1 by Jonathan Ross and Ian Churchill.

Griffin Franks was a joke in Hollywood. A washed up action-hero. Over the hill. Past it. A has-been. A barely-was. But now he IS The Revenger. He’s a star. His movie’s a hit. His latest wife is hot. He finally has everything he wants. Just in time for someone to take it all away. Forever. Starting with his face.