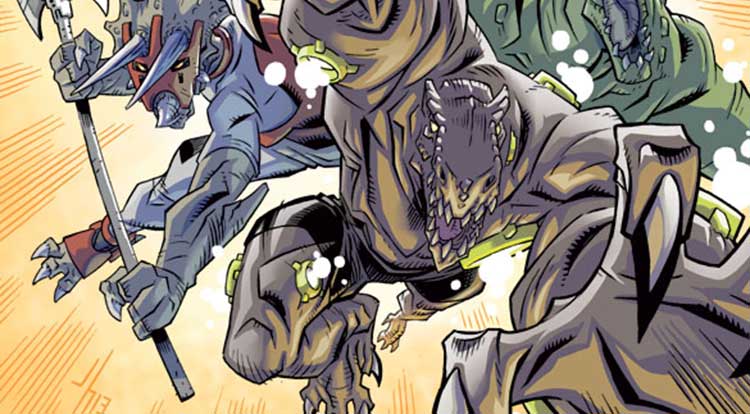 The Dino-Men attack! United by Tyrannosaurus-X, the creations of Max Maximus are brought together for a single purpose: the destruction of the Dynamo family and Super Dinosaur!