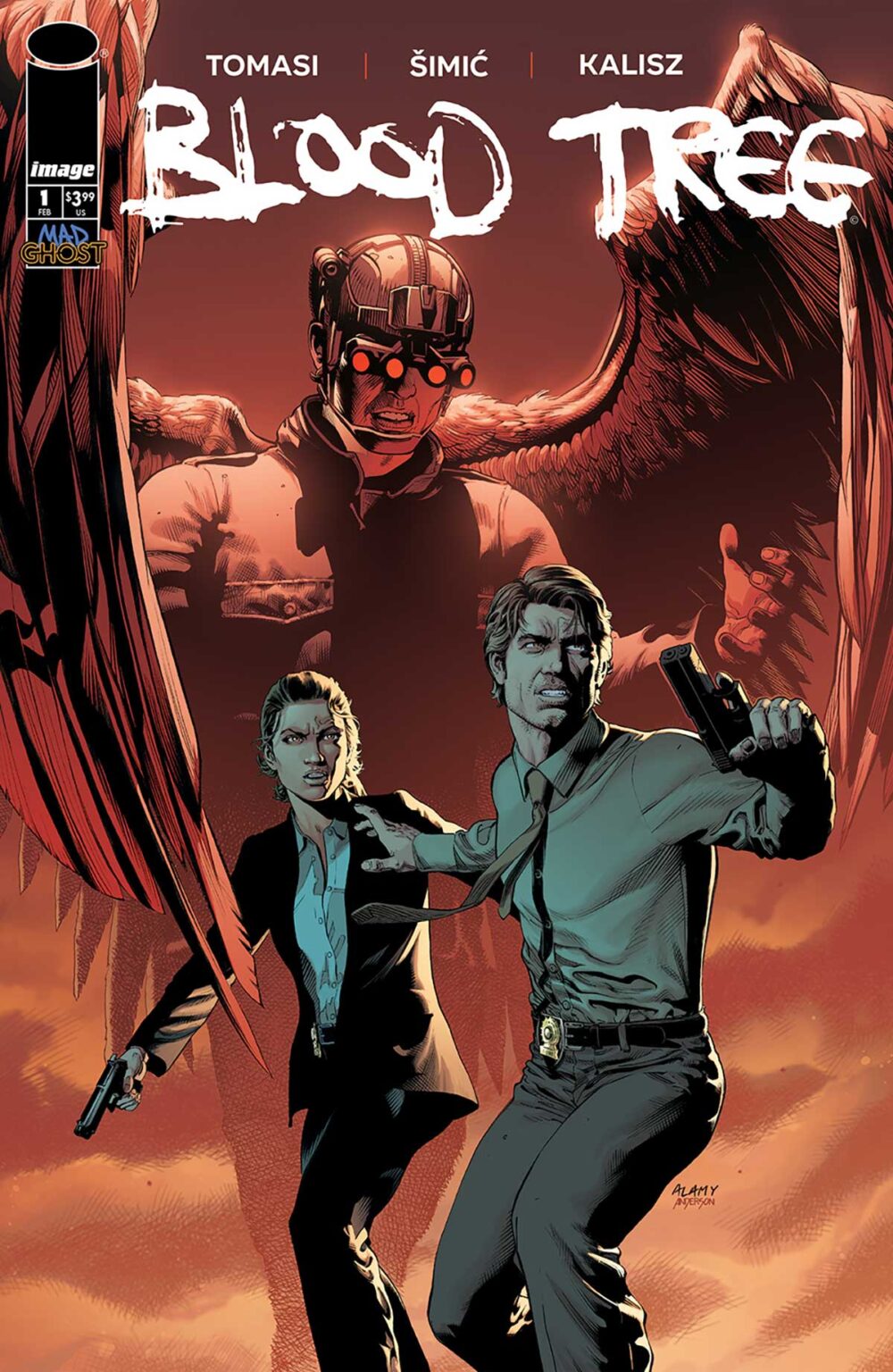 In Blood Tree, two obsessed NYPD detectives hunt for a vicious butcher called the Angel Killer, a sociopath who preys on the innocent family members of known murderers in order to “purify” the rest of society.

This new story confronts the battle of nature versus nurture, considers how present and future generations are tainted by past generations, and asks the age-old question: Who must pay for the sins of the fathers—and perhaps even the sins of the mothers?

“I always wanted to take a shot at writing a taut and haunting crime drama in the tradition of Silence of the Lambs meets Seven,” said Tomasi in a press release from Image Comics.