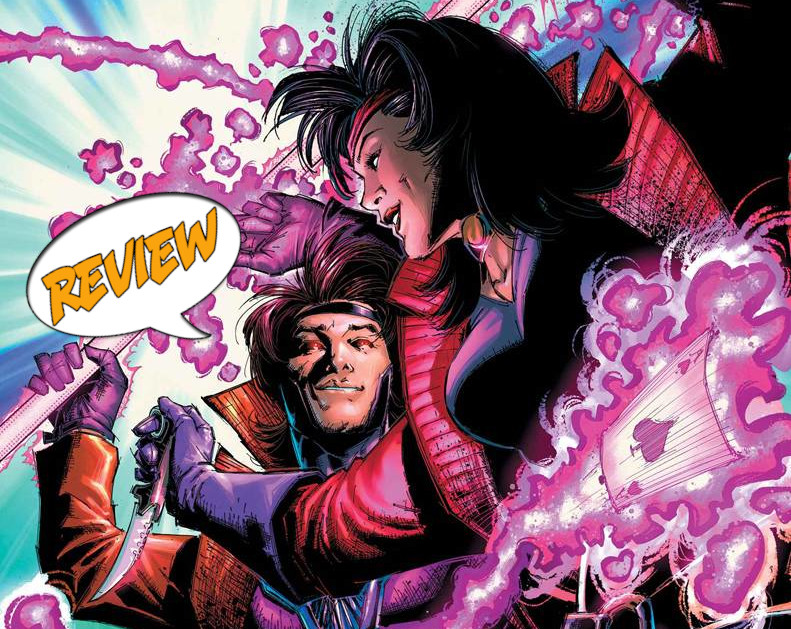 Gambit is heading to visit Lila Cheney, but his instincts tell him something will go wrong. Check out Gambit and ‘Ro as they head to their next caper in Gambit #4 by Marvel Comics!

Previously in Gambit: Before Gambit joined the X-Men, he was a well-renowned thief. Traveling with a de-aged Storm, he mentors her in the tricks of the trade. Recently, he helped his girl Marissa De Castro and her mother, Gabriella DeCastro, from a land developer who destroyed their home. On top of that, ‘Ro is learning her weather manipulation powers from her ancestor Ashake on the astral plane.

Gambit #4 starts with Gambit and her team robbing a cruise ship and taking that money to feed underfunded communities. The group then visits Lila Cheney, a thief, and musician who has the power to teleport across interstellar distances. Lila has a bounty on her head, which attracts the bounty hunter Bounty (I know, the name is a little on the nose). Gambit senses something is up. He ends up fighting against Bounty, and while he is initially overwhelmed, he is about to take her down. They agree that Bounty will not hunt Lila on Earth, only off-planet.

Lila and Marissa teleport off the world and do a bit of shopping. Marissa gets a set of armor that is good against energy attacks but bad against close-range knives. As she looks for Gambit, she encounters another group of bounty hunters where she is stabbed and left to die.

I enjoy this characterization of Gambit. Gambit #4 shows that Remy is not only an excellent thief but an excellent person and friend. I am impressed by his ability to mentor ‘Ro while also providing help to people who need it. But beyond this unique characterization, the plot didn’t have much else to grasp. The story felt rushed, and we see little development from the secondary characters. I think a lot of this was that there wasn’t a potent antagonist. In writing, conflict brings together the plot, setting, and characters. The conflict for most of this comic was Gambit’s gut feeling which wasn’t strong enough to hold the story.

The art still features the nostalgic style of the ’80s and ’90s. This throwback still works well for this comic. The standout panel featured Lila kissing Gambit with Marissa in shock in the background. The colors and linework are exceptionally well done and portray the comic’s mood well.

Chris Claremont, Sid Kotian, and their creative team have done a great job characterizing Gambit in Gambit #4. However, due to the length of the story arcs, the conflict felt rushed and a little out of place. However, I am confident that the conclusion of this miniseries is going to be amazing. 3.5 out of 5 stars for Gambit #4.

Gambit #4 does a great job developing the character of Gambit but rushed aspects of the plot and story.