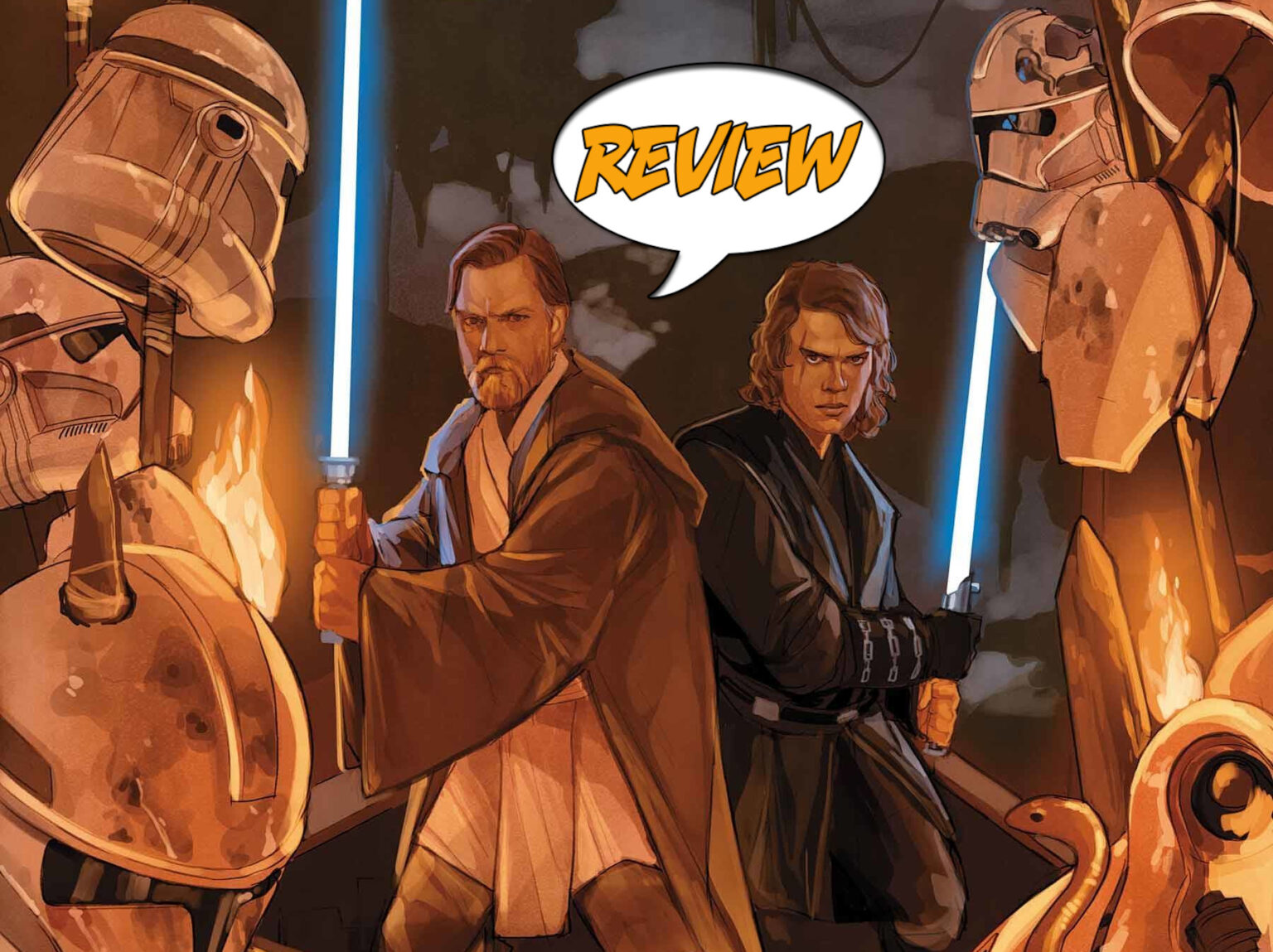 Obi-Wan reflects on old memories while awaiting a storm in Tatooine’s deserts. Check out his memories in Obi-Wan #4 by Marvel Comics!

Previously in Obi-Wan: This miniseries shows off some of Obi-Wan’s adventures and provides context for the greater Star Wars universe.

Obi-Wan #4 starts with the sandstorm slowly enveloping the sky of Tatooine and Obi-Wan’s home. He remembers a memory of the war. Obi-Wan and Anakin were ordered off the frontlines to help find a group called the Death Wind. This group is believed to be led by one of Obi-Wan’s old friends named Mekedrix. Mekedrix and this group have committed atrocities, and they want Obi-Wan and Anakin to kill them, which causes tension between the Jedi and the military.

They head to the swamplands of Ando and encounter the Dark Winds, who reside in a temple. The Dark Wind soldiers disarm their lightsabers and meet Mekedrix, who claims that the force is really just the Void. There is nothing to live for but death; therefore, he has committed no crimes. When Obi-Wan tries to reason with him, he decides to strike at them, but not before giving Anakin his lightsaber. Anakin, suddenly armed, is forced to kill him. Mekedrix was looking for death.

Most of Obi-Wan #4 explores the concept of the Jedi’s role in the military and government. Here they are sent as assassins rather than diplomats. Anakin and Obi-Wan discuss the implications of what that means and how they strive not to murder. Obi-Wan is then reminded of Darth Maul and Qui-Gon Jinn. This conversation is the crux of the comic that ends when Anakin reacts and kills Mekedrix. The depth of Obi-Wan’s inner monologue makes the story unique and engaging.

However, this comic doesn’t feature the same magic that you would expect from a science-fiction title. There aren’t any significant space battles, action scenes, or Jedi fights. When you read a Star Wars comic, you expect specific characteristics of whooshing lightsabers and fancy force powers. Now, I don’t need these science-fantasy elements to enjoy this comic, but don’t expect the level of flashiness from standard Star Wars titles.

The pacing of Obi-Wan #4 added a level of suspense that kept me on the edge of my seat. Were Obi-Wan and Anakin going to have to kill? Great work by the creative team and a solid 4 out of 5 stars for Obi-Wan #4. Looking forward to seeing what other stories this series will come up with.

Obi-Wan #4 explores the relationship between the Jedi and the military and the dark decisions Obi-Wan and Anakin had to make.