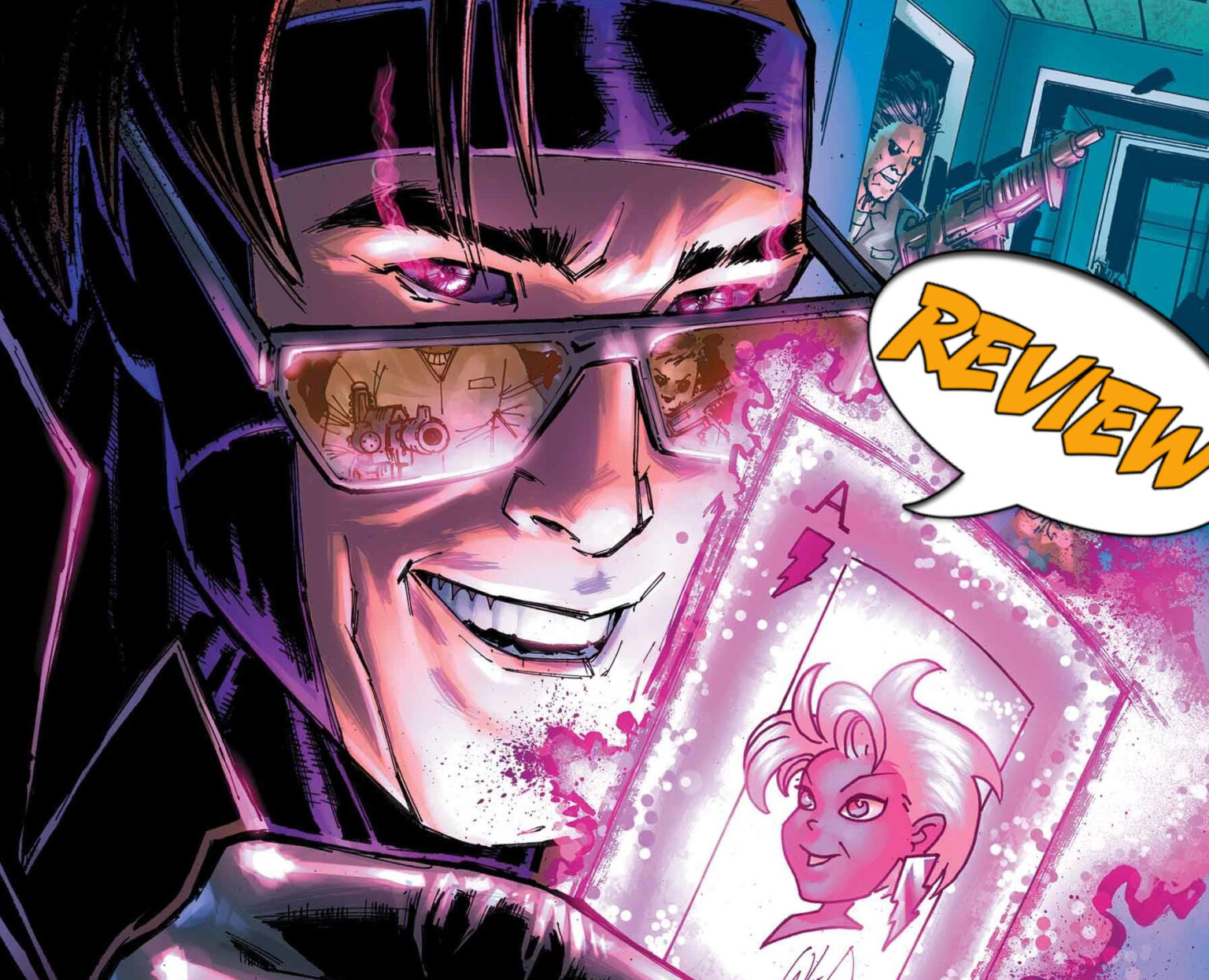 Remy and ‘Ro have thwarted the Shadow King and thieved their way to success. Can they evade their hunter and finally relax? Find out in Gambit #2 by Marvel Comics!

Previously in Gambit: Before Gambit was an X-Men, he was Remy LaBeau, a thief from New Orleans. During his travels, he finds ‘Ro, who is Storm. Storm was de-aged by Nanny and Orphan-Maker, leaving an adolescent mind and unreliable powers. On top of that, the Shadow King is on their trail.

Gambit #2 begins with Gambit and ‘Ro driving alongside the Mississippi River. As they are driving around the bend, a couple of cars are racing and fighting in front of them. Remy is pushed off the road into the river. ‘Ro is knocked unconscious and is in a coma but is saved by Marissa DeCastro, an ex-marine living in the area. Marissa takes ‘Ro to her mother, Gabriella, who was a doctor, and ‘Ro is set to make recover.

Remy and Marissa return to the wreckage so Remy can get his bag. Suddenly, we meet Solarz, who is trying to buy Marissa’s house and land. Gambit realizes these are the people who pushed him off the road and scares them by lighting up a card. Later, Gambit and Marissa are ambushed by Solarz men and a super strong mercenary. They barely escape with their lives.

Meanwhile, ‘Ro has weird dreams in her coma. She is being trained by Ashakē, a far-off relative. However, she suddenly wakes up when the house is on fire. Saving Gabriella, ‘Ro is captured by Solarz and his men.

I enjoy Gambit in Gambit #2. Chris Claremont really nailed the lovable rogue trope and does so with great restraint. The budding relationship between Remy and Marissa is natural and not overbearing, which is nice to see. It was also lovely to see Gambit going to great lengths to try and save Storm. I am a little unsure about ‘Ro’s training montage in a coma. It seems a little out of place and probably just a narrative tool for Storm to have her powers under control. But this montage was only a few pages interspersed within the comic, and there hasn’t been enough time or space to explore that idea. I don’t hate it, but I hope they give Ashakē more time to develop.

I also enjoyed the retro feel of the art style. It is very reminiscent of the comics I read as a kid. I’ve never been huge on the visual aspect of Gambit. The art makes him attractive, and his body language tells us a lot about the kind of man Remy is. Great work by the creative team for taking a title I didn’t think I would enjoy and giving it great art and a splendid narrative arc.

Also, is this bounty hunter Warhawk?

If you like 90s X-Men, Gambit #2 is an excellent pick-up for you. It is a break from the Krakoa storyline, and Chris does a great job providing depth to this character. Gambit #2 is a solid 4.5 out of 5 stars.

Gambit #2 provides depth to a fan favorite character and a new perspective about his loyalty to the people he cares about.