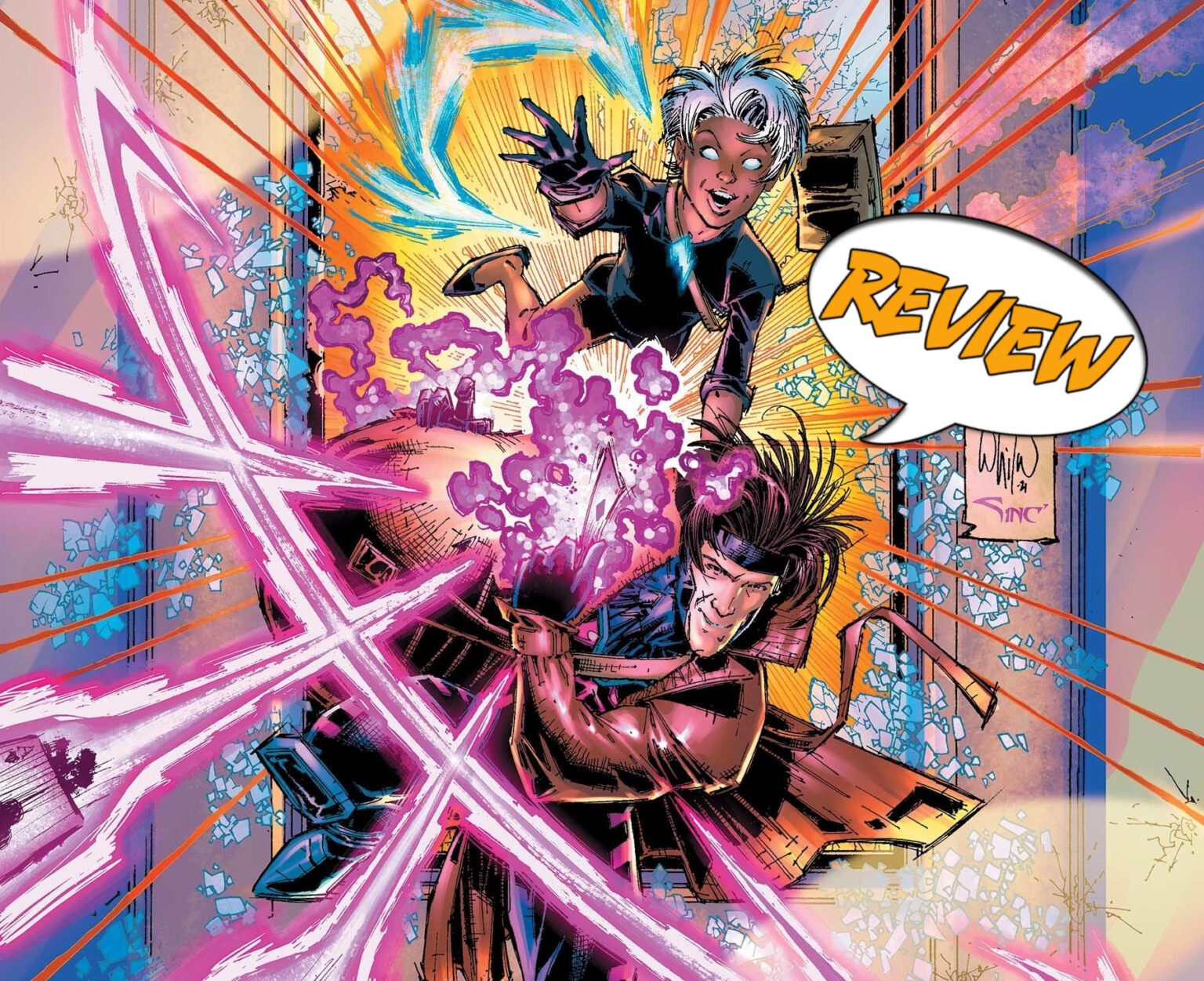 Before Gambit joined the X-Men, he found a girl named ‘Ro who regressed to her childhood self by Nanny. Find out how Gambit and ‘Ro survive with the Shadow King hunting them in Gambit #1 by Marvel Comics!

Previously in Gambit: Check out this new story by Chris Claremont about Gambit, the famous X-Men thief! Storm has been turned into a young teenager by Nanny. However, the Shadow King is hunting Storm, and Gambit must prepare her with the skills only he has.

TO TRAIN A THIEF

Gambit #1 starts with ‘Ro stealing money from a man and putting the money back into his wallet. Gambit is trying to teach her a lesson about who to steal from, and this was just a practice exercise. Later, they rob a mansion and clean out their safe. The comic then introduces the Shadow King, who is after Storm. Storm shows stubbornness and anger about the Shadow King and plans to go after him instead of running.

Storm accidentally interrupts a game with a group of kids led by Sabine. So much so that one of the kids picks a fight with her. Ororo shows her combat prowess and defeats the rival thief while Sabine warns Gambit about staying with ‘Ro.

Chris Claremont is an excellent writer who has some great ideas. Checking out this new story is a break from the Krakoan story arcs, and that is a breath of fresh air. However, Gambit #1 is text-heavy and feels imbalanced with the visuals. This detracted from the solid premise as we explore Storm’s traumas and deal with her character development and narrative arc. But the story is engaging when you aren’t overwhelmed by the text.

In a way, this story feels like a coming-of-age trope for Storm rather than a story focused on the title character. In a way, Gambit is put into a mentor role, but it doesn’t quite fit yet. I think we focused a lot of exposition on the plot. So much so that I am not quite seeing how Gambit fits into the picture. Perhaps the next issue will expand on Storm and Gambit’s relationship and why he even cares in the first place.

This is a pleasant break from the drama and politics of the current X-Men stuff. Gambit #1 feels like something out of my childhood when I started to read comics in the 90s. Great work here and a solid 4 out of 5.

Gambit #1 has an excellent premise but suffers from an imbalance between text and visuals.