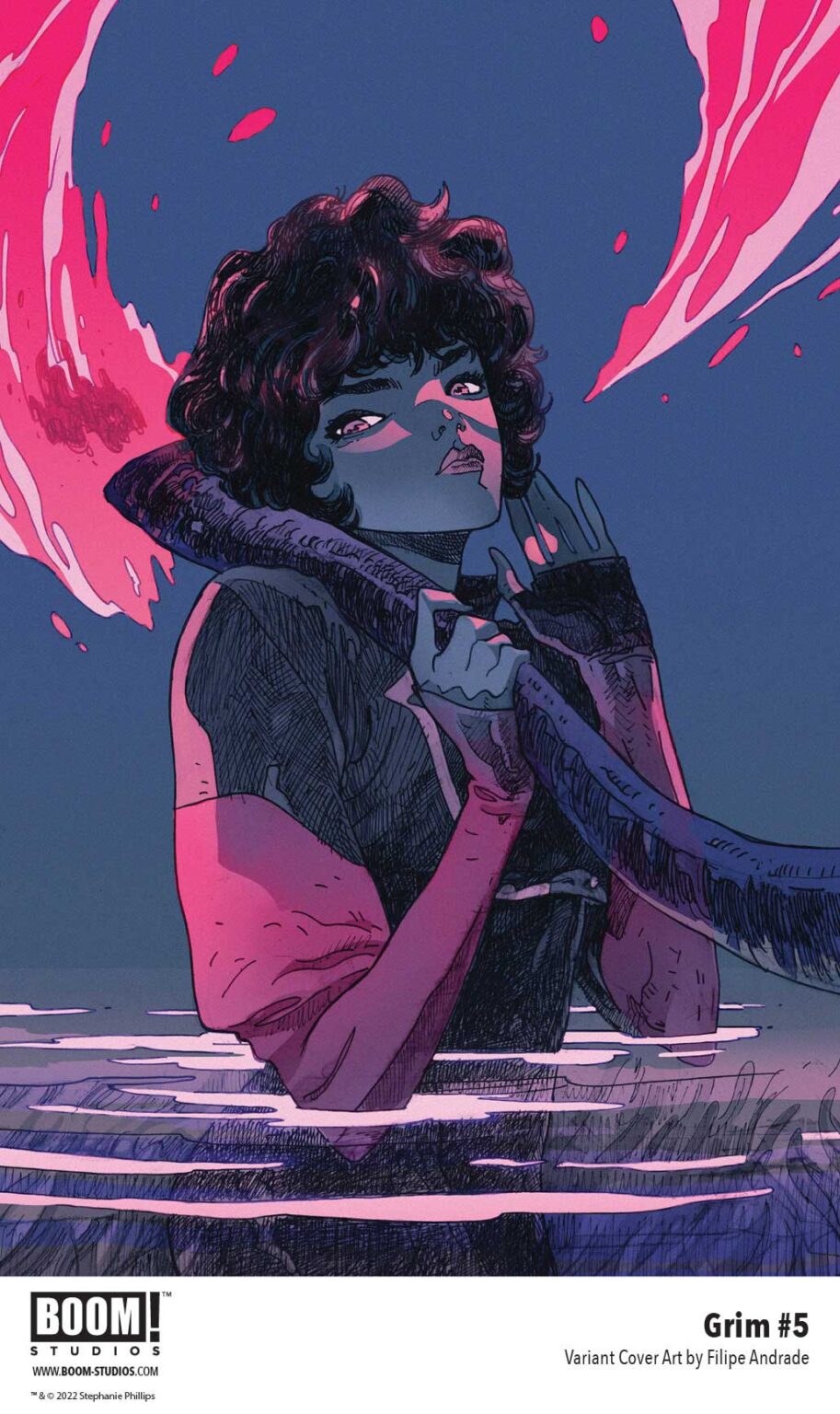 The truth behind Jessica Harrow’s mysterious death, and her connection to the Grim Reaper is finally revealed! But how does this connect to her unique abilities, and the ancient force known only as… THE END? The epic first arc of the breakout hit of 2022 concludes here, revealing macabre secrets and what lies ahead for the future of the series!