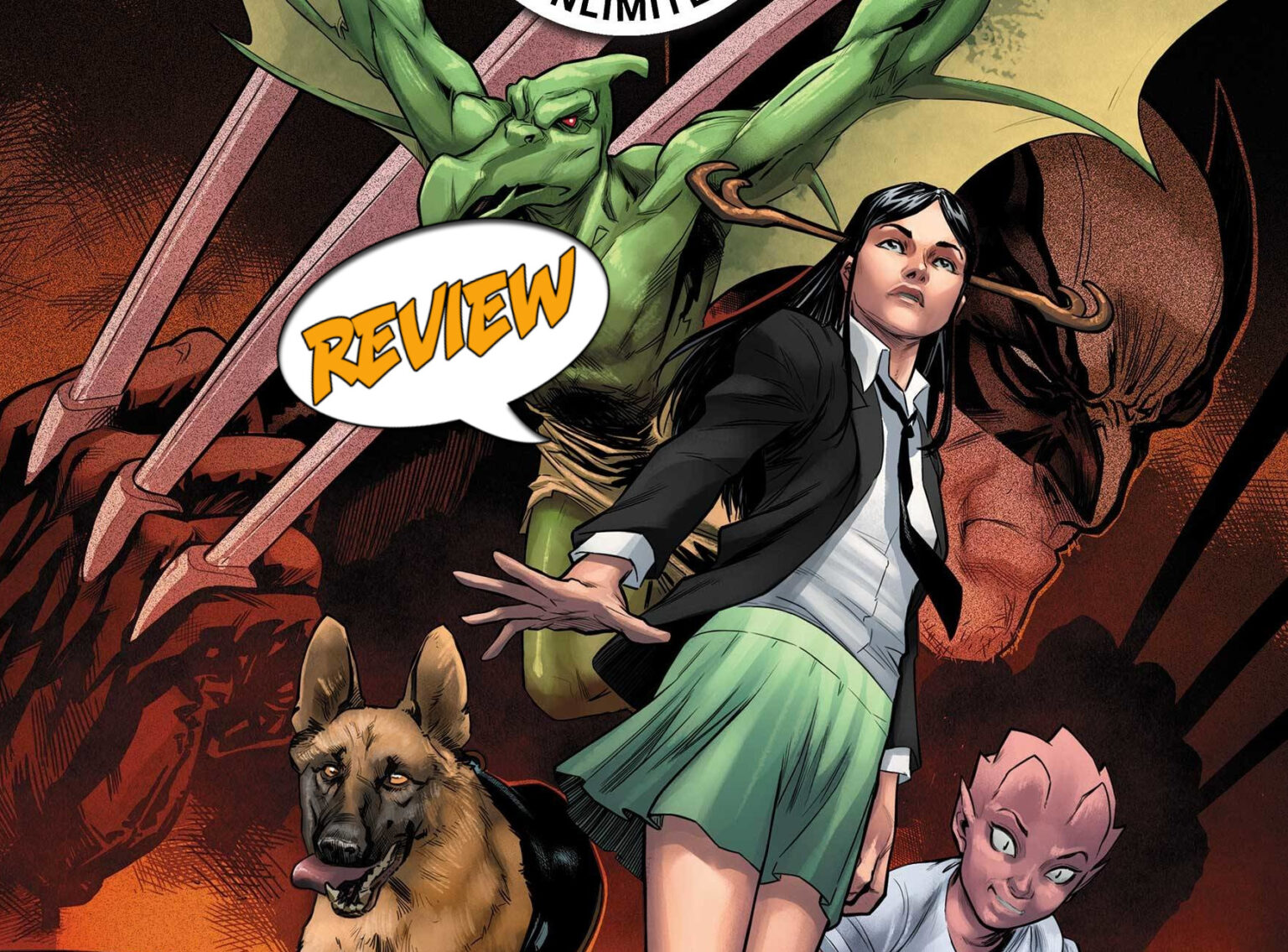 Mutants have learned to live alongside Krakoa, but what about the rest of the world? Find out if Nature Girl can help preserve Earth’s natural resources in X-Men Unlimited: X-Men Green #1 by Marvel Comics!

Previously in X-Men Green: The mutant community has found a home on Krakoa and have learned to work alongside nature. This new nation has three laws. 1) Kill No Man, 2) Make More Mutants, and 3) Respect this Sacred Land. If you break the laws, you may be exiled to the Pit of Krakoa, where you are stuck in absolute solitude.

X-Men Green #1 starts with a simple scene with Pyro playing guitar made from a living tree. Suddenly, a sea turtle floats to shore and dies after spitting up a plastic grocery bag. Nature Girl is infuriated, and she runs to Las Vegas and kills the grocery store manager. Nature Girl escapes before she is arrested by befriending a k9 police dog and distracting the cops with a flock of birds. Professor X learns of the murder and sends Wolverine to capture Nature Girl before she can do more harm. When Wolverine confronts Nature Girl, Nature Girl says that she says Gaia needs her and sends a bear to distract Wolverine.

Nature Girl briefly sneaks back into Krakoa for her belongings and finds Curse, who wants to join her. They team up against an Oil Company and brutally kill the workers. As Nature Girl goes to sleep, she wakes up with a physical change. The next day, Nature Girl goes after another oil company but is attacked by the Black Mamba, who is paid to take Nature Girl down.

I am unsure what I think about X-Men Green #1. The plot and story arc felt familiar and predictable, and the antagonist seems to be capitalists and corporations who do things at the planet’s expense. But this wasn’t framed well, and it felt like a young kid lashing out. In a way, this could be Nature Girl’s villain arc. I haven’t heard of this character, so I am unsure of her publication history. But watching Nature Girl murder people isn’t relatable, even if they are bad people.

Despite all my reservations, I want to know how the book ends. The climate and waste issues are prevalent in the United States, and it is nice to see Marvel Comics tackling them. I think that Nature Girl will be taken down, but I don’t know how nor what the final lesson will be. Will Wolverine lead the charge for a better relationship with Mother Nature? I don’t know, but I am curious to find out.

The premise of X-Men Green #1 had a lot of promise, but I don’t think it was delivered to its full potential. In fact, the story may be a little rushed and could have used another coat of polish. However, I like the idea, and this comic is a solid 3 out of 5 stars from me.

60%
60%
Important Lesson but not well Executed

X-Men Unlimited: X-Men Green #1 has a terrific premise but lacks the proper execution to get the story up and running.