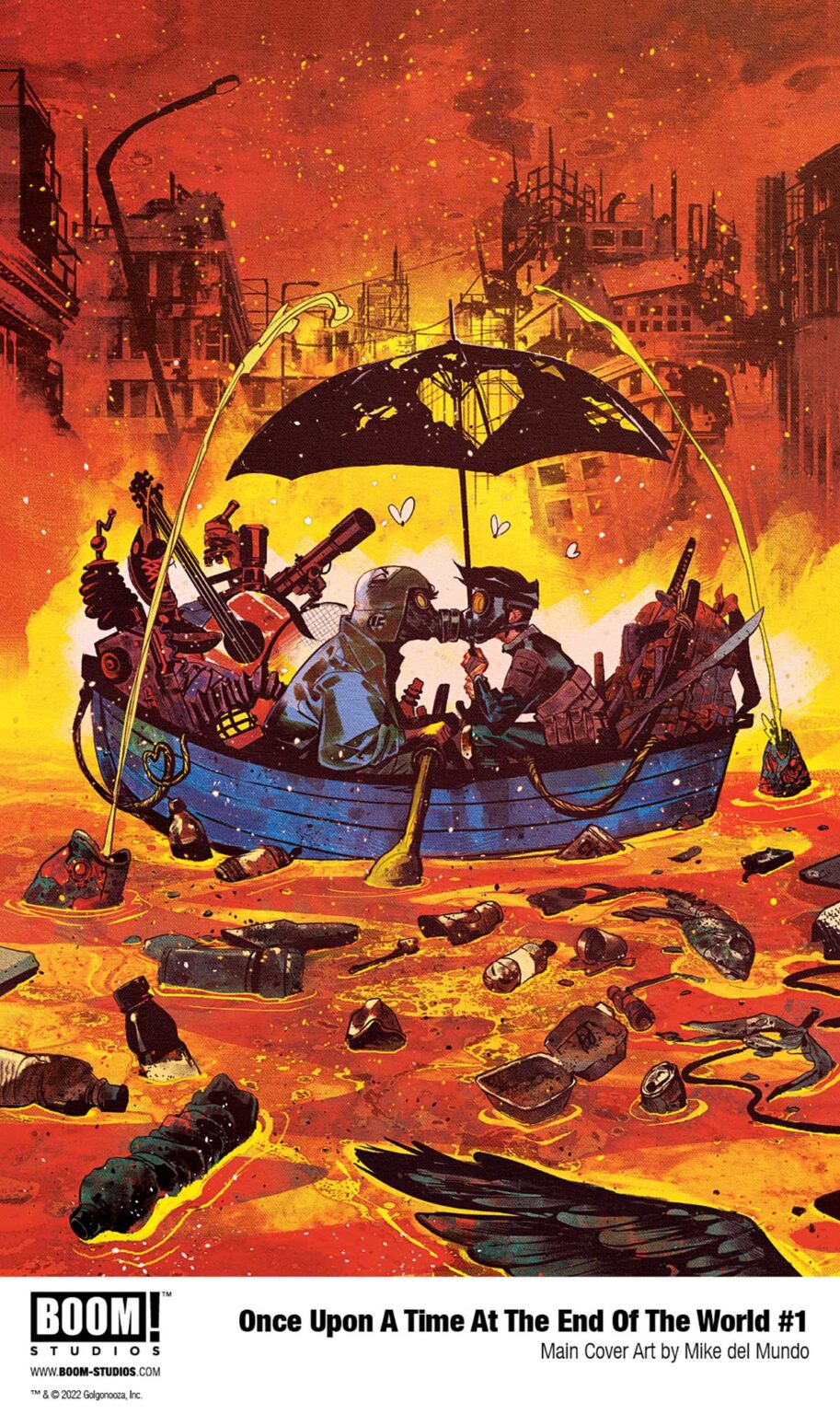 BOOM! Studios continues to announce release dates and artists for Jason Aaron’s Once Upon a Time at the End of the World series as Nick Dragotta joins for volume 3. Nick Dragotta is a writer and artist. Dragotta co-created the Eisner Award-nominated series East of West with Jonathan Hickman at Image Comics after working together on highly acclaimed runs of The Fantastic Four and FF series at Marvel Entertainment. Dragotta also worked on various iconic Marvel and DC characters such as Captain America, Spider-Man, the X-Men, X-Statix, Batman, and Superman. His latest book is Ghost Cage, which he co-wrote and illustrated, at Image Comics.

“I’ve wanted to draw a Jason Aaron comic for some time. I got even more excited when I learned it was a ‘love story,’ and I would be drawing the final act of ONCE UPON A TIME AT THE END OF THE WORLD,” said Dragotta in a press release from BOOM! Studios. “Couple that with getting to craft a comic alongside fellow artists Alexandre Tefenkgi, Leila del Duca, and editor Sierra Hahn. Sign me up.”

“How did Maceo and Mezzy go from lovestruck kids to hard-edged wastewalkers, who’ve become just as brutal as the apocalyptic landscape where they fight to survive, each on their own? And what brings them back together with nothing less than the fate of the entire planet at stake? Nick was the absolute perfect choice for this action-driven, emotion-packed finale of the world’s last great love story,” said Aaron.

Once Upon a Time at the End of the World: Not Even If You Were The Last Person On Earth arrives in 2024.