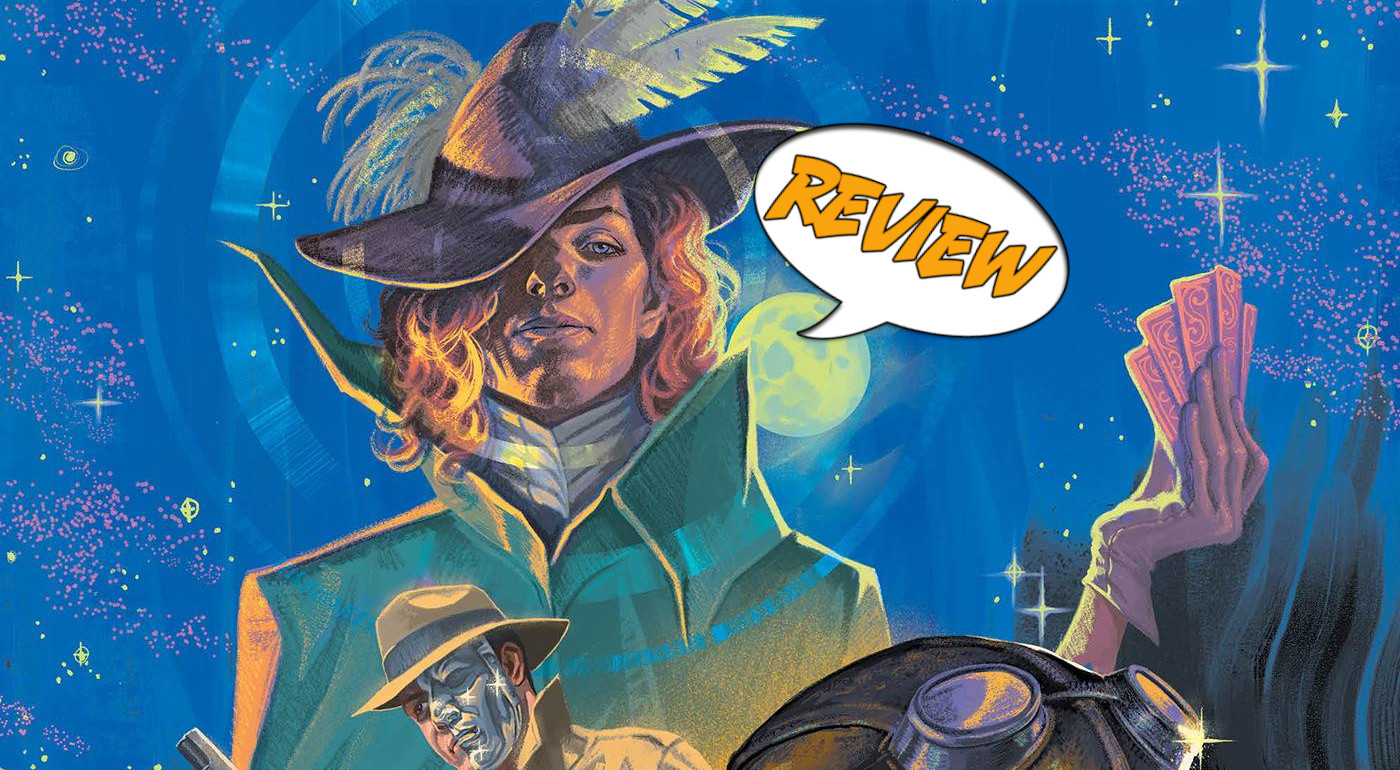 Wild Cards: The Drawing of the Cards #1 Review

Come check out George R.R. Martin’s alternate history where the Earth is home to super-powered individuals! Read the story of Jet Boy in Wild Cards: The Drawing of Cards #1 by Marvel Comics!

Previously in Wild Cards: Come check out George R.R. Martin’s world, where he and more than forty authors have written over 25 novels and short story collections! When a human is infected with the “Wild Card” virus, they die or mutate. However, some are lucky and get new abilities to do good… or evil!

Wild Cards: The Drawing of Cards #1 starts with a group of aliens called Takisians that are genetically identical to humans. They plan to set off a virus on Earth to see if humans can survive. One Takisian named Dr. Tachyon is a telepath who betrays his people and fights off the ship holding the virus bomb. Unfortunately, the virus is still launched to Earth but doesn’t explode. Dr. Tachyon heads to Earth to find the virus before it is too late.

Meanwhile, Robert Tomlin is a veteran who became the pulp hero known as Jet Boy in World War II. That and one of his enemies, Dr. Tod, is in town. Tod has found the virus bomb and is now using it to blackmail the city!

Wild Cards: The Drawing of Cards #1 has always had a great premise and translates well to the comic page. The world is visually stunning, and the plot hook engages the reader. The only concern is that the protagonist, Jet Boy, doesn’t get much page space. The story is set up to explore the virus and introduce the Takisians but fails to tell us why we should root for Jet Boy. In fact, he is the most boring character in the story so far. I think that is the risk you take. A novel/short stories have pages and pages of world build and exposition. This comic is a four-issue miniseries, and I feel we skipped many details about who Jet Boy is. I can’t fault the creative team for this decision, but I hope it pays off in the end.

I really enjoyed this comic book and think it has a lot of potential. George R.R. Martin is a great world builder; you can see his influence in this story. The art team gave it a great older feel to represent the 1940s which this comic is based. With that in mind, this is a 4.5 out of 5 stars for Wild Cards: The Drawing of the Cards #1.

Wild Cards: The Drawing of Cards #1

Wild Cards: The Drawing of Cards #1 does an excellent job taking us into the mind of George R.R. Martin to see his world of superheroes.