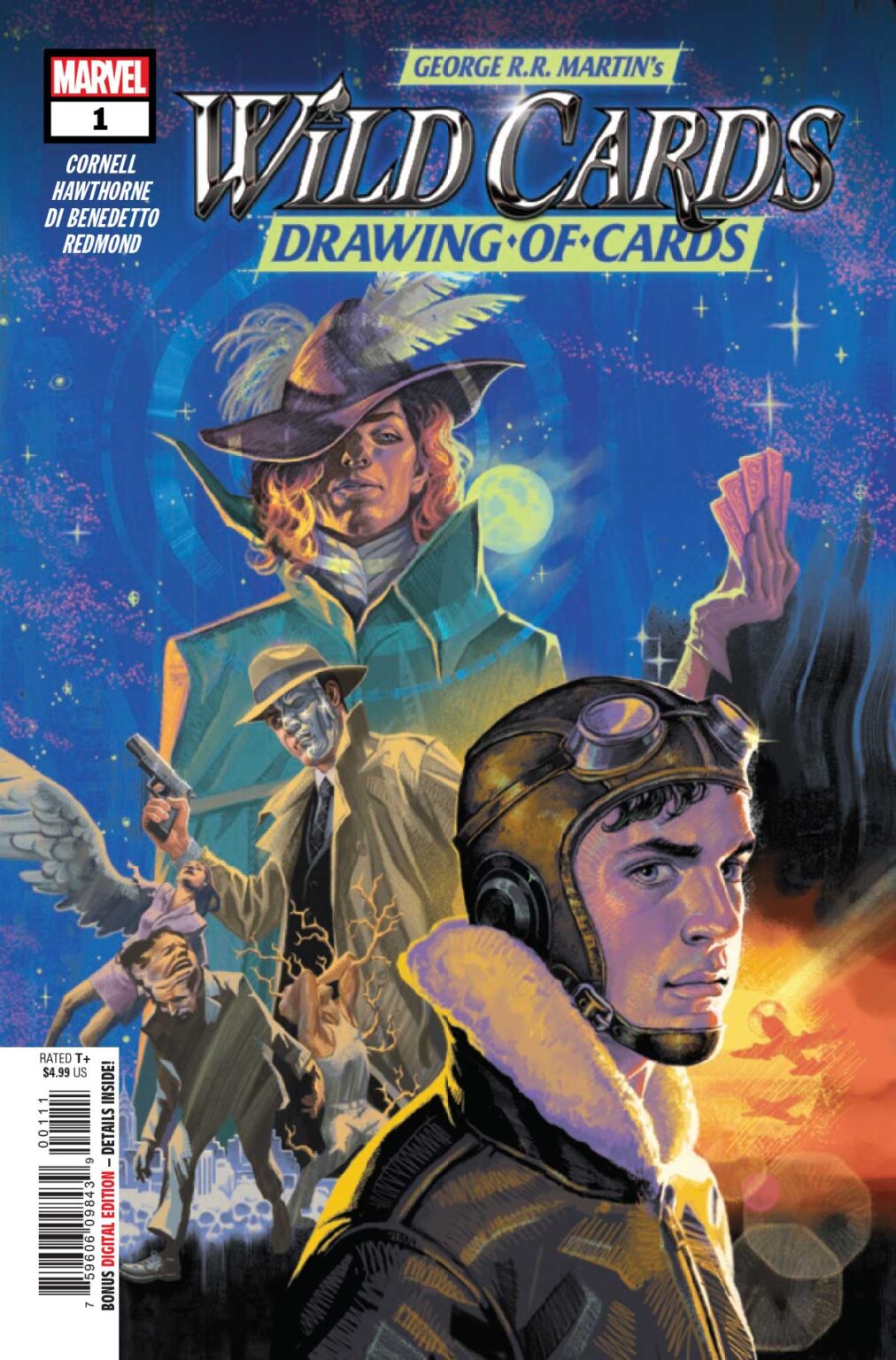 WILD CARDS: THE DRAWING OF CARDS #1 (OF 4)
PAUL CORNELL (W) • MIKE HAWTHORNE (A) • COVER BY Steve Morris
VARIANT COVER BY Mike Hawthorne
VARIANT COVER BY TBA
THE LEGENDARY GEORGE R.R. MARTIN SUPER HERO SERIES COMES TO MARVEL!
Spanning more than 25 novels, more than 20 short stories, released over three decades and written by more than 40 authors, the Wild Cards series tells the story of an alternate history in which the Earth is home to super-powered individuals. When a human is infected with the alien “Wild Card” virus, the odds are that they will be killed…which is referred to as “drawing the black queen.” Of those who survive, the bulk of them become “jokers,” left with some strange mutated form. A lucky few are called “aces,” those gifted with super-powers they can put to use toward heroes goals…or villainous ones. Now, for the first time in comic book form, see how the Wild Cards universe began with an adaptation of the very first stories in the original Wild Cards novel. Based on stories by Harold Waldrop, Roger Zelazny and series mastermind and editor, George R.R. Martin, Wild Cards is a stellar introduction to a whole new world reshaped by the emergence of superpowers.
32 PGS./Rated T+ …$4.99