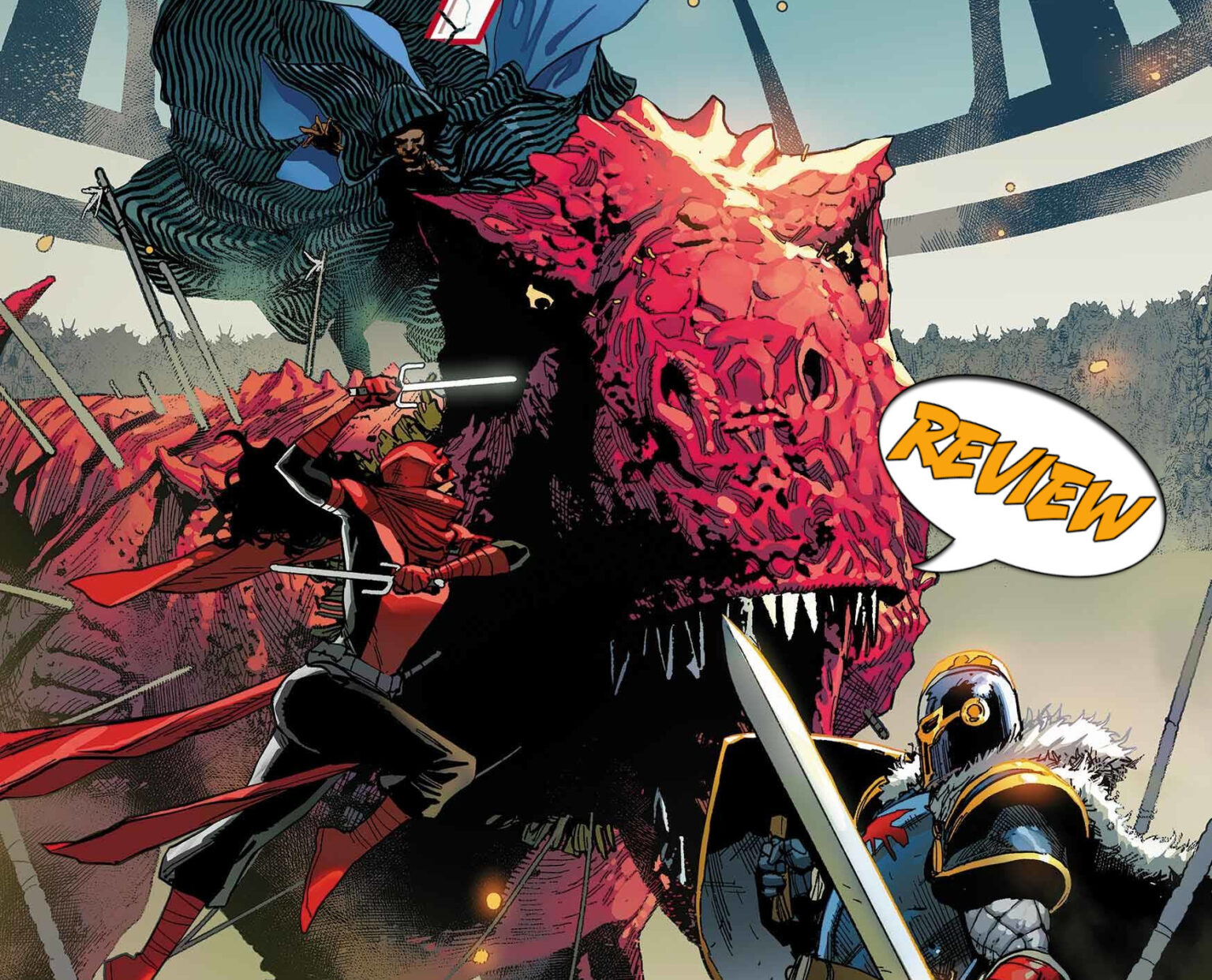 The Savage Avengers have returned to the Hyborian Age! Can Conan lead his modern-day friends to safety with Deathlok hunting them down? Find out in Savage Avengers #2 by Marvel Comics!

Previously in Savage Avengers: Conan the Barbarian was trapped in the modern era and joined forces with Earth’s Mightiest Heroes. Deathlok accused Conan of crimes against the timestream and ended up in a fierce fight. This gathered the attention of Elektra, Anti-Venom, Weapon H, Black Knight, Cloak, and Dagger. During the battle, Deathlok opened a portal and took the heroes to the Hyborian Age!

Savage Avengers #2 starts with the Avengers split up. Conan, Anti-Venom, and Dagger were in the middle of a Zingaran fight and were quickly captured. Elektra and Cloak appeared in the middle of a gladiator pit and ended up fighting the Devil Dinosaur. Luckily, Cloak could teleport the beast but could not escape their captors in the arena. Weapon H and Black Knight appeared in a Tavern and were forced to run, with Weapon H’s gamma core somehow giving him wings. And Deathlok found himself in a dock and started to make a weapon.

In prison, the Avengers were reunited. However, Deathlok soon attacked. Cloak created a distraction by summoning the Devil Dinosaur, and the Avengers retreated to safety. However, with Conan’s return, so returns Thulsa Doom!

GOOD TO HAVE FRIENDS

Savage Avengers #2 primarily took the perspective of a narrator who added a poetic commentary to everything going on. This was an exciting approach to the story because I never felt like I was trying to get into the mind of the characters but rather taking a rational approach that the narrator presented. This narrator provided a lot of context and engaged my interest fully because it gave a perspective that made me think. Great choices here by the creative team.

The book is also filled with the theme that Conan has/needs friends and allies. That this crew can help each other. There was a beautifully drawn and colored panel where I could see Conan thinking critically about what Dagger and Elektra were saying. When the art and coloring can add to the storytelling, you are in for a good book.

I picked up this book last minute to fill in a review spot, and I am pleasantly surprised by it. There is a lot of depth in the storytelling tactics that I don’t see very often. I hope that in future issues, we can get into more character growth. Weapon H is a character I haven’t heard of and seeing him interact with the Black Knight was engaging. 4 out of 5 stars for Savage Avengers #2.

Savage Avengers #2 provides engaging narration in a style that appeals to what I want out of my comics.