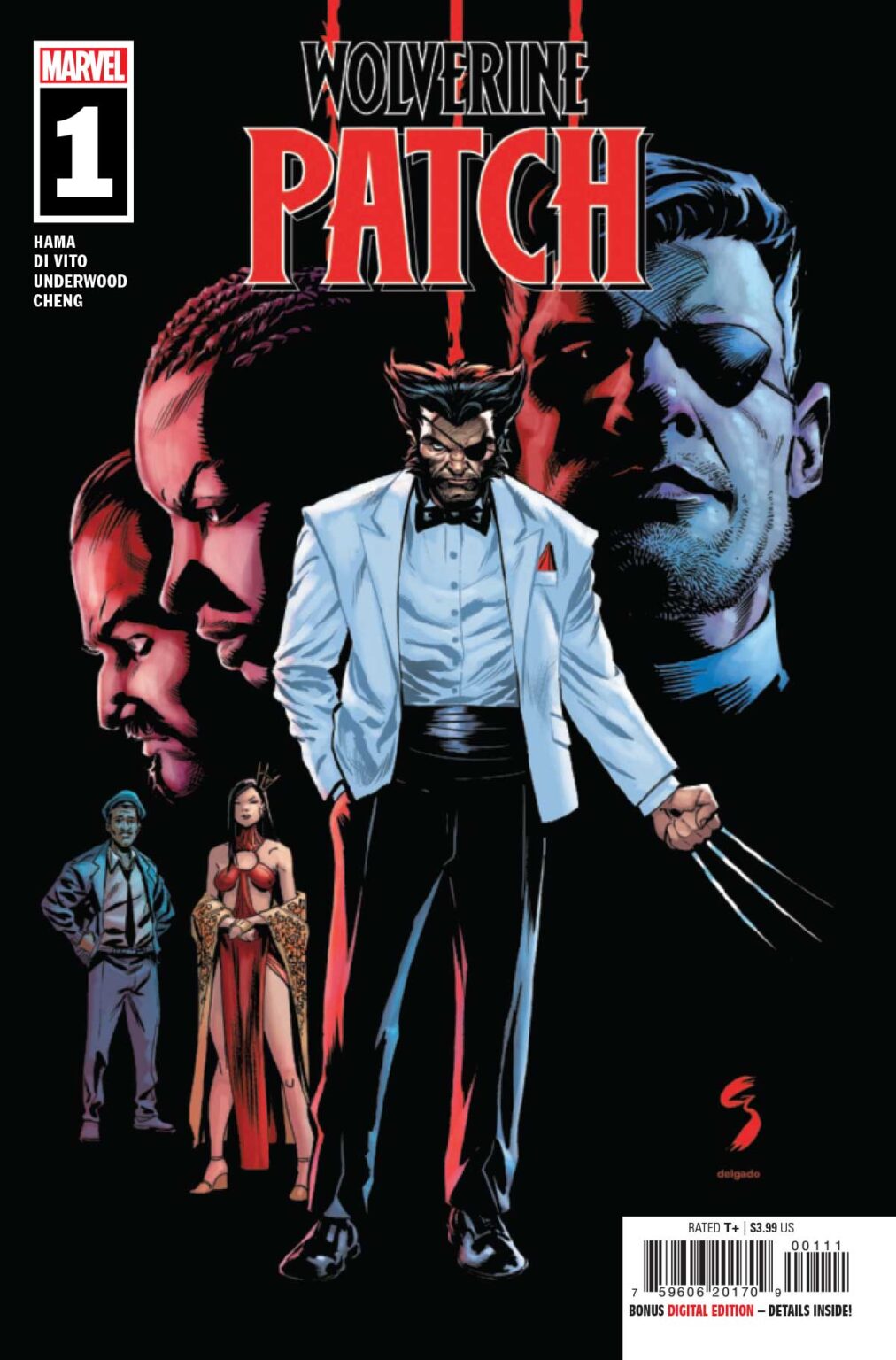 WOLVERINE: PATCH #1 (OF 5)
LARRY HAMA (W) • ANDREA DI VITO (A) • Cover by GEOFF SHAW
Variant Cover by DAN JURGENS
Variant Cover by JOHN ROMITA JR.
VARIANT COVER BY SKOTTIE YOUNG
RETURN TO MADRIPOOR WITH THE MAN CALLED PATCH!
ALL-NEW action, intrigue and espionage awaits you as legendary creator Larry Hama returns with a story set before his original run on WOLVERINE! The mutant known as LOGAN has made a name for himself on the mysterious island of MADRIPOOR, where the locals know him as PATCH. From their haunt at the PRINCESS BAR, what starts as a simple recon mission lands PATCH and ARCHIE knee-deep in a paramilitary struggle that will surface some SURPRISE REVELATIONS and characters!
And is that NICK FURY, DIRECTOR OF S.H.I.E.L.D.? Yes, two patches for the price of one! A must-have for long-standing readers, and a welcome entry point for new readers of WOLVERINE!
32 PGS./Rated T+ …$3.99