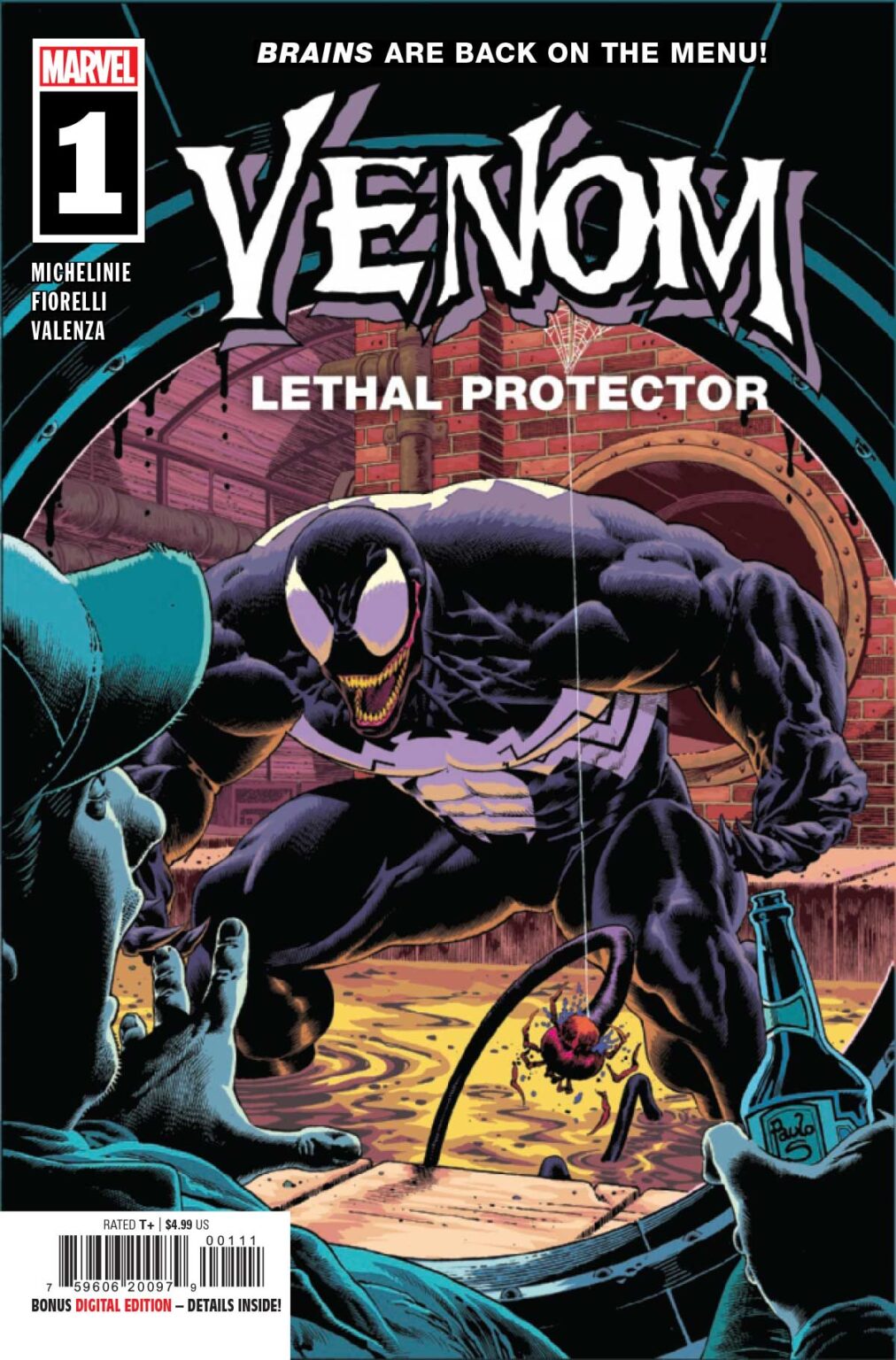 VENOM: LETHAL PROTECTOR #1 (OF 5)
DAVID MICHELINIE (W) • IVAN FIORELLI (A) • Cover by Paulo Siqueira
VARIANT COVER BY BILL SIENKIEWICZ
STORMBREAKERS VARIANT COVER BY JOSHUA CASSARA
VARIANT COVER BY DAVID NAKAYAMA
AN EPIC RETURN!
Before Carnage and space gods, clones and toxins, and the revelation that he was a father, Eddie Brock was a down-on-his-luck reporter who had tried to take his own life and been saved by an extraterrestrial alien.
This all-new story set in the character’s earliest days welcomes Venom co-creator DAVID MICHELINIE back into the symbiote hive with open arms, as he and rising star IVAN FIORELLI unite to tell a new, horrifying tale that not only revisits the wicked web-slinger’s past, but hints at what’s to come in his future!
40 PGS./Rated T+ …$4.99