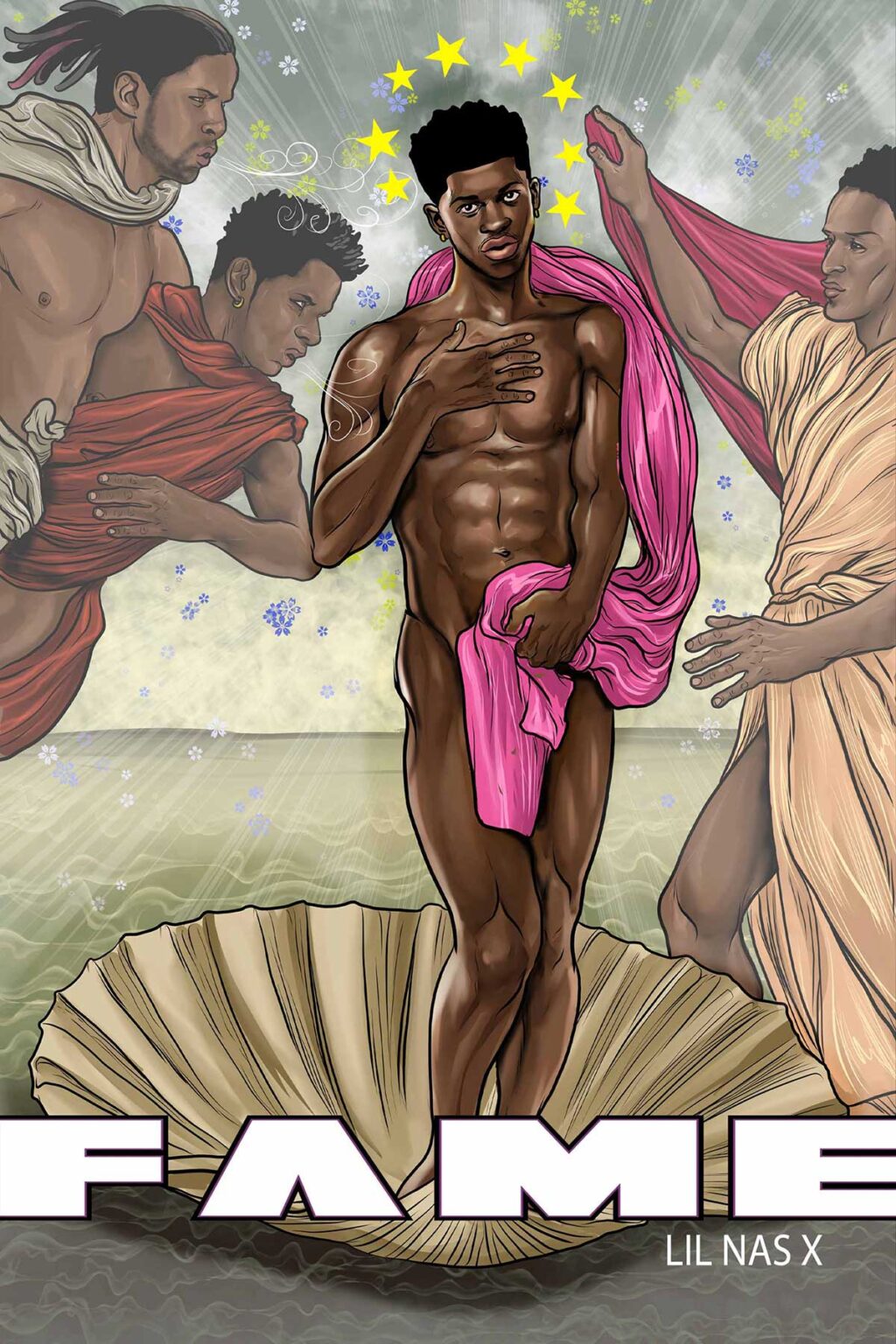 Mike S. Miller is a Native Hawaiian-American comic book artist whose fame came from drawing at Malibu Comics, Marvel Comics, DC Comics, and Image Comics as well as his creator owned titles. At TidalWave, Miller was the artist on comic book series “Black Tide” and did cover art on many fiction books such as “10th Muse”, Legend of Isis” and “Judo Girl”. This 27-page gallery showcases never before seen images and covers from the legendary artist. Lil Nas X has become one of the most influential people in music according to TIME and Forbes magazines. The multi-award-winning rapper who is breaking down glass ceilings being a gay man in hip-hop with a big hit called “Old Town Road”. This comic book biography tells the story of Lil Nas X childhood in Atlanta to international superstardom. In 2019, he released a remix featuring Billy Ray Cyrus that generated him further fame. His videos have earned over 600 million views on TikTok. Check out this 22-page comic book featuring the rise to FAME of Lil Nas X. Special cover by famed comic book artist Joe Phillips. Enter: Judo Girl, but who’s side is she on? Meanwhile, Ares’ team is attacked by the reprogrammed GEARZ robots who are hellbent on securing Pandora’s Box before Ares can open it and exploit its secrets. Meanwhile, the evil Grayson Bishop makes his move against Ares’ team and Atlas curses Zeus. All this leads up to our explosive final issue! Twenty years ago, “The Legend of Isis” was introduced to the world at Image Comics as one of the top fifteen comic books. This special twenty-year anniversary edition features never before seen images and character designs. Trapped 5,000 years out of time, the would-be Egyptian goddess, Isis, must adjust to her new life in 21st Century Los Angeles. Using her mystical staff and some help from a few new friends, Isis will protect those around her from evil that may threaten their world. But how can she protect a world that she doesn’t fully understand? Join Isis in this debut as she’s introduced to the modern world and its new ways of life. This is the start of a brand new series. A new homage cover by Marvel Comics artist Yonami. 32-pages of zero ads and including images by famed artists Andy Park and Randy Green! Twenty years ago, this series premiered at Image Comics. She is back in all new adventures in this anthology featuring eight stories. This brand new collected edition features never before seen images and bonus material! Over the last twenty years TidalWave has worked with some of the best artists in the comic book industry. Some of the artists that have done work for TidalWave got their start with us and some were established already in the comic book world. We are proud to showcase some of the artists who have done work for Marvel such as Andy Park, Keu Cha, Pat Broderick, Chris Bachalo, Mike Wieringo, Stephen Platt and more! We have put together the best of the best in this special gallery that features great art as well as never-before-seen images from these amazing artists. They’re the craziest villains you’ve never heard of, and for a good reason! The 10th Muse and Judo Girl battle the sinister Wine Syndicate: The fierce and sexy Syrah, Malbec – the strong man, the mysterious Pinot Noir, the effervescent Sparkling Rose, and their leader, The Zymologist. When a freak accident makes the Wine Syndicate the masters of the world, can the avatar of justice and her time-lost sidekick set things right? So pour yourself a glass and read the latest issue of the Bold & the Brave!