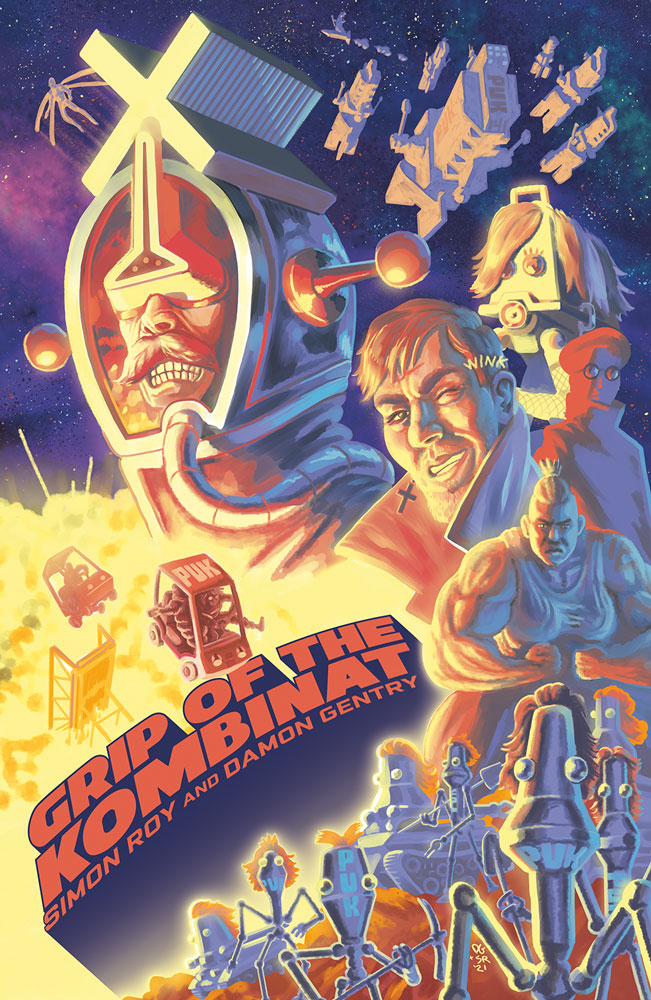 Grip of the Kombinat arrives in June

Simon Roy and Damon Gentry are teaming for Grip of the Kombinat, a new sci-fi adventure series from Image Comics.

“This book was a real labor of love for Damon and me—we wrote the first story WAY back in 2015 over a rowdy weekend. Then, after much hemming and hawing, we decided to draw it together, between the two of us, in 2017,” said Roy in a press release from Image Comics. “Once the first piece of the puzzle was complete, we would meet up each year for weekend-long benders and write/thumbnail a few stories at a time. A process that was bad for the liver and lungs, but magic on the page.”

Grip of the Kombinat is scheduled to arrive on June 8, 2022.