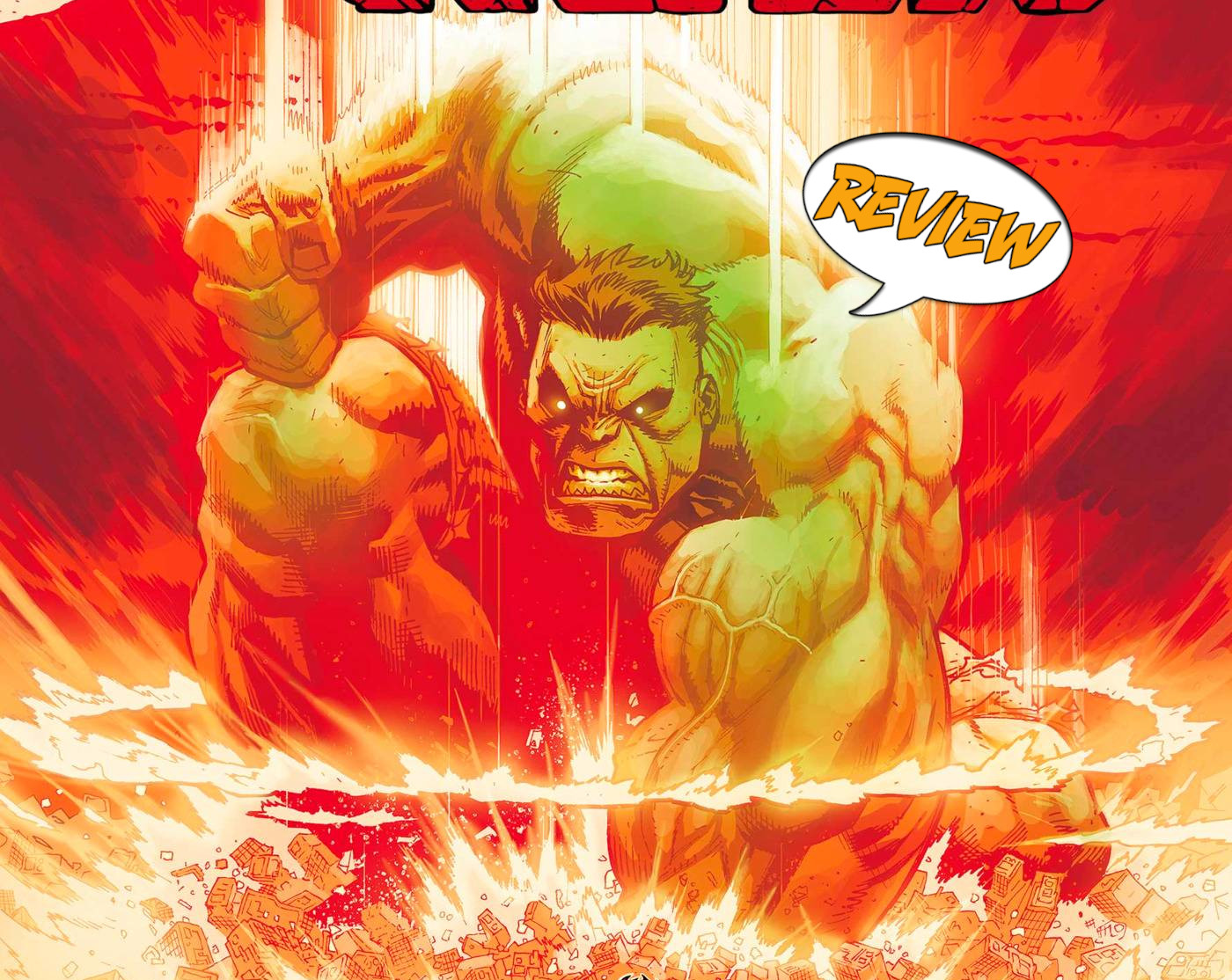 Previously in Hulk: Bruce Banner was caught in an explosion of gamma radiation that turned him into the rage-filled monster, Hulk. Banner eventually learned to work with the Hulk to become one of earth’s mightiest heroes. However, something else is amiss.

THE MAN BEHIND THE MACHINE

Hulk #1 begins with Doctor Strange gathering the greatest heroes of the Marvel Universe together to talk about Bruce Banner. Bruce has managed to accomplish something crazy. He is now able to completely control the Hulk in Hulk’s mind. He uses the Hulk as a shell, and he is piloting the ship. Additionally, he has given cybernetic enhancements to the Hulk, likely something to aid with his control. The comic takes us to a battle between Hulk and Iron Man and we see the similarities between the two. While Tony Stark controls suits of armor and nanotechnology. Banner controls the Hulk and can turn his rage on like a speed throttle. Additionally, Banner begins to monologue and even has a delusion of Betty being with him. His plan is to go into the demiplane that Stark created when he fought the King in Black. As he defeats Iron Man and walks through the portal, he gives everyone a warning. They are not dealing with the Hulk, they are dealing with Bruce Banner.

I haven’t followed the Hulk title recently. I wonder what events led up to Hulk #1 and Banner’s descent into becoming a villain. And on top of that, why does this feel like another Maestro type storyline? On top of that, why do we like heroes verses other heroes storyline so much? I don’t know, this feels like old plot lines that are being rehashed in a new way. For me personally, if they wanted to hook me in, I needed something brand new. Perhaps the cybernetic Hulk was supposed to be that new thing. Or even the celestial portal. But that wasn’t emphasized enough to hook me in.

I think the mad scientist trope always looks good on Bruce because he has the brain and brawn to do some nasty stuff. While I am not sold on this issue, maybe watching the Marvel Universe come together to deal with the Hulk may be the right hook for you.

When I picked up Hulk #1, I wanted something a little more nuanced than what I got. To me, it felt like old plot lines that I have seen before coming back. But these themes may be interested to you if you really like the Hulk or if you enjoy some of these tropes. Hulk #1 is a 3 out of 5 for me.

Hulk #1 didn't provide me with enough new content to hook me in.