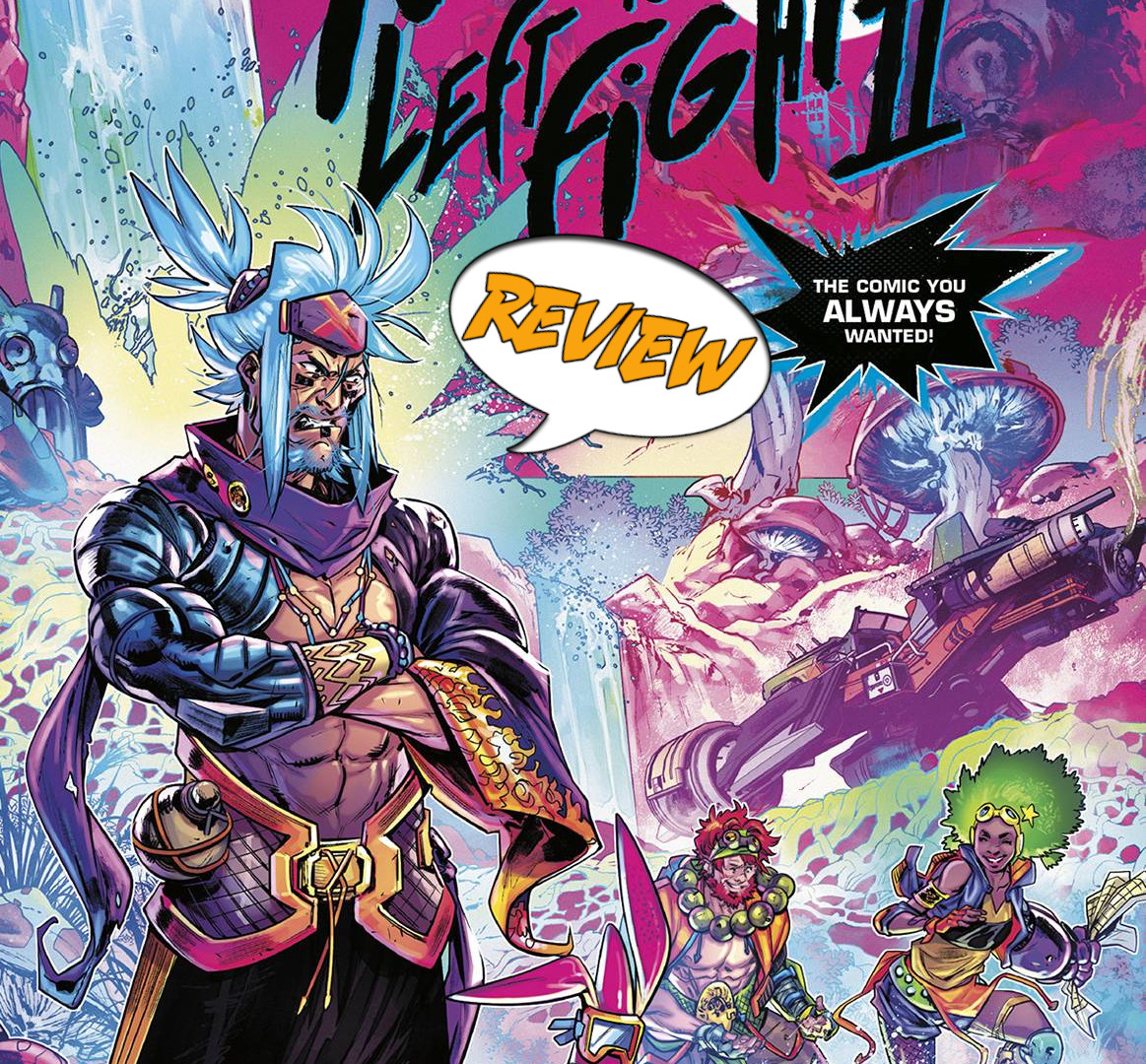 No One Left to Fight #1 Review

What happens to the world’s greatest fighters after they have already won their greatest battle? Find out in No One Left to Fight II #1 by Dark Horse Comics!

No One Left to Fight II #1 begins right where the first series ended. Timor and Krysta have found out that Vale is dying. The fact that Vale kept it a secret from them deeply upsets them. So much so that the tension between Vale and Timor comes to a head. After meeting for a meal with Kishmet, Timor accuses Vale of trying to steal his wife, Krysta. Kystra yells at both of them and forces the two of them to reconcile. Vale didn’t want to tell them because he wanted one last road trip as friends. He feared that if he told them, they would try to cure him. Which is ironic because the comic ends with Kystra coming up with a plan to see D.A.D.!

I struggled with the entry into the next arc quite a bit. I read the first series in one sitting and remembered liking it quite a bit. But when I opened the first page of No One Left to Fight II #1, I felt lost and confused. It took a bit of research to jog my memory on the earlier story arcs. The book introduces a new plot but doesn’t give you a lot of help providing much needed context. Instead, they just briefly give you a couple of flashback sequences. It is like this book is supposed to be read right after the previous series, but there is almost two years of publication difference between this series and the last one. To be clear, I think the story is well thought out but suffers from too much time since the previous series.

The art in this issue is amazing. I love the vivid colors and the expressions of the characters. I love the interpretation and aesthetic by Fico Ossio that helps set an interesting tone to the rest of the series. For the art alone, I think this is a good series to pick up.

I really like No One Left to Fight II #1. But I do admit that it is not new reader friendly, nor does it help you remember what happened in the previous series. But I think this series has some great ideas and an exciting new story arc. 4 out of 5 from me.

No One Left to Die II #1 has some great ideas and phenomenal art but is not new reader friendly despite being a #1 issue.