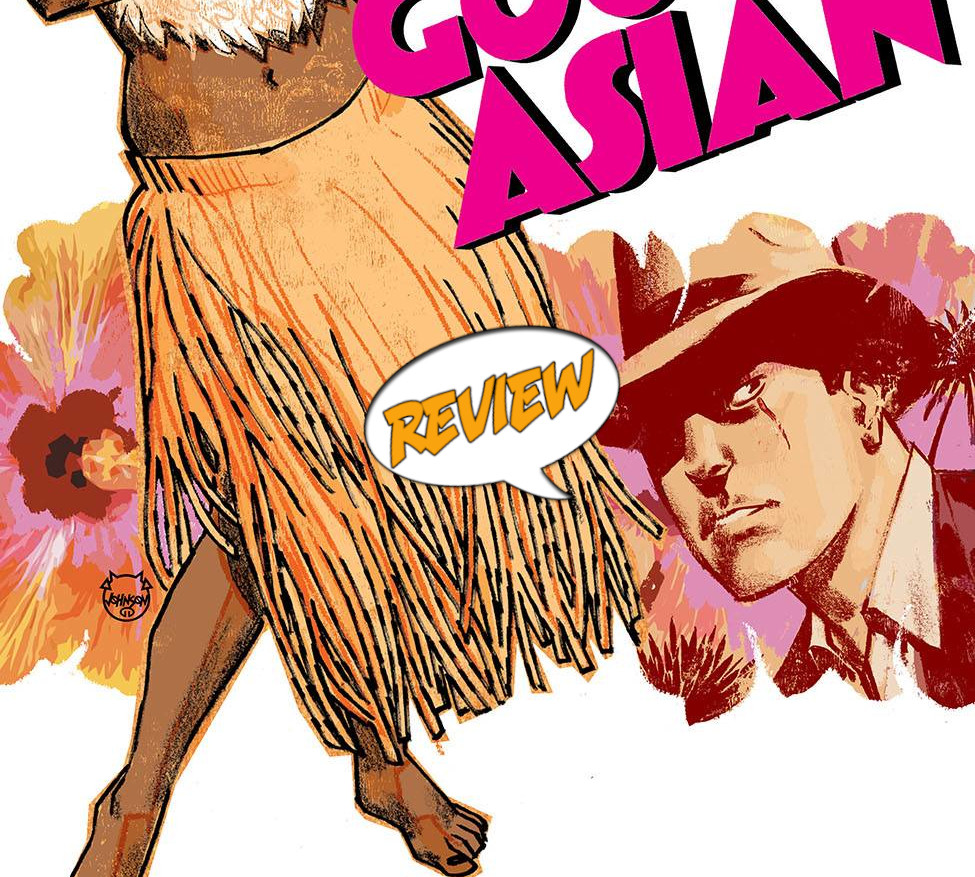 Find out the mysterious backstory of Edison Park and how he got his iconic scar in this week’s review of The Good Asian #5 by Image Comics!

Previously in The Good Asian: Edison Park is a detective based in Hawaii that is called to San Francisco by his surrogate brother to look for a woman.  This woman is believed to be connected to why his adopted father, Mason, is ill. When he arrived in San Fran, he ends up in a weird mystery involving someone impersonating Tong member, Hui Long. During his investigations, his surrogate brother, Frankie Carroway, is struck dead.

HOW WE GOT HERE

The Good Asian #5 shows us the backstory of Edison Park. His father was a gambler who racked up a lot of debt playing Pai Gow. When the collectors came, he split, leaving behind Edison and his mother. They ended up in the employment of millionaire Mason Carroway. But when Edison’s mom is killed, he is adopted into the Carroway family. He has a great relationship with his newfound father and brother, but it takes a while to warm up to his new surrogate sister, Victoria. After a while, he gains the trust of his family and starts a romantic relationship with Victoria. But their relationship is strained when the family is moving from Hawaii to San Francisco and the fact that they are technically siblings. Because of this, Edison resolved to stay in Hawaii and Victoria chooses to stay with him. To convince Victoria to leave, Edison sleeps with another woman and is purposefully caught by her. Victoria, in her anger, hits Edison which causes the scar above his eye from her ring.

In the present day, Edison looks over Frankie Carroway body and tries to figure out what to do. If he turns the body of a white millionaire to the police, they will crack down on the people of Chinatown. He decides to try and hide the body until he can figure out the case himself, but he is caught by Detective O’Malley!

There is a hard decision by Edison here. The Chinese Exclusion Act really hurt a lot of immigrants and Edison wants to help them. Unfortunately, taking this case only seems to be making things worse for himself, his adopted family, and the people here. Now that we learn a little bit about Edison’s family and how he grew up, we understand some of his actions in the previous comics. This idea that he must appease certain people to try and fit in mixed with his guilt when it comes to his heritage. We also get to see his relationship to Victoria and why that tension is there. I’m not usually a fan of flashback issues but this one added a lot of much needed information that enhanced the story.

I wonder if Edison is going towards a redemption story. To be specific, the redemption of his relationships. He messed up his relationship with his family, his culture, and other professional cases. It was a theme I wasn’t aware was there in previous issues but makes so much sense after this comic. Regardless, my interest in this series is reinvigorated and I hope to learn more about what is going on in Chinatown.

The Good Asian #5 does a great job informing the reader about the context of the plot line and allows Edison to be a little more relatable. I love this story because it is well researched, intelligently written, and shines a lot of my own heritage as a Chinese American. This issue is a 4.5 out of 5 for me and I can’t wait to see what happens next.

The Good Asian #5 provides us great context to why Edison made the decisions he made.