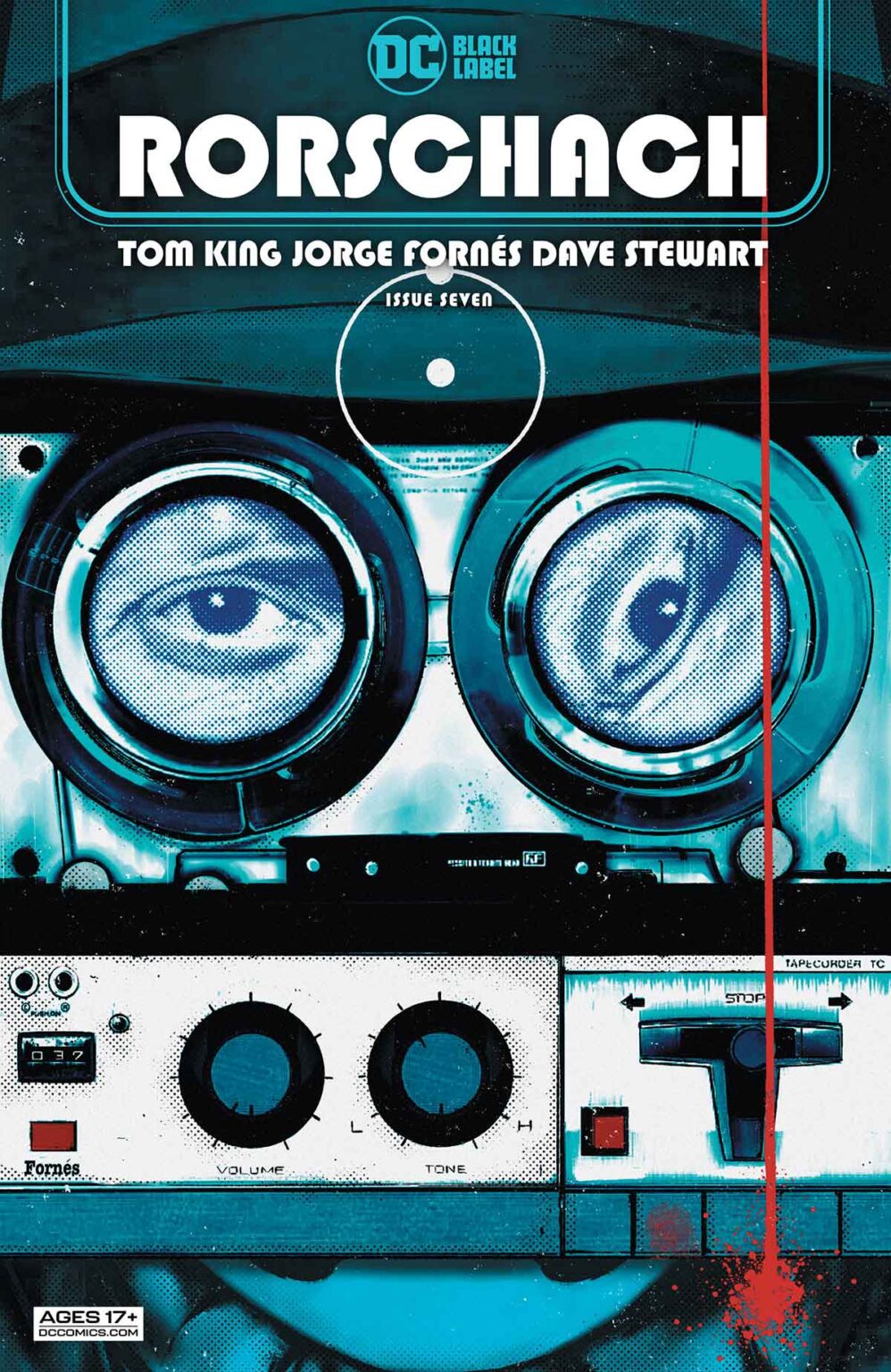 RORSCHACH #7
written by TOM KING
art and cover by JORGE FORNÉS
variant cover by JULIAN TOTINO TEDESCO
ON SALE 4/13/21
$4.99 US | 32 PAGES | FC
CARD STOCK COVERS
DC BLACK LABEL | AGES 17+
Wil Myerson might have been the creator of Pontius Pirate, the most popular comic in history, before he put on the Rorschach mask and tried to kill a would-be president, but he’s not the only artist who worked on the character. Other artists fell under Wil’s influence, and now all these years later, his more renowned acolyte has fallen sway to Laura, the #1 Myerson superfan. Is it possible she influenced another comic book legend into playing vigilante? The key here is that tape the detective is trying to decipher, the one with the séance that has been haunting him since the very first issue! All this and a cameo by Dr. Manhattan to boot!