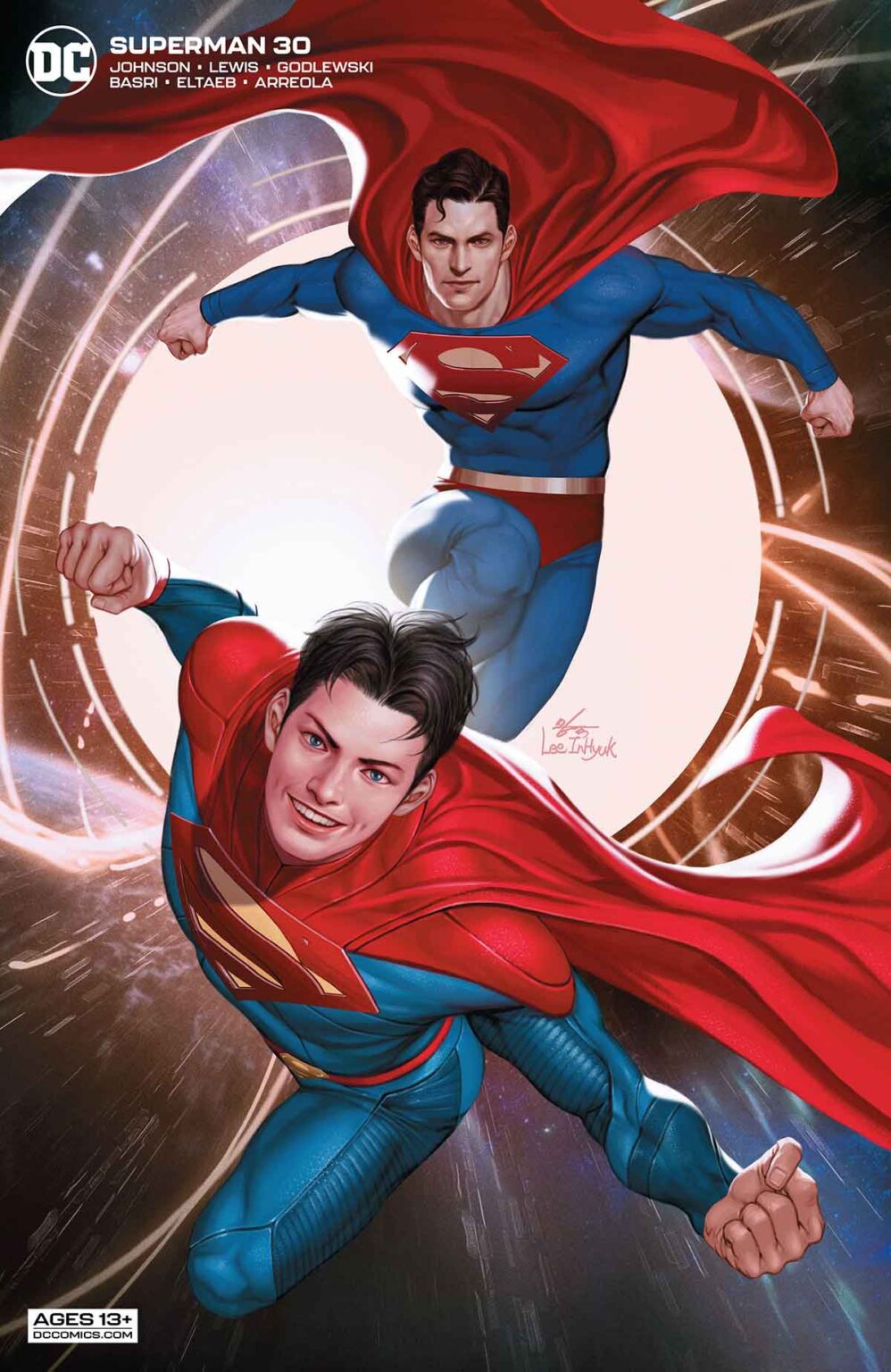 SUPERMAN #30
written by PHILLIP KENNEDY JOHNSON
art by SCOTT GODLEWSKI
backup story written by SEAN LEWIS
backup story art by SAMI BASRI
cover by JOHN TIMMS
card stock variant cover by INHYUK LEE
ON SALE 4/13/21
$4.99 US | 40 PAGES | FC | DC
CARD STOCK VARIANT COVER $5.99 US
Superman has received a signal from distant space. An old friend is in deep trouble, and only the Man of Steel can help him. By the time Superman and his son get there, though, the alien who sent the signal is nowhere to be found, and his people appear to be enthralled by a shamanistic storyteller who warns of an ancient grudge with the malevolent Shadowbreed. This leaves Clark and Jonathan Kent to ponder just who sent them the distress message, but before they can find the answer, they’ll discover that an ancient grudge still has very current consequences. Kicking off a new story line, this issue pairs Phillip Kennedy Johnson with his Future State: Superman: House of El collaborator, artist Scott Godlewski!
Meanwhile, in the “Tales of Metropolis” backup story it’s…the return of Ambush Bug? Say it ain’t so!