Proctor Valley Road #2 arrives in stores in April, but today, BOOM! Studios has released a preview of the issue for all to see.

August, Rylee, Cora & Jennie are the prime suspects in the disappearance of the missing boys, but the authorities have no idea what monsters roam Proctor Valley Road. As the town – and even their families – closes in on the girls, August makes a choice to visit that haunted road one last time. And even if she survives, an even greater threat may have its eyes on these four friends…

Proctor Valley Road #2 is from Grant Morrison, Alex Child, Naomi Franquiz, and Tamra Bonvillain, and is scheduled to arrive on April 14, 2021. 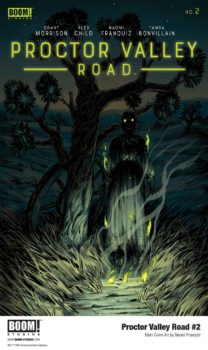 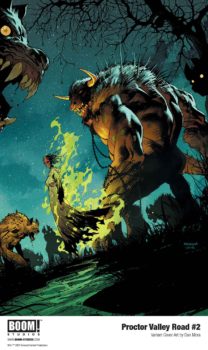 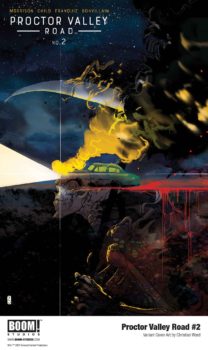 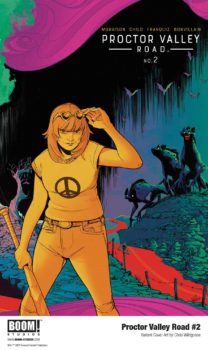 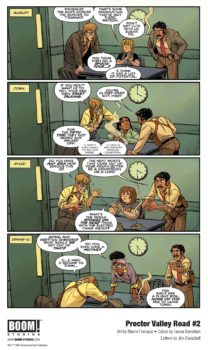 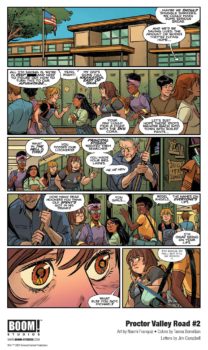 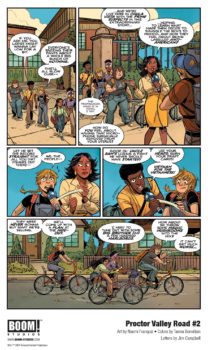 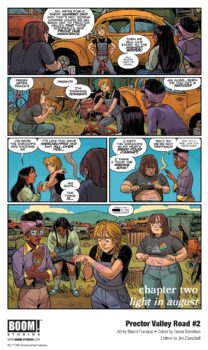 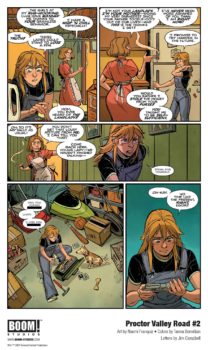