In June, Todd McFarlane takes us into his world building project with Spawn’s Universe #1. Today, however, we get a look at some of the art from the first issue.

Contained inside Spawn’s Universe #1 will be four different stories (Spawn, She-Spawn, Medieval Spawn, and Gunslinger Spawn) highlighting different Spawn characters from the past and present as well as the introduction of new villains. The acclaimed artists working on each of the chapters will be:

In a press release, Todd McFarlane said, “I’ve waited almost 30 years to be able to get to this moment. To deliver on ideas, I hope they will grow from this initial seed called Spawn’s Universe #1 into a fully formed world populated with hundreds and hundreds of characters in the near future. The stage will be set with this book, and soon I’ll be launching into new monthly titles for the first time since 1992. I can’t wait to show comic readers all the crazy ideas in my head as well as opening up the floodgate to so many talented creators that have said they’d like to join me on this journey.” 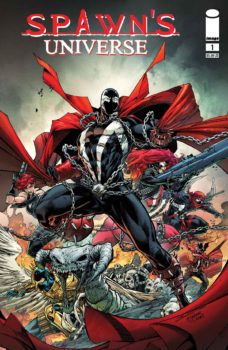 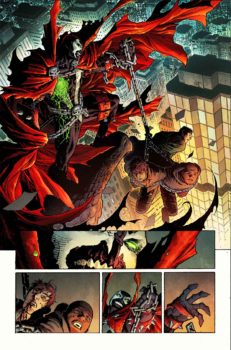 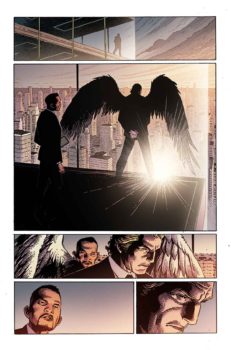