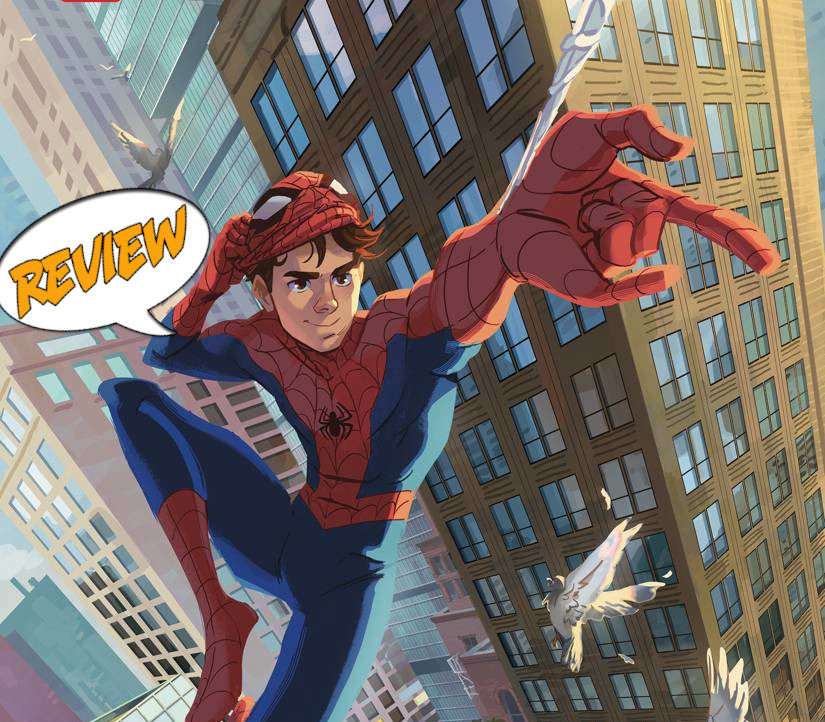 Marvel Action brings us a retelling of the classic origin of Spider-Man and Thanos to bring to your young readers! Check it out in Marvel Action: Origins #1 by IDW Publishing! 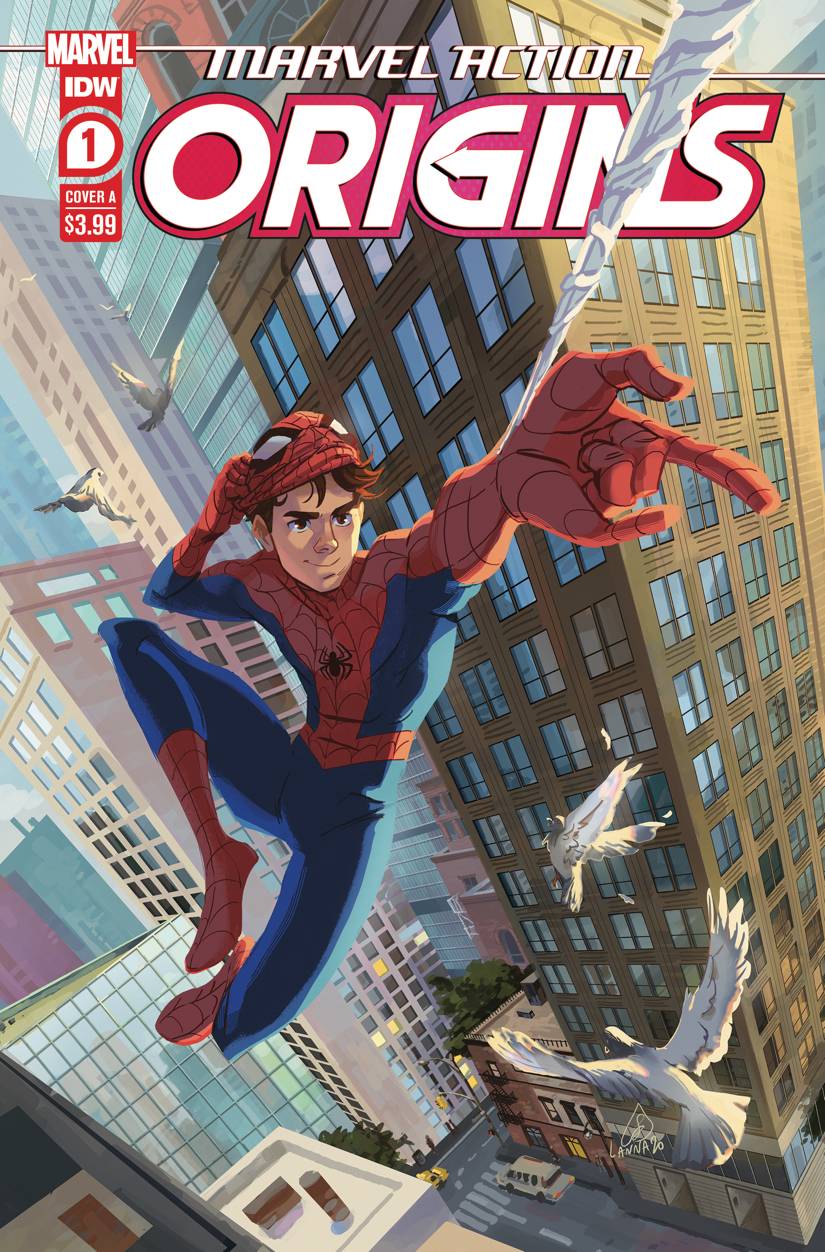 Previously in Marvel Action: This comic series shows two iconic moments in Marvel history. The first is how Peter Parker became Spider-Man and then find out what set Thanos on his path of conquest.

The comic book starts with the story of Peter Parker. His early high school years involved him being bullied by Flash and his uncle reminding him that “with great power comes great responsibility”. On one faithful day, he was at Oscrop and was bitten by a radioactive spider. From there his body began to change and he became a powered being. However, his new skills go to his head, and in a moment of arrogance he let a thief get escape. This person went on to kill his Uncle Ben. From their he realized that he must take responsibility and become the masked hero Spider-Man

Thanos was thrown out of Titan because he had a deviant gene. To prove his worth, he conquered Titan and gather an army to start his empire. His ambition led him to the Cosmic Cube where he defeated the first Captain Marvel to claim it. From there his armies became more powerful. Even still, it wasn’t enough, and he went on to build the infinity gauntlet. In the end, he was still defeated by the Avengers when they had the one thing he didn’t, hope.

I’ve been on a quest to introduce my daughter to comic books. So, when this one came on my radar, I knew I wanted to pick it up. Alright, I admit my three-year-old didn’t make it terribly far, but I attribute that to her age rather than the quality of the title. These stories are not new to us who are familiar to the marvel universe, but I really liked the emphasis on the lessons here. They didn’t shrug away from the death of Uncle Ben, they kept that idea as a defining moment for Peter. Then they really showed Thanos’ ambition as his downfall. The book isn’t violent or gruesome by any means, but it is good to know that they didn’t back away from the main points of the origin because of their target audience. I applaud the creative team for their discretion and judgement

This is a really solid book and the art style of the Marvel IDW stuff is superb. While an old reader isn’t going to get much out of this, this is a high recommend for someone wanting to get into the comics and the Marvel universe as a whole. 4 out of 5 from me. Looking forward to seeing where else this miniseries goes.