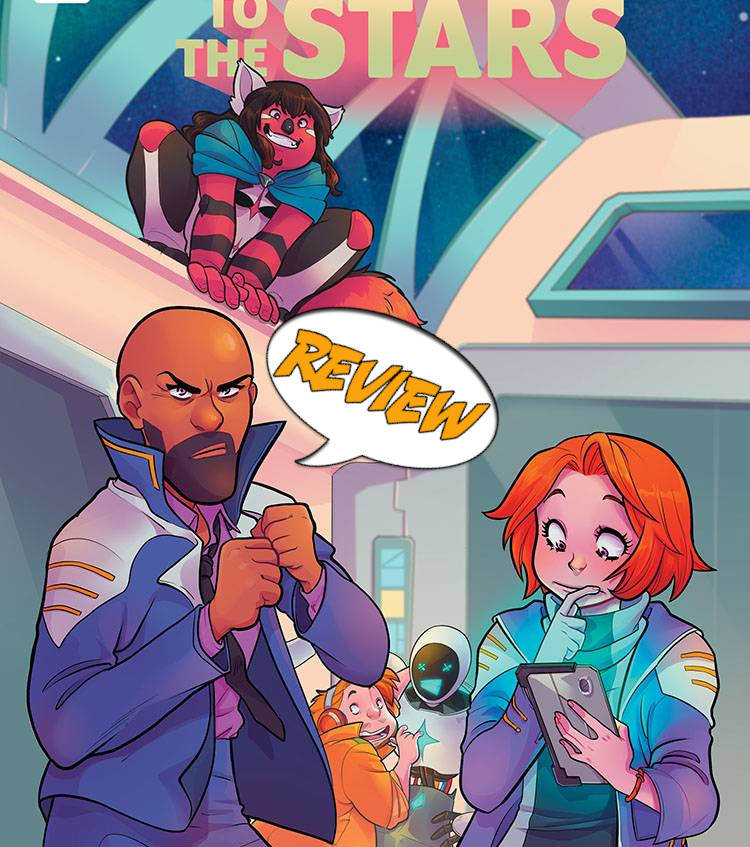 A mismatched crew who failed to save Earth are now Earth’s only survivors! Come check out Captain Tucker Lentz and his team in Voyage to the Stars #1 by IDW Publishing! 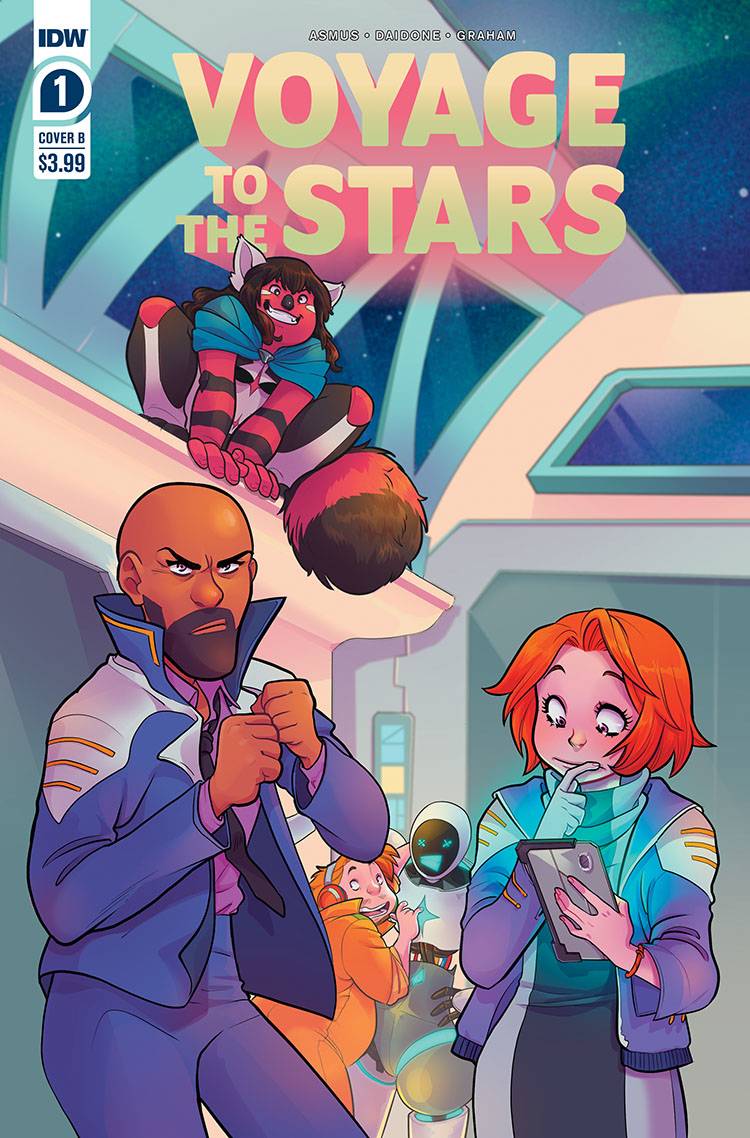 Previously on Voyage of the Stars: This miniseries takes place after the events of the podcast. The “Nothing” has taken over the earth and our heroes have failed to save it. Now they are searching for a Guide who can lead them to a weapon that could defeat the Nothing! Meet the unqualified Captain Tucker Lentz, a scatterbrained scientist Elsa Ranfort, apathetic technician Sew Merkel, and the misanthropic A.I. Sorry on their next leg of their journey.

A DISASTROUS AMOUNT OF FUN

The story starts in the middle of action! Captain Tucker is ducked taped to the side of a mech and his crew is running from a giant monster bunny! It seems that Captain Tucker’s team taped him on the side of the robot for adding literal “Mech Nutz” to the equipment. Stew saves the day by getting rid of the nuts and hitting the alien bunny on the side of the face. They arrive at the location of the Guide; who happens to be a man in a pod.

After returning the pod back to the spaceship, the party looks on what to do next. Captain Tucker doesn’t want to be upstaged so is adamantly against opening this pod. However, the ship and crew frees him anyway and releases the A.I. known as Exemplar! Exemplar immediately begins to call people to their aid and takes over the role of Captain. Tucker fights it and throws a coffee at Exemplar which accidentally causes him to malfunction. Unfortunately, the Knight’s Exemplar are on their location and they aren’t going to be happy that their Guide has been murdered.

This comedy takes the vein of shows like Futerama, Family Guy, and the Simpsons. The comedy is quite crude and gave me a good chuckle. This is not normally my kind of humor but I did appreciate some of the subtext. The story is about a group of failures trying to do the right thing but don’t have the skills to do so. Elsa Rankfort said a line that talked about her two semesters of zoology and having to make a judgement on this alien bunny’s actions. I think there is something there that is actually quite gritty. No one doubts they have to save the world, they just don’t really have the skills to handle the responsibility.

This story is also accompanied by art and I love the exaggerated expressions. The comic doesn’t take itself seriously and seeing someone like Captain Tucker supernaturally held up on a mech by a small amount of duck tape adds to the hilarity of the series. Seeing bodies almost impossibly extend to emphasis a point adds to the aesthetic of the piece. While there is no real realism to this story, it is quite a fun read.

BOTTOM LINE: NOT BAD FOR A PODCAST TURNED COMIC

I find it interesting to see a podcast, which is an audio artform, transition to a visual and written medium. It doesn’t quite fit perfectly because the delivery is based on your pace of reading rather than the voice actor’s skill. However, it is still very fun! While this story is not for me, this story is well made in its own genre. 3.5 out of 5 stars for Voyages to the Stars #1.

Voyage to the Stars #1

Come check out the podcast turned comic book in this comedy space opera! Join unqualified Captain Tucker and his crew as they fight against the "Nothing"!